Catalina Lauf
|
Posted: Jun 22, 2021 10:15 AM
Share   Tweet
The opinions expressed by columnists are their own and do not necessarily represent the views of Townhall.com. 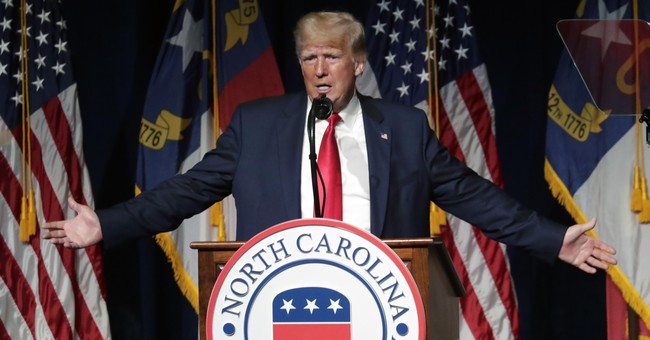 Guatemala is one of the poorest countries in Latin America. Two thirds of the population lives below the poverty line. Half of all children born in the country will suffer from chronic malnutrition, and about a third of all Guatemalans will never learn to read or write. When my mother was born there about five decades ago, her nation was still controlled by violent military juntas – and the country had never held a democratic election.

My grandmother wanted a better life for my mom. She viewed America as the ultimate beacon of opportunity – a place where anyone could come to work hard, make a living, and be liberated from the tyrannical government regimes that choked off freedom and stoked fear. She knew that America would be my mother’s only chance to achieve a better life, and to escape the cycle of poverty and oppression. Together, they immigrated legally to the United States – where, after a few years, they became citizens and began to build their own version of the American Dream.

My family’s immigration story is not unique within the Hispanic community. Millions of other Latino children grew up hearing these same tales of deprivation and despotism from their abuelos and abuelas at the dinner table. Millions of us were raised with a deep appreciation for the dangers of socialism, and the promise of American Dream. Millions of us care personally about continuing the legacy of America’s opportunity for the generations we know will follow us – and that is why millions of us also turned out to vote for President Trump in the most recent presidential election.

The reality is that the agenda of the far Left in this country has taken a dramatic and radical turn. Instead of advocating for the free-market capitalism that immigrants like my family sought, the Democrat Party supports big government and tax hikes. Instead of working to secure our borders and our elections, Nancy Pelosi and her allies are working toward amnesty and radical election reform. They enable criminal activity by refusing to solve the border crisis causing an increase in labor, drug and sex trafficking. And instead of fighting for individual liberty and freedom, the Left chooses to fight culture wars to defund the police, pass the Green New Deal, socialize medicine, implement critical race theory, legalize abortion-on-demand, and take away the right to bear arms.

Without question, the sudden radical shift of the Left has had a galvanizing effect for Republicans – which is exactly why Hispanic Americans have been steadily leaving the Democrat Party in favor of the GOP. In 2020, President Trump took about one third of the Latino vote nationwide, and gained 8% more Latino votes than he won in 2016. He had a historic Latino turnout in states like Florida and Texas – marking one of the best Republican performances in either of those states in the last half century. And earlier this month, Republicans swept a number of local seats in Texas, and even managed to take back the mayorship of McAllen – a border town that is 85 percent Hispanic.

Somehow, the liberal media and far Left continue to be astounded by these steady Republican gains in Hispanic strongholds across the country – and their fundamental misunderstanding of the Latino population is painfully clear. Just last month, President Biden introduced a new executive order to study the effects of climate change on immigration, with the hope that a better global climate will slow immigration to the United States. Earlier this week, after her own visit to Guatemala, Vice President Harris shrugged off questions about her refusal to visit the southern border, bizarrely responding: “I haven’t been to Europe.”

If either of the nation’s top elected officials had any clue about the plight of Hispanic immigrants, they would understand that people like my mother came to this country not because of a bad hurricane, but because of tyrannical, oppressive governments that eliminated freedom and obliterated opportunity. They would understand that their own socialist agenda is exactly what many families risked their lives to escape in the first place. They would also understand that Hispanic Americans are flocking to the GOP because we are the only party that continues to hold working class values – and who, instead of unraveling the nation’s core foundations of liberty and freedom, are working tirelessly to save democracy and opportunity. The Party that respects law and order and rewards individuals based on merit, not illegality.

I’m running for Congress to defend the conservative principles that enabled my mother, and millions like her, to achieve unthinkable heights of prosperity and success. Nobody understands the value of the American Dream more than my family – and I’ll always proudly fight to make sure that generations to come have the same shot at a better life through the promise of America.

Catalina Lauf is a conservative candidate for Illinois’ 16th Congressional District. Born in Woodstock, Illinois to an immigrant mother, Catalina served under President Trump as a top advisor to the United States Department of Commerce.