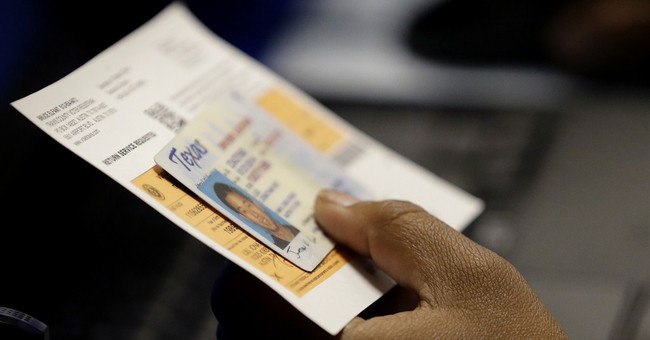 Election season is upon us, and conservatives are once again crying wolf about voter fraud. Over the past few weeks, prominent voices on the right from James O’Keefe to the Heritage Foundation have rallied public attention towards what they perceive as large-scale corruption of America’s elections, painting a picture Democratic thugs driving illegal immigrants to polling places by the truckloads.

While every citizen should rightfully be concerned about the integrity of their vote, there is little evidence that supports the claim that fraud is massive enough to sway an election. Voter ID requirements only add additional obstacles to the polling place, preventing many legal residents from participating in the democratic process. Conservatives should follow in the footsteps of leaders like President Ronald Reagan in supporting open elections to reach out to disenfranchised communities.

Although there are anecdotal examples of voter fraud, no study has conclusively proven that the practice exists on a wide scale. In fact, most point to just the opposite. One recent study by Loyola University law professor Justin Levitt found only 31 incidents of voter fraud since 2000 of over one billion ballots casted. That’s a mere 0.0000031 percent of votes in the past 14 years, nowhere close to enough to have a major impact on elections’ outcomes.

Conservative studies like one recently released by the Heritage Foundation point to specific examples of voter fraud, but most cases of corruption were caught despite the lack of strict ID laws. Some were even caught in spite of the strict voting requirements that were already on the books. Three major cases of fraud were discovered in Florida in 1997 and 2012 and Indiana in 2008, despite the fact that the state already required voters to present ID before casting their ballot.

The fact is that corrupt politicians will try to find away around the law no matter how stringent it is. It should be the duty of the criminal justice system to prevent fraud through prosecution, not legislators by making it harder for legal residents to vote — which voter ID laws more often do.

In fact, 18 percent of adults without valid IDs are seniors — not exactly a liberal demographic. Why would they bother to stand in line for hours at the hell that is the DMV for a card that they almost never use? It hardly seem conservative to force the elderly to interact with often incompetent and rude government bureaucrats in order to exercise the civic rights they have supported through taxes (and perhaps even military service) for decades.

Conservative should look back to see that increasing access to voting is actually a part of their rich history. President Reagan not only signed into law a 25-year extension of the Voter Rights Act of 1965 that modern ballot requirement are based on, he gave it his full endorsement on the basis of open and fair elections: “As I’ve said before, the right to vote is the crown jewel of American liberties, and we will not see its luster diminished.”

Unfortunately, this liberty is being diminished today by the recent spate of voter ID laws that have swept the country. Liberals love to point the figure at conservatives, arguing that racial motivations of suppressing minority votes underlie the laws. While the claim is certainly conspiratorial, the fact remains that it is driving the discussion at the moment, fueling further hatred towards the GOP. Conservatives can destroy this supposed falsehood by supporting open elections. It’s no secret that the Republican Party needs to reach out to build a broader coalition base to fit America’s changing demographics. This would be a first start.