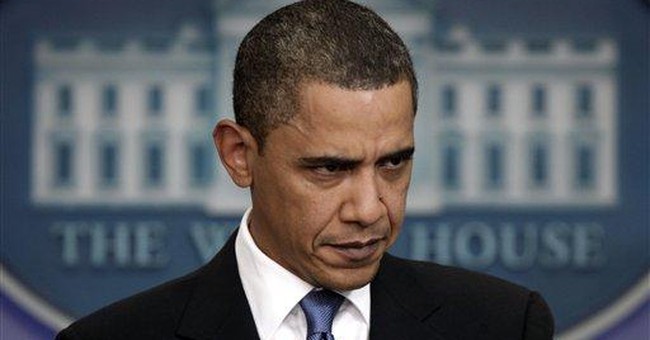 The American public has become familiar with many new political phrases since the start of the Obama administration: Jobs saved or created. Bending the cost curve. And, of course, green jobs. As with all political catch-phrase, Americans should be warned: what they think the term means and the actual policies advanced in its name are often very different things.

President Obama has made the creation of green jobs a centerpiece of his economic agenda. Becoming the “world leader in developing the clean energy technologies that will lead to the industries and jobs of tomorrow” is described by the Administration as “critical to the future of our country.” They are investing billions in pursuit of this goal. http://www.whitehouse.gov/omb/factsheet_key_clean_energy/

The 2009 stimulus bill made a massive investment in “green” enterprises: a $6 billion loan guarantee program targeted to green industry, $5 billion for weatherization assistance, $11 billion for “smart grid” technology and modernized high-tech transmission lines, and $500 million to help train workers for green-related careers. The new budget doubles down with similar “green” investments: hundreds of millions for the research and development of new energy technologies, billions of tax breaks for companies investing in clean energy projects, and $74 million for initiatives to “inspire tens of thousands of young Americans to pursue a career in clean energy.”

Just what are American taxpayers getting for this investment? The Administration has struggled to quantify how many jobs were created by last summer's stimulus; identifying government-created “green jobs” is an even more difficult task. Part of the problem is defining exactly what counts as a “green job.” Employment produced by some initiatives--weatherization support and improving buildings' energy-efficiency--are almost indistinguishable from regular construction jobs. Even the money focused on producing “green” energy products, like solar panels and wind turbines, has effects that trickle far outside “green” sectors since the production process requires raw materials and transportation, which cut across the general economy.

Taxpayers should also be warned that creating a “green job” can be expensive. One report examining state and local efforts to encourage the creation of “green jobs” found that the subsidies sometimes exceed $100,000 per job created. Other analysts have pointed out that much of money targeted for “green job” creation is being sent overseas. ABC News reported that nearly 80 percent of the close to $2 billion in the stimulus bill dedicated to wind power went to foreign manufacturers of wind turbines. http://abcnews.go.com/WN/wind-power-equal-job-power/story?id=9759949

Yet the bigger question is whether it is sensible for the government to invest so heavily in wind power at all. A report by the minority of the U.S. Senate Subcommittee on Green Jobs and the New Economy, entitled “Yellow Light on Green Jobs,” http://bond.senate.gov/public/_files/BondGreenJobsReport.pdf revealed that alternative energy sources remain much more costly than traditional power. The report details:

The report further explains that even this comparison overstates the total efficiency of wind and solar since they operate at full optimization only a fraction of the time, and require traditional sources of energy as backup when the sun or wind disappears.

American families used to hearing stories about dubious bank bailouts, wasteful earmarks, and new spending bills with hundred billion dollar price tags may shrug their shoulders. Yet these “green” efforts aren't just more inefficient, ineffective uses of federal money which require a few more bucks out of our paychecks. Government's meddling in the energy sector distorts the market process, rewarding some less promising technologies, while discouraging the creation of others that could truly revolutionize how we power the economy. Government has a habit of rewarding today's favored technology--at one time, corn-based ethanol; today, wind and solar. This discourages outside-of-the-box innovators since they know they won't be competing on a level playing field, but instead one that's stacked in favor of the politically connected.

Even more worrisome, policymakers know that direct government spending alone won't usher in a new “clean” economy, so they are also pursuing a more surefire path to “green” job creation-- driving up the costs of traditional energy sources either through regulation or a costly cap-and-trade system that acts as a carbon tax. Average American families will find that these policies cost them thousands of dollars as the price of everything from food to fuel rise. And while it may create additional “green” jobs, it will strangle many more traditional jobs, as businesses have to invest more on their energy costs and have less to spend on expansion and job creation.

The term “green jobs” must poll well, but in reality these costly initiatives steer money toward inefficient technologies, thwarted the market process, and ultimately act as a drag on economic growth. Instead of “green jobs,” the Administration should focus on facilitating private sector job creation by reducing how much the government meddles in the market.