Siding With the Victims of Aggression 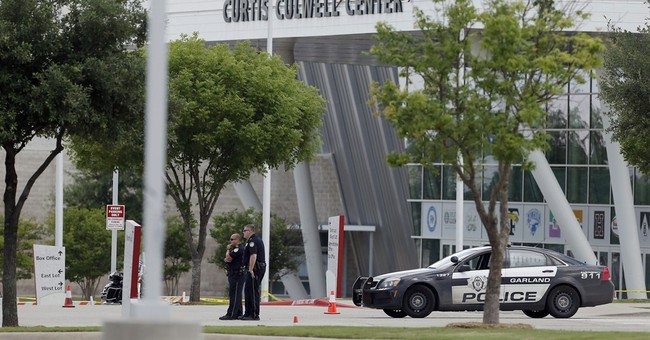 The notion that a rape victim deserved to be raped because she was wearing a tight outfit lights up all our red lights.

This is the case first and foremost because it absolves the rapist of responsibility for his crime.

We are also disgusted by attempts to blame the victim for her victimization because they are substantively false. If men are more likely to rape women in tight clothing then rape should be all but non-existent in traditional Islamic societies. Yet the opposite is the case. Rape and sexual abuse are endemic to such societies. According to the UN, a whopping 99.3 percent of Egyptian women report having suffered sexual abuse.

There is a third, more general reason that we recoil from the thought of blaming rape victims for their suffering. One of the foundations of liberal societies has always been that victims of aggression are not to blame for their attackers’ behavior.

Over the past few days, we have witnessed a dangerous erosion of this principle among American elites.

The goal of the contest was self-evident. The organizers wished to defend the freedom of speech – and the right to life – of critics of Islamic totalitarianism.

Rather than standing with the contest’s organizers and participants, the US media from MSNBC to Fox News attacked Pamela Geller, the event’s main organizer and accused her of responsibility for the attack.

For its part, the White House has refused to condemn the attack.

The White House failed to condemn the terror attack, and the media continued their offensive against Geller even after ISIS claimed credit for the assault, promised to “slaughter” Geller and anyone who shelters her or gives her a microphone, and announced it has a formidable infrastructure across the US it will use to launch more attacks against Americans.

To a degree, the White House’s refusal to condemn the attack, like the media’s pile-on against Geller is understandable. Most Americans ascribe to the overarching notion of “Live and let live.” And it is a good thing they do. It is impossible to maintain a liberal society without a basic tolerance of differences between its members.

But there are groups that a liberal society cannot tolerate without ceasing to be liberal.

When a group says that society as a whole must constrain its freedoms so its members can feel comfortable, it crosses a boundary that cannot be crossed. So too, when a group demands that society choose between it and another group that is not issuing a similar ultimatum, it is crossing the line. In other words, any group that demands a limit on liberty and rights of others is harming the foundations of liberal society. If a society wishes to remain liberal, it must constrain such groups.

Champions of totalitarian Islam test the strength of liberal societies because they force them to choose. Distressingly, as we see with the refusal of the White House and media elites to recognize that like the rape victim with tight clothes, Geller isn’t responsible for the jihadists’ decision to kill her and the participants at her event, elite American society is failing this test.

Geller and her colleagues aren’t the only victims that America’s elites refuse to side with against aggressors. In recent years, on college campuses across America, university authorities have failed to distinguish between tolerant and intolerant groups and so have effectively sided with the intolerant against their victims.

According to a study conducted by the Louis Brandeis Center in Washington last year, more than half of Jewish students at US universities suffered or witnessed anti-Semitism during the preceding year.

This week, Mosaic, the online journal of Jewish affairs published an essay by Prof. Ruth Wisse from Harvard describing the rise and spread of anti-Semitism on campuses throughout the US. To exemplify the process Wisse discussed at length the rapid rise of anti-Semitism at UCLA.

Jew hatred at UCLA burst into the headlines in March when it was reported that members of the student government initially rejected a student’s application to serve on an influential board because she was “very active in the Jewish community.”

The story caused waves of indignation and revulsion from all the right corners. But the incident was not exceptional. A similar incident occurred last month at Stanford. And more no doubt occur regularly under the radar.

These open anti-Semitic assaults are the foreseeable consequence of campus cultures sympathetic to anti-Semitism.

Wisse recalled that at the start of the year, a consortium of anti-Israel organizations asked that candidates for the student council sign a “statement of ethics.” The statement included a pledge not to participate in trips to Israel organized by Zionist groups including the Zionist Organization of America, AIPAC, the Anti-Defamation League or Aish International’s Hasbara Fellowships.

One of the candidates that signed on was elected president of the student council.

Block’s response was shockingly hypocritical. Statements of opposition to homosexuals, women, Muslims, blacks, and any number of other groups are not considered protected speech at UCLA. His claim that anti-Jewish speech is protected when speech against other groups is not is itself a bigoted statement.

Moreover, his claim that the “statement of ethics” is protected speech is intrinsically false. The content of that “statement” was itself an assault on freedom of expression. Its authors and supporters sought to coerce candidates for student leadership into agreeing not to expose themselves to Zionist ideas, and so silence Zionist voices and prevent open debate.

Block made a mockery of free speech by claiming that the “statement of ethics” was protected speech.

A straight line connects Block’s refusal distinguish between anti-Israel aggressors and their pro-Israel victims and the student council’s rejection of a student’s candidacy for office because she is “too Jewish.”

Block made it acceptable to blame the victim at UCLA, as long as the victim is a Jew.

In campuses throughout America, anti-Semitism is legitimate. Anti-Israel goons do not always win their battles for campus boycotts of the Jewish state. But that doesn’t mean they aren’t achieving their what they have set out to accomplish. The primary purpose of anti-Israel groups on campus is not to pass boycott resolutions. Their goal is first and foremost to normalize anti-Semitism by normalizing the libelous claim that there is something intrinsically controversial if not evil about Zionism, Israel, and Jews who support Israel.

Just as the media claims that Geller is responsible for the jihadist attack against her own event, so at US universities, pro-Israel activists — and even non-activist Jewish students and professors who refuse to condemn Israel — are accused of racism. According to the prevailing wisdom, the Jews are the bigots and the aggressors because they refuse to condemn Israel and even dare to support it. In so doing, they hurt the feelings of the anti-Israel activists that cannot peacefully coexist with people who support Israel’s right to exist.

The opposite of course is the case.

The anti-Israel students, like the terrorists in Texas cross the line between acceptable and unacceptable behavior in a liberal society. By demanding that wider society on and off campus choose between them and the Jews who make no parallel demand, they demand that American society side with intolerance and against its foundational principle of “Live and let live.”

One of the great difficulties that those who fight the anti-Semites on campuses face is the fact that a significant number of Jews have joined the anti-Semites in their quest to expel Jews from the public square. Organizations like J Street and Jewish Voices for Peace were established to give a Jewish stamp of approval to anti-Israel campaigns. And they aren’t the only Jews stymying efforts to force university administrations to side with the Jews against their attackers.

Last month, the heads of the Jewish Federation in Orange County reportedly interfered with student celebrations of Yom Haatzmaut at University of California at Irvine on behalf of Muslim anti-Israel protesters who sought to ruin the festivities. According to a report of the events at the online Frontpage Magazine, the pro-Israel students separated participants in their event from Muslim student protesters by placing a line of students waving Israeli and American flags between them.

The move was angrily opposed by Federation Director Lisa Armony and Federation President Shalom Elcott. They reportedly insisted that the Israeli flags be taken down because they were “antagonizing” the anti-Israel protesters.

Next week a consortium of Zionist groups will be demonstrating outside the UJA-Federation building in New York to protest its promotion of groups that support boycotting Israel. The President of the UJA-Federation Alisa Doctoroff is reportedly a major donor to the New Israel Fund which funds pro-boycott groups.

Their refusal to distinguish between the victim and the aggressor, not to mention their willingness to stand with the aggressor against the victim threatens the American Jewish community and weakens the liberal foundations of American society.

The rise and spread of anti-Semitism in elite circles in the US of course also threatens Israel.

What can the government of Israel do to combat the rise of anti-Semitism in America? How can the object of the demonization defeat those who demonize it?

Although its bare 61 seat majority makes Prime Minister Binyamin Netanyahu’s new government unstable, a narrow coalition has a clear advantage over a unity government with the Left. If it wishes to defeat this threat, Israel cannot continue to speak in two voices.

Israel cannot fight the this fight when government ministers participate in J Street conferences. It cannot defend its defenders when members of the government say that Israel is only legitimate if it works actively to cede its capital city to terrorist groups that seek its annihilation.

The government’s response to this onslaught must be clear and uncompromising: The freedom of American Jewry to be Jewish, like the ability of the US to remain a liberal democracy is dependent on restoring the ability of Jewish Americans and American elites to distinguish between victims and aggressors and on their willingness to side with the victims.