The Urgent Business of the Next Government 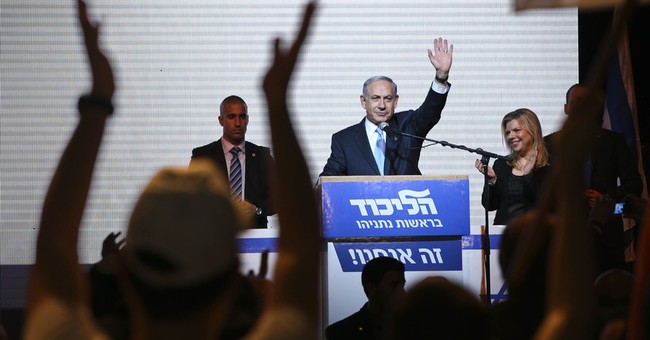 On Tuesday, the people of Israel spoke. They gave a clear mandate to the nationalist camp, led by the Likud and Prime Minister Binyamin Netanyahu, to lead the country.

Now that the people have spoken, our leaders must consider the steps they must take, immediately upon entering office, that will enable them to advance their agenda and so meet the public’s expectations.

To understand why this is necessary, we need to recall why Netanyahu decided to dismantle his last coalition government and opt for an early election. What made Netanyahu decide that he would be better off going to an election and risk losing power rather than maintaining his existing government intact?

There were two developments that caused Netanyahu to break up his coalition government by firing then-justice minister Tzipi Livni and then-finance minister Yair Lapid. First, they voted in favor of the so-called “Israel Hayom” bill, legislation that would have forced the closure of the mass circulation free daily “Israel Hayom.”

Second, they opposed draft legislation for a basic law that would give a new quasi-constitutional anchor to Israel’s Jewish identity – the so-called Nation-State bill.

The “Israel Hayom” bill was a raw act of aggression against Israel’s democratic system. The legislation was an attempt by the political Left, together with media moguls, to censor and silence the only mass circulation Hebrew daily with an editorial line significantly different from the rest of the mass media in the country.

Whether you love or hate the paper owned by Netanyahu’s supporter, billionaire Sheldon Adelson, if you care about Israel’s democratic system, the notion that lawmakers would act in collusion with media moguls – or even on the own – to pass a censorship law with the goal of forcing the closure of a newspaper should disturb you deeply.

Consequently, one of the most urgent orders of business on the next government’s agenda must be to contend with the forces in our society that support censorship of ideas and the ideological uniformity of our mass media.
The proper response to this attempt to silence different voices and prevent an open discourse in this country is not simply to tear up the draft legislation. The proper response is to open up the media market to competition. To this end, the government must direct its attention to the one remaining media market that remains closed to competition: the electronic media.

The government should act as quickly as possible to open the television and radio waves to market forces. Everyone with the financial wherewithal should have the right to buy and operate a radio or television station. To achieve this, the government needs to take two steps.

First, it needs to end all restrictions on content in television and radio broadcasting aside from provisions barring the airing of pornography and other social ills. Second, it needs to make media licensing conditional on the licensee’s prior agreement to broadcast IDF messages during states of emergency. Under the new system, state owned media outlets, including Army Radio, will be privatized.

The second step the government must take to ensure free competition in the mass media is to sell operating licenses to operate television and radio stations. The licenses should be restricted only by the constraints of the electromagnetic spectrum. The right to decide if a media outlet succeeds or fails ought to belong to the public, not to a group of unelected “media professionals” sitting on a content committee.

The “Israel Hayom” draft law was a threat to Israeli democracy. And the threat would have been carried out if the election results had been different. To ensure that we don’t face a similar threat in the future, we need a media market full of different voices saying different things, competing for our attention. As long as Israel Hayom remains the only mass media organ with a unique voice, it will remain under threat from the forces that prefer unanimity to variety in our public discourse.

Although the next Knesset will have the votes to pass the Nation-State bill, there is no pressing need to do so, although it wouldn’t be a bad thing if the legislation did become law. The reason it doesn’t matter one way or another is because the legislation is redundant. Its central components, those that define Israel as the Jewish state, are already anchored in standing law, including basic laws with quasi-constitutional standing.

The Nation-State bill was controversial not because the Left supports changing the national anthem from “Hatikva” to the PLO’s anthem “Baladi, Baladi.” The Left opposed the legislation because its leaders feared the law would weaken the Supreme Court.

And that was indeed the declared purpose of the measure’s proponents. After the bill received the cabinet’s approval last November, Economy Minister Naftali Bennett said that by giving constitutional weight to Israel’s Jewish identity, the law would force the Supreme Court to take the necessity of protecting Israel’s Jewish character into consideration in its rulings.

The problem with this view – again, shared by the bill’s right-wing proponents and its left-wing opponents – is that it ignores the Supreme Court’s record. As we saw as recently as last month, Supreme Court justices have no compunction about ignoring the explicit language of standing laws, including Basic Laws with quasi- constitutional weight.

Basic Law: The Knesset prohibits anti-Zionist parties and candidates who reject Israel’s right to exist from running for the Knesset. And yet, just as they did in previous elections, last month the Supreme Court allowed MK Haneen Zoabi to run for Knesset despite the fact that she rejects Israel’s right to exist.
It is impossible to reform the legal system by passing laws that justices and governmental legal advisers will ignore. The only way to reform the legal system and so strengthen Israeli democracy is to take direct steps to curb the anti-democratic powers that the legal fraternity, led by the court, has arrogated. To this end, the incoming government and Knesset must take four actions, and the quicker they move, the more likely they will be successful.

First, the Knesset must amend standing law in a manner that prohibits justices from legislating from the bench and overturning laws passed by the Knesset. The Knesset must reassert its sole authority to pass laws.

Second, the Knesset must change the way that judges are selected. The authority to appoint judges must be transferred to the justice minister.

The third step the government should take is to introduce uniformity to the process of appointing senior government officials – including the attorney- general and the IDF chief of staff.

The relevant minister should be given the power to appoint subordinate officials. Like judges, their appointments should be subject to government approval.

The prevailing system for senior appointments empowers a group of unelected officials and former officials, generally appointed by the president of the Supreme Court, to nominate or screen candidates for senior positions and then force the government to rubber-stamp its decisions. The system was developed to prevent a certain type of abuse of power. But it has created an even greater abuse of power.

By marginalizing the role of elected officials in the appointments process, unelected clerks, appointed by an unelected justice, have affected a sort of bureaucratic coup that denies the public’s representatives the ability to perform their basic function of carrying out the people’s will.

The final step the government must take to ensure it is able to conduct the business of leading the country in accordance with the public’s wishes is to end the current practice of elevating the unelected attorney-general and his colleagues, the legal advisers in the various government ministries and in the Knesset, above the country’s elected leaders. It is an affront to the norms of democracy and good governance, not to mention public hygiene that under the current system the attorney- general can and often does refuse to defend government decisions when they are challenged in the Supreme Court.

If Netanyahu’s next government takes the steps outlined above, not only will it strengthen Israeli democracy. It will make it far easier for the government to meet Israel’s manifold challenges – from expanding housing construction to improving the education system, to saving the bankrupt medical system to developing policies for dealing with the kangaroo courts abroad seeking to delegitimize Israel’s right to exist.

Steps must also be taken to correct the pathologies we discovered during the latest election. Over the past three months, we learned that our election finance laws are a disaster.

Under the current legal regime, political parties receive public financing. Their ability to receive private donations is harshly restricted. On the other hand, soft money, even funds from foreign governments and foreign donors, is completely unrestricted.

As a consequence, foreign governments and non-citizens can buy themselves more powerful microphones than the political parties running for election. This is true even in the case of organizations like V15, A Million Hands and the 200 retired commanders who hate Bibi, whose expressed goal of defeating Netanyahu and the Likud was explicitly partisan.

In theory, there are two ways of correcting the system’s glaring inequity. Either soft money can be as heavily regulated as state election funding; or restrictions on direct donations to political parties can be removed. In practice, there is no way to effectively restrict the operation of non-partisan political operatives during an election. The only way to level the playing field that is enforceable is to allow unrestricted donations to political parties.

Failure to provide a complete and accurate accounting of these issues should be defined as a felony offense, and offenders should be subject to mandatory imprisonment.
The last government collapsed due to the weakness of Israel’s democratic institutions. The most acute expressions of that weakness are the closed electronic media market and the tyranny of our unelected legal fraternity. Most recently, the deficiencies of our election finance laws was also exposed as a threat to our system, easily exploited by foreign influence peddlers.

From the moment it takes office, the next government is going to be faced with massive challenges on every front. To surmount them, and so ensure it can fulfill the mandate it received from the public, our elected leaders must take immediate steps to strengthen our democracy.