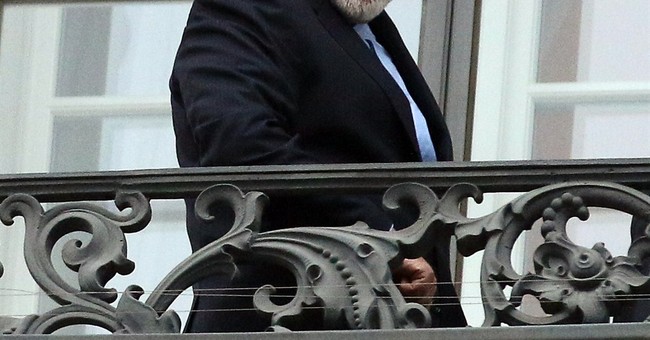 The Obama administration will never abandon its courtship of Iran.

On the eve of the extended deadline in the US-led six-party talks with Iran regarding Tehran’s illicit nuclear weapons program, the one thing that is absolutely clear is that courting Iran is the centerpiece of US President Barack Obama’s Middle East policy. Come what may in Geneva, this will not change.

To be clear, Obama does not seek to check Iran’s rise to regional hegemony by appeasing it. None of the actions he has taken to date with regard to Iran can be construed as efforts to check or contain Iran.

Their goal is to cultivate a US alliance with Iran. As Obama sees things, Iran for him is what China was for then US president Richard Nixon. Nixon didn’t normalize US relations with the People’s Republic of China in order to harm the Chinese Communists. And Obama isn’t wooing Iran’s Islamic revolutionaries in order to harm them.

Unfortunately for the world, China is not a relevant analogy for Iran. Nixon sought to develop ties with Beijing because he wanted to pry the Chinese out of the Soviet orbit. Courting China meant harming Moscow, and Moscow was the US’s greatest foe.

There is no Moscow that will be weakened by the US’s empowerment of Tehran. The only parties directly and immediately harmed by Obama’s policy of courting Iran are America’s allies in the Middle East.

The Allies’ appeasement deal with the Nazis in 1938 had three victims: Czechoslovakia, the rest of Europe, and the rest of the world.

Obama’s policy of courting Iran also has three victims: Israel, the Sunni Arab states, and the rest of the world.

Obama’s initiation of the six-power nuclear talks with Iran harms Israel because the talks facilitate Iran’s nuclear program. That is, Obama is enabling Iran to develop the means to attack Israel with nuclear weapons.

According to press reports of the content of the negotiations, the US has already abandoned its major red lines. It has abandoned its demand that Iran dismantle its centrifuges. Late last week the US was reportedly about to abandon its demand for Iranian transparency to the International Atomic Energy Agency regarding its past work on atomic bomb development.

In other words, the deal the US was hoping to conclude this week with Iran, and will now continue negotiating next month, involves taking no serious action to curtail Iran’s progress in developing nuclear weapons.

And in exchange for taking no action to curtail its nuclear progress, Iran demands and will likely receive a complete abrogation of binding UN Security Council economic sanctions against it. Those sanctions were passed in response to Iran’s illicit nuclear progress. The deal the US is now willing to sign renders Iran’s nuclear program legitimate.

As the Americans have engaged in obsessive-compulsive nuclear negotiations with Iran, the Iranians have divided their attention between nuclear development and regional expansion. In September they took over Yemen.

Houthi militia from northern Yemen took over Yemen’s capital city Sana’a that month. The Houthi are Shi’ite, and are to Yemen what Iran’s Lebanese Shi’ite proxy Hezbollah is to Lebanon. The Houthis, who are already a major force in the US-trained Yemeni armed forces, are demanding control over them.

In addition to its proxy’s takeover of Yemen, as Middle East analyst Tony Badran reported earlier this month, the Iranian leadership is orchestrating a major information campaign to present itself as the regional hegemon to regional actors.

Iran, these photo-ops and visits signal, is the new boss of the region.

The Houthis already fought a border war with Saudi Arabia in 2009. The Iranian proxy’s control over much of the border today is a clear threat to Saudi sovereignty. In light of the close ties the Houthis have spent the past decade cultivating with Saudi Arabia’s Shi’ite minority, it is also a threat to the internal political stability of the kingdom.

As the Obama administration has erased red line after red line in the nuclear talks, and sided with Hamas and the Muslim Brotherhood and other Iranian Sunni allies against US allies, Iran’s leaders have gloated that their hegemony over Yemen raises to four the number of Arab states under their dominion, that list including Iraq, Syria and Lebanon.

Iran’s control over Yemen is a direct threat to the world economy. Before the Houthis marched on Sana’a, Iran was able to threaten global oil markets with its sovereignty over the Straits of Hormuz that controls naval traffic between the Red Sea and the Indian Ocean. With the Port of Aden, Iran will also control maritime traffic between the Persian Gulf and the Indian Ocean.

It is true that massive increases in US oil sales due to its shale oil development will reduce some of the Middle East’s power to dictate oil prices. But Middle Eastern oil sales still constitute 40 percent of the world market and will continue to be a massive force in the global economy in the coming years. As the force controlling the flow of that oil, Iran will exert massive influence over the global economy.

Add to that the fact that Iran’s Hezbollah has sleeper cells in every major city in Europe and in several hubs in North America, and that Iran has strategic alliances with Venezuela and Nicaragua, a nuclear- armed Iran exerting hegemonic control over the Middle East and its oil exports will become a strategic danger to the global economy and global security.

One of the many eyebrow-raising aspects of Obama’s courtship of Iran is that it isn’t tied to a US retreat from the region. The US isn’t retreating.

Obama has ordered hundreds of air strikes on Islamic State targets to date, and more will undoubtedly follow. The US participated in the NATO overthrow of Libyan leader Muammar Gaddafi. US power remains a major factor in regional affairs, and Obama has not shied away from using it during his tenure in office.

With the rise of China today, some US analysts question the wisdom of Nixon’s opening to Beijing. But there is little argument that his China gambit caused strategic damage to the Soviet Union and contributed to the US victory in the Cold War.

Not only will Obama’s Iran opening not redound to the US’s benefit in the short term. Its inevitable result will be a decade or more of major and minor regional wars and chronic instability, with the nuclear-armed Iran threatening the survival of all of America’s regional allies. It will also lead to shocks in the global economy and massively expand Iran’s direct coercive power over the word as a whole.

Not only is Obama no Nixon, compared to him, Neville Chamberlain looks like a minor, almost insignificant failure.