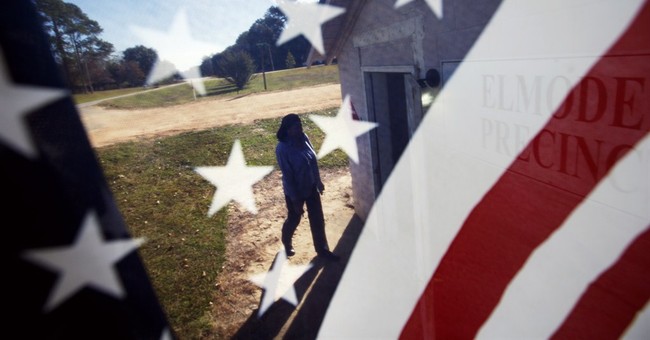 To whom much is given much is required. As tempting as it may be, voters aren't interested in hearing the GOP gloat about the 2014 midterm results any longer. Nationwide, voters showed up at the ballot box last Tuesday willing to loan the GOP two years to slow and to stop big government progressivism. What's at stake is nothing less than the American way of life; the American Dream. America remains the world's last best hope for freedom and economic prosperity, and we're tired of being punished by the policies of President Obama and the radical Left for the pursuit and achievement of our goals.

Never in my lifetime have I seen a president use coercion, guilt, and deprivation to stunt his fellow American's ability to rise to their potential. Liberal policies create more poverty and dependence by encouraging voters to take advantage of government welfare rather than work, this inevitably leads to more discouraged couch potatoes. However, I'm convinced that many, if not most, liberals believed they had their constituent's best interest at heart. I don't believe this is the case with President Barack Obama. Modern day progressivism requires a sacrifice from both its admirers and opponents - our demise is crucial to its success.

In Dinesh D'souza's book "America: Imagine A World Without Her," he effectively differentiates between 20th century progressives (such as former presidents Teddy Roosevelt and Woodrow Wilson), and modern progressives (such as President Obama, Bill Ayers, and Ward Churchill). D'souza explained:

"Roosevelt and Wilson were traditional American patriots who wanted to enact reforms, but not remake an America they believed was fundamentally good, indeed great. The new progressive ideology proceeds from a powerful left-wing critique of America, one that grew out of the 1960s and has been refined and elaborated since then. This critique builds on a single idea: theft."

Obama believes the only reason the United States has been such a successful experiment is due to plunder and conquest of places such as Asia, Africa, and the Middle East. The right thing to do, in his opinion, is to make amends or pay atonement. How? By wealth redistribution, not with his own wealth of course, but with yours and mine.

In a round of intellectual jiu jitsu, Dinesh D'souza argued that modern progressives are the real thieves:

"they use the power of the state to seize the property and possessions of people who have earned them. In the name of the ordinary citizen, progressives have declared war on the wealth creators. Yet they are not on the side of the ordinary citizen, because their policies lead to stagnation, impoverishment, indebtedness, and decline-all in evidence today. It is progressives who rely on government seizure and bureaucratic conquest to achieve their goals and increase their power. We work, and they eat. Progressives have a comprehensive scheme, one that relies on deceit, to win political support for their wealth confiscation."

In essence, the president of the "free world" believes that ordinary citizens (like you and I) are accomplices to America's great crime of slavery by making the most of the opportunities our nation grants us. Therefore, simply because we're American citizens, we should feel guilty enough to voluntarily relinquish our earned assets. Additionally, if we're not smart enough to see the error of our ways so that we willingly give up our accumulated wealth, he and his compassionate progressive allies like Lois Lerner and Eric Holder will use the power of the federal government to change our minds or bank accounts.

Americans emphatically rejected Leftism Tuesday. In part, because Democrats forgot the very people they claim to represent: "the little guy." Consider the person who dreams of going to college, starting a business, or getting a promotion. Or the elderly couple surviving on their retirement savings, the parents raising their kids in a decent neighborhood, or simply the single parent who struggles to buy a Christmas gift for their child. They forgot about the people chasing behind the leftwing Uhaul that democrats used to cram our confiscated dreams into. Democrats neglected the "we ain't made it yet but we want to" crowd.

In other words, liberal elitists became all they could be, given the opportunities afforded to them by our great nation, then proceeded to shut the doors of success behind them. Those of us that are still in pursuit of our slice of the American dream aren't the least bit interested in being deprived of our aspirations by people like President Obama, and we certainly aren't going to be relegated to lifelong servitude under faculty lounge theorist.

Americans declared our independence once, and last Tuesday we did it again.