Carl Horowitz
|
Posted: Aug 31, 2020 9:19 AM
Share   Tweet
The opinions expressed by columnists are their own and do not necessarily represent the views of Townhall.com. 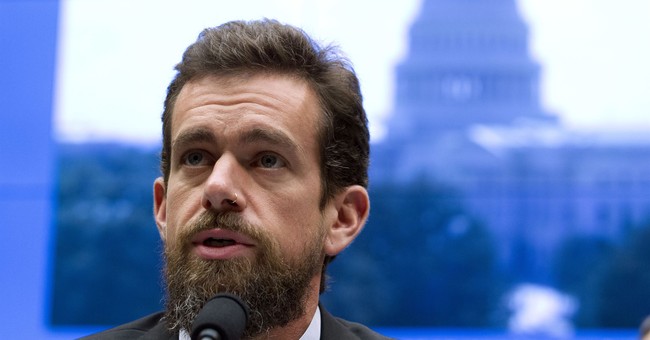 One of the more reprehensible effects of the current round of urban riots is the seemingly endless fawning by major corporate executives over people who have instigated them. These businessmen openly support Black Lives Matter (BLM), a social media-driven radical network founded in 2013 by three black female community activists. One business leader in particular, Twitter’s Jack Dorsey, is going that extra mile.

BLM, which quickly became, and remains, an intimidating force on our streets and college campuses, is explicit about its goals. After George Floyd’s death in the custody of Minneapolis police triggered the rioting, the group set up a petition, #DefundThePolice. “We call for an end to the systemic racism that allows this culture of corruption to go unchecked and our lives to be taken,” read the manifesto. “We call for a national defunding of police.”

Patrisse Cullors, one of the three co-founders, admitted in an interview with Real News Network in 2015 that she and co-founder Alicia Garza are “trained Marxists” who are “super-versed on, sort of, ideological theories.” Cullors acknowledges her debt to Joanne Chesimard aka “Assata Shakur,” a black woman who murdered a white New Jersey State Trooper in 1973 and subsequently escaped from prison and resettled in Cuba. Cullors also calls black Communist revolutionary Angela Davis “one of my greatest teachers.” Ms. Garza, for her part, denounced capitalism at a Net Impact Conference in 2016 as the root of America’s social problems.

One would think that any businessman with an instinct for self-preservation would stay as far away as possible from this outfit. Yet many executives are doing the opposite. Brian Chesky, co-founder and CEO of online lodging service Airbnb, recently tweeted: “Black Lives Matter. We stand with those using their voices peacefully calling for justice, fairness and racial equality.” Tim Cook, CEO of Apple Inc., affirmed his support for Black Lives Matter by bringing in Apple Music to participate in BLM’s Black Out Tuesday event on June 2.

The support hardly ends there. Airbnb, Amazon, DoorDash, DropBox, Gatorade and Nabisco each have pledged hundreds of thousands of dollars to a Black Lives Matter nonprofit offshoot, the Black Lives Matter Global Network Foundation. The founders of the Los Angeles-based Thrive Market, an online organic foods retailer, recently announced it was donating $50,000 to the foundation and providing two-to-one matching donations by employees to former NFL quarterback and current revolutionary activist Colin Kaepernick’s Know Your Rights Camp Legal Defense Initiative and the Atlanta Solidarity Fund. To Black Lives Matter, the company stated: “We see you, we stand with you, and we support you.”

Jack Dorsey, co-founder and CEO of the San Francisco-based Twitter and mobile payment app platform Square, is in a class by himself. The 43-year-old Dorsey, whose net worth now exceeds $8 billion, for years has worked closely with Black Lives Matter. As the National Legal and Policy Center noted recently, Dorsey unveiled a #blacklivesmatter wall painting at Twitter headquarters. His fist-clenching photo-op several years ago with BLM spokesman DeRay Mckesson virtually symbolizes the merging of corporations and the Left. In Twitter’s case, there is profit to be mined through revolution. BLM-inspired rioters sending and receiving tweets is like money in the bank.

Dorsey this year has been using his personal net worth to radicalize America through philanthropy. This April he moved $1 billion of Square stock into a startup nonprofit, Start Small, which already has made an impact. Dorsey announced plans in July to donate $3 million to Mayors for a Guaranteed Income and various pilot programs in hopes of creating a “universal” program in which people receive government payments regardless of employment status. “This is one tool to close the wealth gap and income gap, level systemic race and gender inequalities, and create economic security for families,” he tweeted, sounding like a man running for office.

Related to this, Dorsey has donated another $3 million to Humanity Forward, a nonprofit founded by 2020 Democratic presidential candidate Andrew Yang who during his campaign proposed a national household income floor of $1,000 per month. Yang inspired Senator and Vice-Presidential nominee Kamala Harris, D-Calif., this past May to unveil the Monthly Economic Crisis Support Act to provide a $2,000 monthly rebate to each qualifying adult (plus an additional $2,000 rebate per child) for the duration of the coronavirus pandemic.

What defines Dorsey’s philanthropy, most of all, however, is his campaign to eradicate America’s Original Sin, “systemic racism.” This June 3, he announced that he is putting $3 million into Colin Kaepernick’s Know Your Rights Camp, which now is covering legal bills of “freedom fighters” arrested during riots. Dorsey isn’t blindly walking into this. He tweeted that his donation will “advance the liberation and well-being of Black and Brown communities through education, self-empowerment, mass mobilization to elevate the next generation of change leaders.”

In what may be the most telling example of his mindset, Dorsey on August 20 announced that he had donated $10 million, no strings attached, to Ibram X. Kendi, director of Boston University’s Center for Antiracist Research and author of the New York Times bestselling book, How to Be an Antiracist, which effectively is a broadside against the “racist” Western world and America in particular. Dorsey tweeted Kendi that the center’s research would stimulate “much needed and overdue policy change.”

What is genuinely terrifying are the changes that Professor Kendi has in mind. Writing for POLITICO magazine last year, he recommended:

“To fix the original sin of racism, Americans should pass an anti-racist amendment to the U.S. Constitution that enshrines two guiding anti-racist principals (sic): Racial inequity is evidence of racist policy and the different racial groups are equal. The amendment would make unconstitutional racial inequity over a certain threshold, as well as racist ideas by public officials…It would establish and permanently fund the Department of Anti-racism (DOA) comprised of formally trained experts on racism and no political appointees.”

The new department, he emphasizes, would be empowered with “disciplinary tools to wield over and against policymakers and public officials who do not voluntarily change their racist policy and ideas.”

That is what Jack Dorsey is lavishly subsidizing. Fittingly, it won’t buy him good will with street mobs in search of wealth. “Capitalism is essentially racist, and racism is essentially capitalist,” Kendi writes in his book.

Dorsey, his arrogance unruffled, is unfazed. His desire to “start small” carries the implication of wanting to end big. And the end game is State-managed capitalism under which business enterprises join forces with radicalism. Those who object will be moved to the margins of society. As Dorsey has announced his intent to give away his entire fortune, his influence should not be underestimated.

Corporate leaders like Jack Dorsey jeopardize their company brand names by merging profit and political power as barely distinguishable from each other. He’s not so much succumbing to radical shakedown artistry as practicing it. The ultimate victim may be more than the corporation as an institution. It may be America itself.

Carl F. Horowitz is senior fellow at National Legal and Policy Center, a Falls Church, Va.-based nonprofit organization dedicated to promoting ethics and accountability in American public life. His new monograph, “Slavery Reparations: Revival of a Bad Idea,” can be found on the group’s website at www.nlpc.org.