Why You Should Mourn Implementation of the Paris Climate Agreement

Calvin Beisner
|
Posted: Apr 07, 2016 12:01 AM
Share   Tweet
The opinions expressed by columnists are their own and do not necessarily represent the views of Townhall.com. 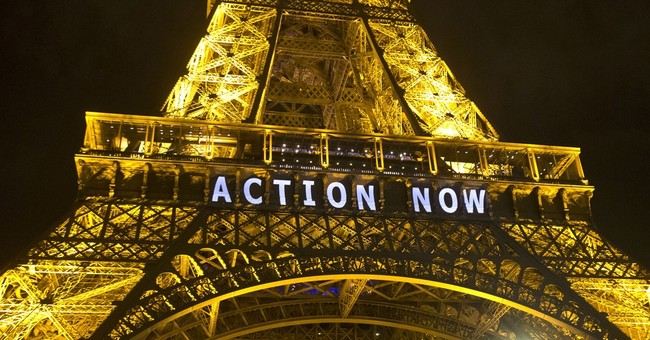 The climate agreement reached in Paris last December will become effective on Earth Day, (Friday, April 22) with a ceremony at the United Nations headquarters in New York City.

We’ll all hear of heroic world leaders who joined together in Paris to ensure the planet’s survival. The Obama administration will try to enforce the agreement (which meets all the legal criteria of a treaty though the President chooses not to call it that to evade Senate disapproval) by imposing the Environmental Protection Agency’s controversial “Clean Power Plan” (CPP), which aims to reduce carbon dioxide emissions from U.S. power plants by 32% by 2030, and other onerous regulations that will drive up utility rates.

What we won’t hear much about are the Americans harmed by the rising energy prices the policies cause.

The higher rates will affect all Americans, but the impoverished and working poor will suffer most. Many already experience “energy poverty,” in which a household spends 10 percent or more of its income on household energy costs (excluding gasoline and other transportation-related costs). Many others will be driven into it.

The lower you push CO2 emissions, the more expensive it is to generate electricity. Not surprisingly, richer people can afford more expensive things than poorer people. That includes energy. Consequently, the poorer you are, the less likely you are to choose more expensive energy sources.

Richer states, like the Pacific Coast, New England, and New York (which averaged $46,954 per capita in income in 2012, one-tenth more than the national average), have already pushed their CO2 emissions down somewhat. Poorer states, like South Central States, Texas, and Mountain States (which averaged $36,854 per capita in income, 14% lower than the national average and more than a fifth lower than those richer states), have not.

Because the poor spend a higher percentage of their incomes on energy in the first place, an increase in energy prices—which implementation of the CPP and the Paris climate agreement would cause—will cause disproportionately heavy harm to them, ironically functioning as if it were a regressive tax.

Consider examples from a few states, according to data from the U.S. Department of Energy’s Energy Information Agency:

Data for these and twelve other states are summarized in the Cornwall Alliance’s A Call to Truth, Prudence, and Protection of the Poor 2014.”

To comprehend the impact of EPA’s proposed new rule on America’s poorest, just imagine what it would be like to have to spend three-fourths of your household income on energy, leaving only one-fourth for food, clothing, shelter, transportation, health care, education, and everything else combined.

That’s why we should mourn, not celebrate, implementation of the Paris climate agreement on Earth Day.