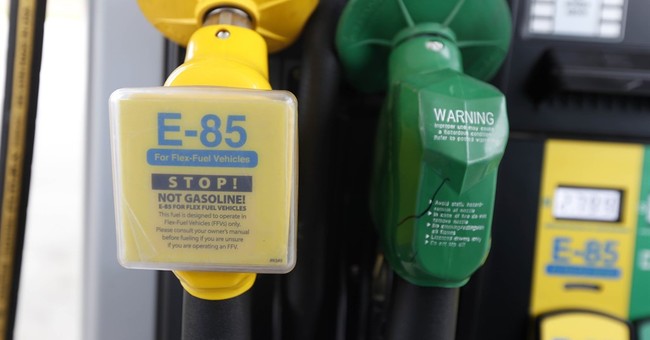 The slave economy involved a clear cause-and-effect relationship between behavior that is morally reprehensible in principle—kidnapping and enslaving people—and unambiguous harm to the victims, including captivity, family separation, frequent beatings, back-breaking labor without reward, and unsanitary living conditions.

The fossil fuel energy economy is nothing like that.

First, the basic behavior of mining coal, oil, and natural gas and extracting energy from them to meet people’s needs is not by any stretch of the imagination morally reprehensible in principle.

Second, its consequences are far more beneficial than harmful.

Abundant, affordable, reliable energy from fossil fuels has lifted billions of people in the developed world out of poverty and the high rates of disease and premature death that invariably accompany it. It’s given them access to pure drinking water, sewage sanitation, and the electric power they need for light and cooking and heating and cooling and refrigeration to prevent food spoilage and communications and all the myriad other things we in developed countries take for granted. It’s done this at a cost of a few minutes a day of labor for the typical household. And the result has been, among many other benefits, a reduction in infant and child mortality rates from nearly 50% to under 1%, and an increase in life expectancy from under 30 years to nearly 80.

Compare that with the situation of the average sub-Saharan African household. There, the average woman spends six to eight hours a day—hours she can’t spend doing other productive things to raise herself and her children out of poverty—just gathering wood and dung, which she uses as her primary cooking and heating fuels, smoke from which kills 2 to 4 million people a year, mostly women and children, and causes upper respiratory diseases and eye infections in hundreds of millions of others every year, diminishing their capacity to work and conquer poverty.

What the billions living that way desperately need is abundant, affordable, reliable energy, especially in the form of on-demand, unintermittent electricity, and in developing countries, fossil fuels are far and away the best way to provide that. Wind and solar power, because they lack the energy density and power density of fossil fuels and because they wax and wane and sometimes cease completely, can’t provide that.

If there’s any relationship between fossil fuels and slavery, it’s that our learning to extract energy from fossil fuels made slavery economically obsolete. Instead of employing a few thousand calories per day of biological energy from each slave, farmers now use millions of calories of energy a day from fossil fuels to operate the machinery that enables them to feed and clothe not just themselves but scores more people.

Of course, Suzuki’s worried about the warming effect of the carbon dioxide emitted when we burn fossil fuels.

But even if the UN Intergovernmental Panel on Climate Change is right and a doubling of atmospheric CO2 concentration results—after two or three centuries—in a 3°C increase in global average temperature (and recent empirical studies indicate the models exaggerate warming by two to ten times), the benefits of the energy fossil fuels give us will far outweigh whatever harms come from the warming.

Even the IPCC’s own Working Group 3 predicts that at the end of both this century and the next, the countries that are now the poorest will be best off in the warmest scenario and worst off in the coolest—because achieving the coolest (if it can be done at all) would require depriving them of the economic development the forgone fossil fuel use would have made possible.

Suzuki may not want it, but the real consequence of the policies Suzuki wants is to trap the world’s poorest in their poverty—and hunger, disease, and premature death—for generations to come, and to push those in lower income brackets in developed countries back into grinding poverty. If Suzuki’s looking for something to compare with slavery, the policies he wants are a far better analogy than fossil fuels.