Cal Thomas
|
Posted: Oct 17, 2019 12:01 AM
Share   Tweet
The opinions expressed by columnists are their own and do not necessarily represent the views of Townhall.com. 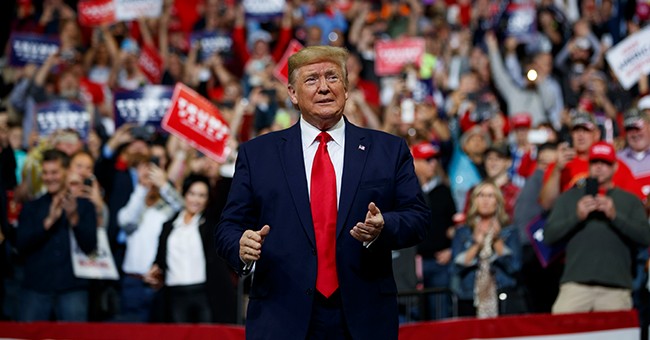 Depending on the polls you read and how you read them, nearly half of those surveyed want the House impeachment inquiry of President Trump to continue. That is not the same as wanting him impeached, much less convicted by the Senate and removed from office, but it represents a momentum the president needs to address and soon.

The president is correct that he is being treated "unfairly" and has been since before the election, which the left still resents his having won. Still, would the president be in such deep water if he displayed a different personality, or at least was kinder to his political opponents?

Last week at a rally in Minnesota, the president said Barack Obama chose Joe Biden as his running mate in 2008, because "Biden understood how to kiss Barack Obama's ass." That gets his mostly white rally-goers energized, but what effect does it have on the rest of the country?

Ellen DeGeneres recently demonstrated a different model for relating to political opposites. She was seen at a football game sitting in a box and smiling with former President George W. Bush, whose father was criticized by some on the right for speaking of the need for a "kinder and gentler" nation. DeGeneres said people should be more kind to each other, even if they have different political beliefs.

The New York Post noted, "DeGeneres, 61, has banned numerous celebrities from appearing on her show when they have expressed views that contradict her own, including those who have vocalized their anti-gay marriage views." DeGeneres is gay and married to a woman.

Inconsistency is not unique to DeGeneres, but she has a point worth considering.

In their biography of the late Jack Kemp, the former congressman, 1996 vice presidential candidate and later HUD secretary, Fred Barnes and Morton Kondracke write: "Kemp embodied a spirit sorely missing in today's politics -- in both parties. Kemp was positive, optimistic, idealistic, energetic, growth-and opportunity-oriented. He was incapable of personal attack and negative campaigning, even when it cost him. 'The purpose of politics,' he said, 'is not to defeat your opponent as much as it is to provide superior leadership and better ideas than the opposition.'"

One of my favorite Kemp lines was that you don't beat a thesis with an anti-thesis; you beat it with a better thesis.

President Trump has a better thesis. Like Kemp's promotion of supply-side economics in the 1970s, which Ronald Reagan came to embrace, leading to an economic boom, Trump's policies are working. He should spend less time calling his opponents names and more time dissecting policies that have failed the country in the past.

Democrats have nothing to offer but "free" stuff and impeachment. They are trying to make the president's personality central to what some have called a "coup." He is helping them. It is one thing to be combative, but quite another to be mean.

The president is pushing back against his critics in ways no other recent Republican president has done and good for him for doing so. But there is a way to do it that wins votes and prevails in the next election and another way that detracts from the president's multiple achievements and could lead to political disaster.

The Old Testament prophet, Jeremiah, rhetorically asks, "Can a leopard change his spots?" At his age President Trump may not be able to change his "spots," but he can tone down the invective against opponents, which is only giving them and everyone else who hates him permission to fire back in a similar manner.