Cal Thomas
|
Posted: Nov 06, 2018 12:01 AM
Share   Tweet
The opinions expressed by columnists are their own and do not necessarily represent the views of Townhall.com. 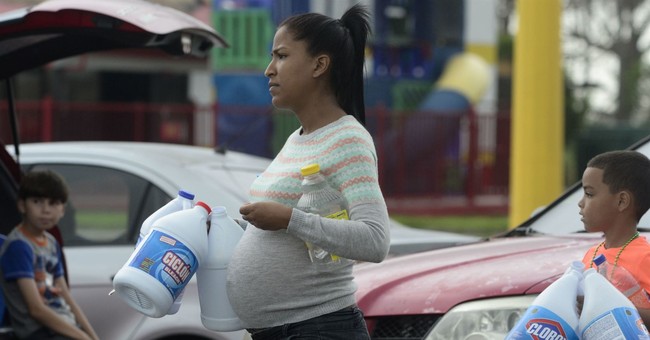 In 2004, nearly 80 percent of Irish voters decided to end birthright citizenship. In its coverage the BBC said, "The government said change was needed because foreign women were travelling to Ireland to give birth in order to get an EU passport for their babies."

In 1986, The Australian Citizenship Amendment provided that a child born in that country must have at least one parent who is an Australian citizen.

While Portuguese citizenship laws are more complicated due to the existence of former colonies, the laws of that country state that children born to "tourists or short-term visitors" do not automatically acquire citizenship.

According to worldatlas.com, 30 countries, including the United States and Canada, offer birthright citizenship, most of the other 28 are either small or like Venezuela where the International Monetary Fund predicts inflation could top 1 million percent by year's end, and where people are more likely clamoring to leave than to get in and give birth.

Clearly a magnet for pregnant women to step over our border and give birth is the instant citizenship their child acquires. When older, that child can then bring in relatives who can also receive all sorts of benefits, including free education and health care.

Who wouldn't want a deal like that? It's almost as good as the benefits Congress votes itself.

American citizenship should not be like a Cracker Jack prize. Read the Senate debate over what became the 14th Amendment to the Constitution and learn about the intentions of its architects, which was to guarantee equal rights for recently freed slaves and their children. It was also a rebuke to the Dred Scott decision, which declared that African Americans were not and could not be citizens of the United States and to Article 1, Section 2 of the U.S. Constitution of 1787, which said that for purposes of representation in Congress, enslaved blacks in a state would be counted "as three fifths of all other Persons."

This is why "original intent" is important. The words concerning the 14th Amendment -- one from a Republican, the other from a Democrat -- are instructive in understanding the amendment's purpose and meaning.

Sen. Jacob Howard (R-MI), who wrote the citizenship clause, said of the amendment: "This will not, of course, include persons born in the United States who are foreigners, aliens, [or] who belong to the families of ambassadors or foreign ministers."

If you prefer a more recent opinion, here is Sen. Harry Reid (D-NV) in 1983: "If making it easy to be an illegal alien isn't enough, how about offering a reward for being an illegal immigrant? No sane country would do that, right? Guess again. If you break our laws by entering this country without permission and give birth to a child, we reward that child with U.S. citizenship and guarantee a full access to all public and social services this society provides. And that's a lot of services. Is it any wonder that two-thirds of the babies born at taxpayer expense at country-run hospitals in Los Angeles are born to illegal alien mothers?"

I concur with Trumbull, Howard and Reid and so should the rest of us, if we are to keep America's culture from being overwhelmed and destroyed.