Cal Thomas
|
Posted: Aug 16, 2018 12:01 AM
Share   Tweet
The opinions expressed by columnists are their own and do not necessarily represent the views of Townhall.com. 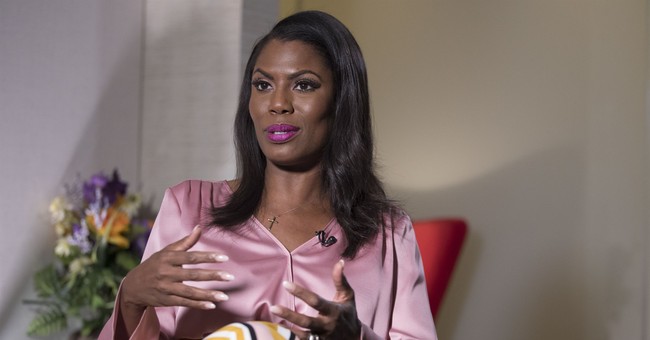 Where have we seen this play before: A woman comes forward to accuse a conservative of inappropriate behavior in hopes of harming him sufficiently so he will be unable to achieve his policy objectives?

People with even short memories will recall "act one" was Anita Hill, a law professor at the University of Oklahoma, who in 1991 accused Supreme Court nominee Clarence Thomas of sexual harassment. Ultimately, it was Hill's word against Thomas' and he was appointed to the Supreme Court by a Senate vote of 52-48.

"Act two" stars one Omarosa Manigault Newman, a former White House aide and Trump supporter who was supposedly eager to reach out to the black community to gain support for the president's policies and break their loyalty to the Democratic Party.

Omarosa has now viciously turned on the president and is making the rounds of liberal media to promote her new tell-all book. The hosts of those programs are likely liberals and so they take her stories about Trump's alleged "racism" and supposed use of the N-word (which she says she only heard second-hand) seriously.

With a story like this, it is always good to seek out the other side, but the left seems reluctant to do that because Omarosa's side suits their objective of bringing down the president. But on that other side there is perspective from a group you might have thought an endangered species: black Republicans.

Sean P. Jackson is chairman of the Black Republican Caucus of Florida. In a press release he said: "Omarosa has proven herself time and time again not to be trustworthy from the day she was fired from the Clinton administration, to when she was fired from (NBC's "The Apprentice") and ... her firing from the Trump administration. None of what Omarosa alleges regarding President Trump in her book was a concern, until now, because it is a fabricated truth. Omarosa's sick and vile attempt to discredit and defame President Trump's character and all the many great Americans who Omarosa speaks of in her book boldly speaks to (her) lack of character..."

There's more. Jackson charges that Omarosa joined the administration under false pretenses: "Omarosa went out of her way to prevent any black Republicans, including (its chairman) from serving in the Trump administration. Omarosa conned the entire Republican Party into believing that she was loyal to the party and would do everything possible to support President Trump's Black America agenda, however, did the opposite. Omarosa sabotaged President Trump's Black America agenda by refusing to allow black Republicans near the White House, ignoring policy proposals drafted and submitted by black Republicans to combat issues in black America, and by refusing to engage with black Americans or to conduct any grassroots outreach to offer inclusion with the Trump administration."

The press release urges people to boycott her book, which conservatives are likely to do, though some liberals will probably turn it into a best-seller, which has been the case with other anti-Trump books.

One question: How did Omarosa get her recording devices into the White House, especially into the super-secret Situation Room? It is there she tells us that Chief of Staff John Kelly fired her and where she recorded his comments.

Expect to see more of Omarosa and hear more of her attacks. The White House issued a statement calling Omarosa a "disgruntled former White House staffer" whose book is "riddled with lies and false accusations." The president said Omarosa begged him for a job "with tears in her eyes." Press Secretary Sarah Huckabee Sanders called the former aide's attempts at character assassination "sad."

It is sad. But when a political party has lost the policy debate and has nothing left but personal attacks that is even sadder.