Executing the Guilty and Innocent in Arkansas

Cal Thomas
|
Posted: Apr 13, 2017 12:00 AM
Share   Tweet
The opinions expressed by columnists are their own and do not necessarily represent the views of Townhall.com. 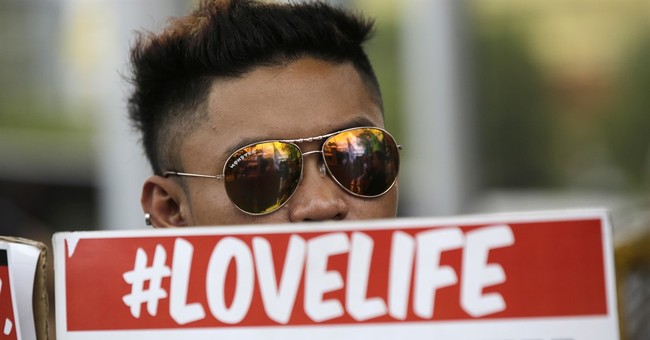 Nearly three dozen men sit on death row in Arkansas, where capital punishment has been suspended since 2005. Unless clemency is granted, seven of them, an eighth man was granted a temporary reprieve, will be given lethal injections all within a 10-day period, between April 17 and 27.

Why so many? Why the rush?

The New York Times reports that the unprecedented pace is "brought about by a looming expiration date for a drug used by the state for lethal injections." The drug is midazolam, "which has been used in several botched and gruesome lethal injections in other states in recent years." Because of the controversy surrounding midazolam's use, "a number of pharmaceutical companies have restricted their drugs from use for capital punishment."

Anti-death penalty groups are upset and the state is having difficulty acquiring a sufficient number of witnesses, as required by law.

These are "bad hombres," as President Trump might describe them. Many of them have been on death row for more than 20 years while the appeals process ground on and relatives of their victims have waited for justice to be served.

Don Davis, now 54, was sentenced to death in 1992. He is to be executed April 17. Davis was convicted of shooting 62-year-old Jane Daniel in the back of the head while robbing her home, even though she complied with his demands to hand over her valuables.

Bruce Earl Ward, 60, is also slated for execution April 17. He's been on death row since 1990 after being convicted of murdering 18-year-old Rebecca Doss at a Little Rock convenience store where she worked the night shift. The court heard testimony that Ward drove around town looking for a victim and strangled the young woman in the store bathroom.

In 1993, Stacey E. Johnson, now 47, raped, beat, strangled and then slit the throat of Carol Heath, a mother of two. Heath was attacked in her home. TheSun newspaper reported her daughter, Ashley, then six, "was found staring out her bedroom window the following morning ... having spent the night knowing her mother was dead in the room next door."

The list goes on, but this is their common profile.

Now for the innocent.

According to the Arkansas Department of Health, 3,771 abortions took place in the state in 2015, a slight drop from the previous year, part of the more than 59 million abortions performed in the United States since the passage of Roe v. Wade in 1973. Where is the anti-death penalty crowd's compassion for those babies and the many women who say they regretted their decision to terminate their pregnancies and would have made a different choice had they received additional information?

Those opposed to capital punishment can certainly gin-up outrage and sympathy for convicted murderers and rapists, but seem to offer very little sympathy to the relatives of their victims and not an ounce of outrage for the innocent unborn who have been aborted.

Is this an unfair comparison? Not at all. Consider this. Many oppose the death penalty because they claim all human life has value. Then is not an innocent unborn human life? How is an unborn baby any less valuable than a convicted rapist or murderer?

For secular-progressives, opposition to the death penalty appears to be based largely on sentiment, not on the intrinsic value of life. Yes, there are reasons to oppose the death penalty. It can often be unequally applied. I get that. But I'm speaking of the larger moral issue.

I am still waiting to hear from them.