Cal Thomas
|
Posted: Nov 22, 2016 12:01 AM
Share   Tweet
The opinions expressed by columnists are their own and do not necessarily represent the views of Townhall.com. 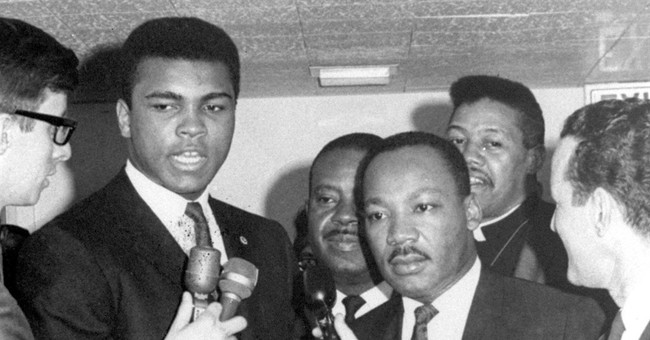 That race continues to be a major source of anxiety and division in America is an undeniable fact. While some politicians continue to use race to divide, Harvard Professor Henry Louis Gates Jr. is trying again to bridge the gap in his latest PBS documentary series "Black America Since MLK."

As a conservative white person, what I like about this program and Gates' previous programs is that he doesn't judge or preach. He lets facts and people speak for themselves. Many whites do not understand the African-American struggle, because they have not lived it. They should listen to the stories.

Oprah Winfrey quotes Jesse Jackson as saying, "Excellence is the best deterrent to racism." Who could disagree with that?

The story that gripped my heart most is told by Ronald Day, a man who grew up in the projects and dropped out of high school because he saw no future for himself. Day turned to selling drugs and made a lot of money before he was eventually caught. He served 15 years in prison. A legitimate point is made that blacks go to prison more often than whites for selling basically the same drug -- crack cocaine in mostly urban areas, powdered cocaine in middle- and upper-class neighborhoods.

The program notes that between 1983 and 1997, the number of African-Americans incarcerated for drug crimes grew by 2,000 percent, more than six times the rate of increase for white Americans.

Gates ends the program by asking: "Were the problems we faced really of our own making, or were they part of the unfinished business that the civil rights movement never had a chance to resolve?" The answer is both, which is not a contradiction.

African-Americans may now be open to listening to new voices. One indication of that is that Donald Trump won 7 percent more of the black vote than Mitt Romney did in 2012.

What I like about Gates is his gentle nature. He draws people out and implores viewers to listen to their legitimate expressions of sadness and anger at not being treated as human beings equal to all other human beings. These programs invite blacks and whites to a table of conversation, not confrontation. It is in listening to each other and our differing life experiences that we create the best atmosphere for bridging the racial divide.

Watch this program and check your local listings for time and date, especially if you are a white conservative. You can also go to PBS.org and see the entire series. It is worth your time. Gates is making a valuable contribution to race relations in America. Who doesn't consider that a worthy and necessary goal?