Cal Thomas
|
Posted: Oct 05, 2016 12:01 AM
Share   Tweet
The opinions expressed by columnists are their own and do not necessarily represent the views of Townhall.com. 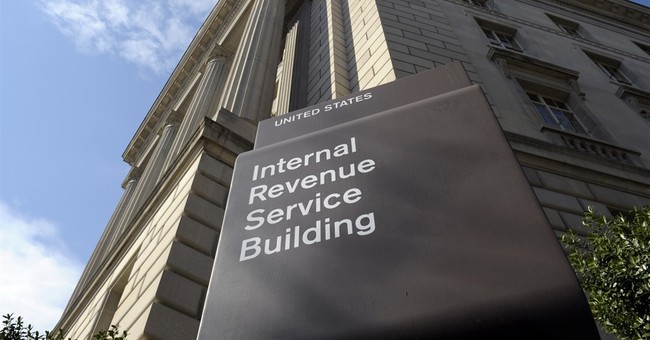 What would you think of an individual or a company that earned a pre-tax profit of $29.9 million in one year, paid nothing in taxes and still received a $3.5 million refund?

Am I speaking of Donald Trump? No, it is The New York Times Company. Forbes magazine studied the newspaper's 2014 annual report, in which the company explained: "The effective tax rate for 2014 was favorably affected by approximately $21.1 million for the reversal of reserves for uncertain tax positions due to the lapse of applicable statutes of limitations."

In other words the Times took advantage of tax laws that only good tax attorneys understand and in doing so was no different than Donald Trump. The Times, which obtained Trump's supposedly confidential tax returns, made a big deal out of the Republican presidential candidate's use of loopholes to avoid paying taxes.

Democrats are trying to make this part of their "fair share" scenario when, in fact, they are making the argument Republicans have been making for years for tax reform, which Trump has promised to do if he's elected president.

The federal government is taking in record amounts of tax revenue, but is approaching a $20 trillion debt. The problem, noted Ronald Reagan, is not that the American people are taxed too little, but that their government spends too much.

No one is saying that Trump's deductions were illegal, but that doesn't matter to Democrats. As a Wall Street Journal editorial noted on Monday, "The left is committed to defeating Mr. Trump by whatever means possible, as many believe this end justifies any means, much as progressives have justified the Edward Snowden leaks despite the damage to national security."

Leaking sealed or private documents is not a new strategy for Democrats. When Barack Obama was a candidate in the Democratic Senate primary in Illinois, the sealed divorce papers of his opponent, Jack Ryan, were shamelessly used to help defeat the "family values" Republican. Had that dirty trick not been used, Obama might never have been a senator, much less president.

Does anyone expect an IRS or Justice Department investigation into who leaked Trump's tax records? Unlikely. FBI Director James Comey's refusal to recommend prosecution of Hillary Clinton for her deliberate mishandling of classified information seems to prove that the Obama administration is little more than an arm of her presidential campaign.

The left's narrative -- stated and implied -- is that everything government does is good, and so it is only right that taxpayers pay increasing amounts of taxes no matter how irresponsible government is in spending them. In this thinking, government has replaced God and taxes have replaced the collection plate, which at least amasses voluntary contributions.

Politicians mostly like the tax code the way it is because they can tweak it in exchange for campaign contributions from lobbyists. For the rest of us, the tax code is a foreign language impossible for most to understand. Even the IRS doesn't fully understand it. If you call the IRS for advice and the advice they give you is wrong, you can still be subject to penalties and interest.

Republicans in high tax states and at the federal level should use the left's "smoking gun" on Trump's taxes as a weapon to demand tax reform. Flat and fair taxes have been suggested. Anything is better than the current system. Real tax reform would ensure that Trump paid some taxes, though they would likely be lower for him than for everyone else who pays them.

After that, maybe the conversation can shift to the real problem: government spending.