Cal Thomas
|
Posted: Aug 25, 2016 12:01 AM
Share   Tweet
The opinions expressed by columnists are their own and do not necessarily represent the views of Townhall.com. 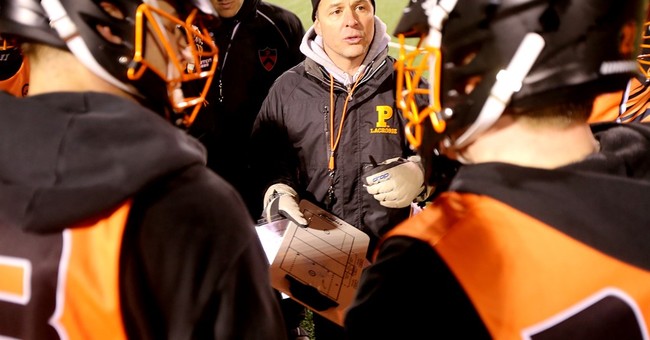 "He created them male and female and blessed them. And he named them "Mankind" when they were created. (Genesis 5:2 NIV)

Poor God. He, or maybe I should say, "It," was so behind the times. If the deity had only gone to Princeton University and had its consciousness raised...

Princeton, that once great school whose purpose at its founding in 1746 was to train ministers and whose motto remains Dei Sub Numine Viget (Under God's Power She Flourishes), has, like other schools of "higher" learning, jumped into the deep end of the pool of political correctness.

Just in time for the fall semester, Princeton has issued "Guidelines for Using Gender Inclusive Language." The guidelines, approved by the university's Office of Human Resources and Office of Communications and endorsed by the Orwellian-like Institutional Equity Planning Group as a preferred University practice, show you where this is headed.

"Gender-inclusive language is writing and speaking about people in a manner that does not use gender-based words," says the guidelines. "Gender binary is the traditional view on human gender, which does not take into consideration individuals who identify as otherwise, including and not limited to transgender, genderqueer, gender nonconforming, and/or intersex."

Gone are references to men and women, male and female. It's what's in your head, not your genitalia, that defines you and me.

Though Princeton insists this is not policy, merely guidelines, and no words are banned, it encourages the use of a vocabulary that is more gender neutral. So, instead of man and wife use spouses or partners. Instead of man made, use artificial, handmade, manufactured, synthetic. Gone is the verb to man, as in to work something, instead use to operate or to staff. Throw out workmanlike and replace it with skillful.

No more actresses, only actors. Coed? Out. Replaced by student. Forefathers? Gone. Ancestors is the preferred word. Forget freshman. It's now first-year student or frosh.

If students play Scrabble on campus, this could be a problem. A search of WordFind.com turns up scores of words with man in them. They include manifest. How will history students be able to study Manifest Destiny, a philosophy central to the creation and sustaining of America? What about the manna from Heaven eaten by the ancient Israelites? OK, that's easy. It can be called bread. Will they no longer serve a Manwich in the Princeton cafeteria?

There is something deeper occurring in culture than any university guidelines seeking to wipe out common sense and a notion of who we are. Academic liberalism, once thought to be instructive, even ennobling, is now part of a larger effort to not only destroy America's foundations, but dilute and diminish God's greatest creation. It is an unrelenting attack on humanness (another word with man in it that Princeton will likely frown upon).

John Witherspoon, a founding father of the United States and president of the College of New Jersey, which would later become Princeton University, was a Scottish-born American Presbyterian minister, the only minister to sign the Declaration of Independence. His required course called "Moral Philosophy" was considered essential, not only for ministers, but also lawyers and people holding positions in government.

Witherspoon would be shocked to read that moral philosophy has been replaced by gender neutrality. As a Christian, he would be astounded at how the nation has moved from the notion that we are created by God -- who presumably may no longer be referred to as "He" at Princeton and from Whom our rights come -- and replaced by a secular progressive worldview.

C.S. Lewis put it this way in a classic quote that became the title of his book: "Man's final conquest has proved to be the abolition of Man."