Cal Thomas
|
Posted: Mar 08, 2016 12:01 AM
Share   Tweet
The opinions expressed by columnists are their own and do not necessarily represent the views of Townhall.com. 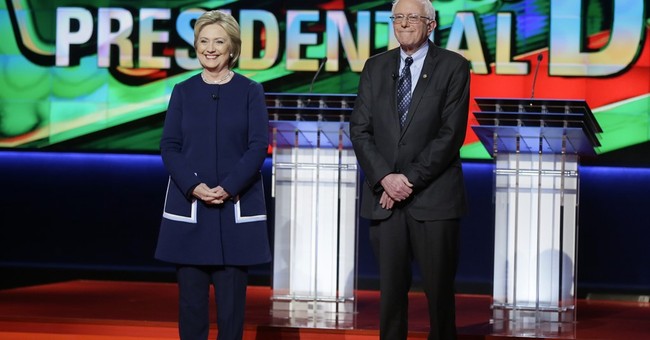 "Give 'em the old razzle dazzle

Give 'em an act with lots of flash in it

And the reaction will be passionate

Give 'em the old hocus pocus

How can they see with sequins in their eyes?" ("Chicago: The Musical")

Looking for someone -- anyone -- to blame for the rise of Donald Trump, a rise fueled by angry white males who feel left out and rejected by the elites and special interest groups that disparage their race, mock their faith, criticize their patriotism as xenophobia, excoriate their traditions and protect everyone's rights but their own?

Look no further than the culture beast that is primarily responsible for the fundamental transformation of America, as President Obama once put it.

We have an education system that doesn't educate. Students get diplomas and degrees, but can't find jobs. Television spews out "reality shows" that have nothing to do with reality. Kids seem to know more about sex than they do about schoolwork. Judges issue rulings that conform more to opinion polls than the Constitution.

The strangest behavior is trotted out as the next civil rights movement and anyone who says "no" is branded a bigot. Many fallen nations collapsed not from war but from moral rot.

We are consuming the intellectual equivalent of Pop-Tarts in a pop culture age, rather than food for the mind that produces sound reasoning and wise choices.

This is the fallout from the "if it feels good do it," looking out for number one, baby boom generation and especially their spoiled offspring who know little about sacrifice, personal responsibility or nationalism.

It should not surprise anyone that such non-thinking and self-focus has fueled the rise of Donald Trump as a presidential candidate.

On the other side of the political fence, Bernie Sanders and Hillary Clinton feed into the entitlement mentality that the government exists to give you stuff and take care of you. Democrats have exploited race and class for political advantage, deepening the divide between whites and blacks (and increasingly Hispanics), as well as the three classes -- poor, middle class and wealthy. If the left really cared about African-Americans, wouldn't that core Democratic constituency be better off now than they have ever been, given the amount of money spent on social programs supposedly created to improve their lot in life?

Donald Trump's rise is fueled by emotion, anti-intellectualism and the jettisoning of sober thought. Trump dispenses bromides. He lacks specifics because he has none. Unlike Ronald Reagan, who spent two decades thinking and honing his positions, Trump is like floor wax -- all shine, no depth.

Mitt Romney is right in much of what he says about Trump, but Trump's rejoinder is that he -- and Sen. John McCain -- lost elections against President Obama, elections Trump says Romney should have won. In other words, the elites have had their chance and now it's the people who believe they've been left out of the process who will decide the Republican nominee.

It's frightening that so many voters have decided on Trump. But for those who rail against him, who reject this reality TV star and man of questionable business success and moral failings, the indignation seems to be not only an indictment of the political establishment but of ourselves for paying too little attention to politics and government in between elections. We are to blame for Donald Trump's rise.

Politics should not be a part-time concern. If voters only pay attention in an election year, they get what they deserve. If the choice is between Trump and Hillary Clinton, we are in really bad shape.