Too Big To Fail
Opinion

Too Big to Fail: The Sequel?

Cal Thomas
|
Posted: Jan 19, 2016 12:01 AM
Share   Tweet
The opinions expressed by columnists are their own and do not necessarily represent the views of Townhall.com. 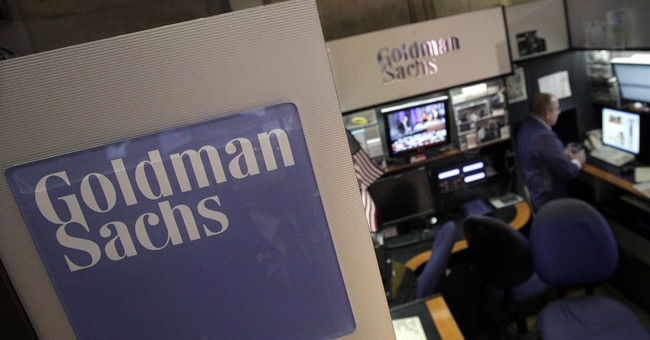 Movie sequels are rarely as good as the original films on which they're based. The same dictum, it appears, holds for finance. The 2008 housing market collapse was bad enough, but it appears now that we're on the verge of experiencing it all again. And the financial sequel, working from a similar script as its original version, could prove to be just as devastating to the American taxpayer.

The Federal National Mortgage Association (commonly referred to as Fannie Mae) plans a mortgage loan reboot, which could produce the same insane and predictable results as when the mortgage agency loaned so much money to people who had neither the income, nor credit history, to qualify for a traditional loan.

The Obama administration proposes the HomeReady program, a new mortgage program largely targeting high-risk immigrants, which, writes Investors.com, "for the first time lets lenders qualify borrowers by counting income from nonborrowers living in the household. What could go wrong?"

The question should answer itself.

The administration apparently believes that by changing the dirty words "subprime" to "alternative" mortgages, the process will be more palatable to the public. But, as Investor's notes, instead of the name HomeReady, which will offer the mortgages, "It might as well be called DefaultReady, because it is just as risky as the subprime junk Fannie was peddling on the eve of the crisis."

Before the 2008 housing bubble burst, one's mortgage fitness was supposed to be based on the income of the borrower, the person whose name would be on the deed and who was responsible for making timely monthly payments. Under this new scheme -- and scheme is what it is -- the combined income of everyone living in the house will be considered for a conventional home loan backed by Fannie. One may even claim income from people not living in the home, such as the borrower's parents.

If, or as recent history proves, when the approved borrower defaults, who will pay? Taxpayers, of course, not the politicians and certainly not those associated with Fannie Mae and Freddie Mac, whose leaders made out like the bandits they were during the last mortgage go-round. As CNNMoney reported in 2011, "Mortgage finance giants Fannie Mae and Freddie Mac received the biggest federal bailout of the financial crisis. And nearly $100 million of those tax dollars went to lucrative pay packages for top executives, filings show."

In case further reminders are needed of the outrageous behavior of financial institutions that contributed to the housing market collapse and a recession whose pain is still being felt by many, Goldman Sachs has agreed to a civil settlement of up to $5 billion for its role associated with the marketing and selling of faulty mortgage securities to investors.

Go see the film "The Big Short" to be reminded of the cynicism of many in the financial industry. It follows on the heels of the HBO film "Too Big to Fail," which revealed how politicians and banks were part of the scam that harmed just about everyone but themselves. According to The New York Times, only one top banker, Kareem Serageldin, went to prison for concealing hundreds of millions in losses in Credit Suisse's mortgage-backed securities portfolio. Many more should have joined him.

Under the latest mortgage proposal, it's no credit, no problem. An immigrant can qualify with a credit score as low as 620. That's subprime. And the borrower has only to put 3 percent down.

Investor's reports, "Fannie says that 1 in 4 Hispanic households share dwellings -- and finances -- with extended families. It says this is a large 'underserved' market."

Is this another cynical attempt by Democrats, along with protecting illegal immigrants, to win Hispanic votes without regard to the potential cost to taxpayers? Wasn't that the problem during the last housing market collapse? Could it happen again? Sure it could. Do politicians care? It doesn't appear so.