The President's Take on Race 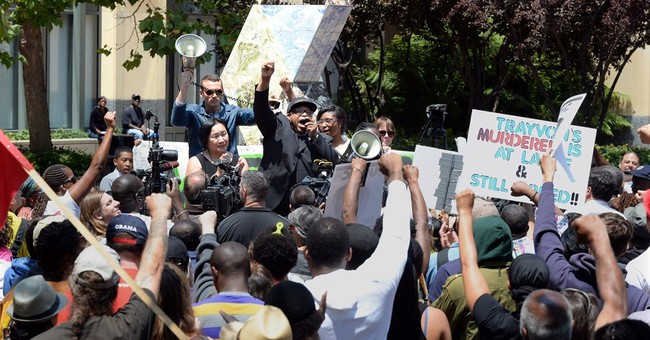 President Obama rarely misses an opportunity to insert himself into an issue. Last Friday, he appeared in the White House press room to comment on the George Zimmerman verdict. The president said he could have been Trayvon Martin. Not likely, given his private schooling and the way he was fast-tracked to success.

The president said the history of African-Americans partially explains the way many black people view the case. He spoke of blacks hearing car doors lock as they cross the street and of white women who clutch their purses tightly when a black person enters an elevator.

Then he touched on the real problem: "Now, this isn't to say that the African-American community is naive about the fact that African-American young men are disproportionately involved in the criminal justice system, that they are disproportionately both victims and perpetrators of violence. It's not to make excuses for that fact, although black folks do interpret the reasons for that in a historical context. We understand that some of the violence that takes place in poor black neighborhoods around the country is born out of a very violent past in this country, and that the poverty and dysfunction that we see in those communities can be traced to a very difficult history."

Okay, but what about poor people in the same neighborhoods who don't engage in violent behavior? What values are they being taught? Don't they have the same history, but make different choices?

It is not news that much poverty in the African-American community stems from broken or never-started families; or that too many black men leave black women to raise children on their own; or that the way "gangsta culture" is portrayed in the media does not produce an image that is endearing to white employers; or that public schools in minority neighborhoods are failing to build the foundations necessary for a successful life; or that the abortion rate among black women is four times higher than non-Hispanic whites among 15-19 year-olds, according to the Guttmacher Institute. Abortion, which the president has done nothing to curtail, also devalues African-American lives.

The politics of race plays a role. When black people kill each other, or murder a white person, the president usually feels no need to comment (the recent murder of 15-year-old Hadiya Pendleton being a rare exception); Al Sharpton doesn't march, Jesse Jackson doesn't call for boycotts, or label Florida an "apartheid state," as he did following the Zimmerman verdict. Are black lives only worth mentioning when they are extinguished by non-blacks?

There are black people who are disgusted by the behavior, clothing, attitude and language of some young black men. On the Washington Post's website last week, beneath a transcript of the president's remarks last Friday, a reader posting under the name "Chaquita1" offered a personal story about recently being on a train and watching an African-American woman give the evil eye to a pair of young African-American males in "gangsta wear" making a commotion. They became belligerent, talking about "the fat lady glaring at them."

The woman arose, Chaquita1 wrote, "and said 'Trayvon Martin died for nothing. His death did not empower you, it should have been a wake-up call.' She then returned to her seat, looked straight at me and said, 'You have white trash. We have black trash.'"

Discussions like this should be included in any "conversation about race" the president says he wants, along with how such attitudes and behavior contribute to racial conflict.