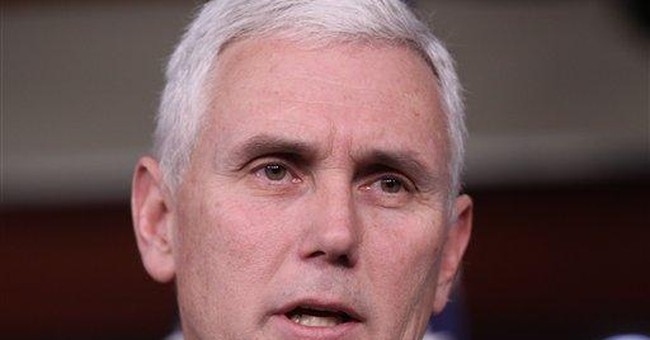 If you live long enough in Washington you'll learn there is literally nothing new under the sun. That's why it is amusing to listen to the House "Progressive Caucus" and Moveon.org in a full-page newspaper ad attempt to explain the victory of senator-elect Scott Brown in the special Massachusetts election last week this way: Brown didn't win because Democrats were too liberal; Brown won because Democrats weren't liberal enough. Conservatives sincerely hope the rest of the party buys that reasoning and pushes it all the way to defeat in the November election.

Conservatives used to say the same thing about Ronald Reagan when he raised taxes after first lowering them and signed an amnesty bill for illegal aliens. "Let Reagan be Reagan" came the cry from the Right. Conservatives blamed "moderates" like Chief of Staff James A. Baker and his deputy, Michael Deaver, for pushing Reagan to the middle. Some on the Left criticize President Obama's chief of staff, Rahm Emanuel, for allowing Obama to be liberal-lite.

Democrats blame Republicans for opposing every proposal by the administration. Republicans blame Democrats for not taking seriously any of their ideas.

Which brings us to this weekend and a House Republican retreat in Baltimore. President Obama has accepted an invitation from the House GOP leadership to address the group and to take questions.

Rep. Mike Pence of Indiana, chairman of the House Republican Conference, tells me the invitation to the president is not political theater, but "a sincere effort to engage in dialogue over what is in the best interests of our country." Republicans invited the president to a similar gathering last February, but Pence says, "Our experience with this administration has been that they have said 'no' to every Republican proposal." That, he says, includes an economic stimulus ("it would have cost half as much and created twice as many jobs"), the budget ('we proposed real entitlement reform"), an energy bill instead of cap and trade that Pence suggests would have lessened our dependence on foreign oil by tapping into more domestic sources, including nuclear energy, and a health care measure that "included malpractice reform."

Has Pence been sent any signals from the White House, particularly since Brown's election in Massachusetts, that the president is willing to compromise on anything in order to get Republican votes? "Not yet," he says with a touch of resignation, or perhaps frustration, in his voice.

Pence flatly predicts the House will be back in Republican hands after the November election. That would take a net gain of 40 seats. Some think that is highly unlikely, but Republicans needed 40 seats to win control in 1994. Many thought that goal unrealistic. Republicans won 54 House seats that year.

The problem for Republicans is that memories remain fresh. The reason the party lost its grip on government in 2006 and 2008 is that members were insufficiently Republican. Like Democrats, they sought to follow the demands of the masses and big media, instead of leading the masses where their best interests lie -- in the direction of liberty, not larger and suffocating government.

"Republicans have got to stand for something," says Pence. Indeed they do. But what is it for which they stand? And if Republicans fulfill Pence's prediction and regain power, what will they do with it this time?

In an "open letter to friends and supporters" in which he explained his decision not to run for the Senate, but seek re-election to his House seat, Pence explained why he took the job of chairman of the House Republican Conference one year ago: "I accepted that responsibility because I believed that if Republicans returned to their conservative roots, they could win back the confidence of the American people. And I see it happening every day."

The country faces staggering debt and, according to Congressional Budget Office director Douglas Elmendorf, the nation's budget outlook is "on an unsustainable path." Retreating GOP House members had better start embracing those conservative roots and fast, if they want to advance in November and in 2012.