Jihadists in the Military 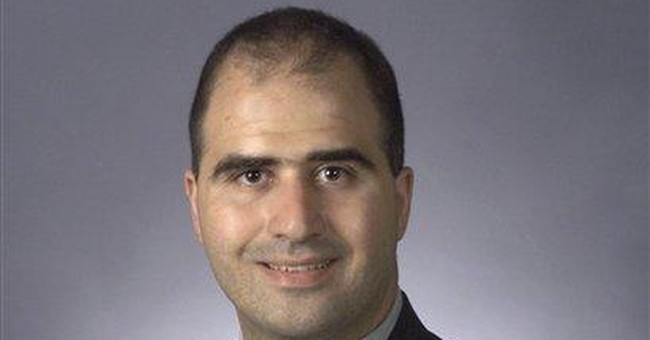 By now, the script should be disturbingly familiar. Whether in the Middle East, or increasingly in America, a fanatical Muslim blows up or goes on a shooting spree, killing many. This is quickly followed by "condemnations" from "Muslim civil rights groups," like the Council on American-Islamic Relations (CAIR). We are then warned by the president and some newspaper editorials not to jump to conclusions, or to stereotype. Yasser Arafat wrote this script, which he used with great success throughout his bloody career as a terrorist.

If you were an enemy of America, not only would you fight overseas and develop nuclear weapons (Iran), you would also engage in an even more effective strategy by striking at America's underbelly. This is our most vulnerable region because we now tolerate virtually everything, indulge in political correctness and subscribe to a bogus belief that if radical Islamists can see we mean them no harm, they will mean us no harm.

The federal government at all levels has hired and promoted Muslims to influential positions. It requires "sensitivity training" for federal employees, including those who work at the FBI and the Department of Homeland Security (DHS). Last week, the House Judiciary Committee, dominated by liberal Democrats, defied the White House and removed from the USA Patriot Act a tool for tracking non-U.S. citizens in anti-terrorism investigations. As our enemies grow stronger and more emboldened, they see us becoming weaker and less committed.

No amount of evidence -- from Koran verses urging the killing of "infidels," to cries of "God is great," reportedly shouted by the alleged Ft. Hood shooter, Maj. Nidal Malik Hasan -- will cure our self-deception. Sun Tzu famously wrote that all war is deception. But it takes two to deceive and the United States is behaving like a willing partner.

People claiming to know Hasan told interviewers he made frequent statements against the wars and the U.S. presence in Islamic countries. Rep. Michael McCaul, Texas Republican, told reporters after he was briefed on the shootings that Hasan "took a lot of advanced training in shooting." Why would a psychiatrist need advanced training in shooting unless he believed in murder as therapy? Shouldn't that, coupled with his statements about "the aggressor" and other actions -- including his preference for Muslim clothing -- have alerted someone in authority that he might be a time bomb waiting to go off? Yes, absolutely. But who wants to jeopardize a career by raising such questions and becoming the target of "civil rights groups" and politically correct dupes? Intimidating Americans into silence when they know better is also a very effective strategy when fighting a war.

Sound minds not brainwashed by our own "re-educators" should have seen this coming. Though born in America to Jordanian immigrant parents, Hasan described himself as a "Palestinian." He got into trouble by attempting to proselytize some of his patients.

Most top federal agencies, including the Pentagon and DHS, now have offices of "civil liberties," offices recommended by the 9/11 Commission to focus on "outreach" to the Muslim community. In this, they follow efforts by the Bush administration, which dispatched Karen Hughes to tell Muslim women in Saudi Arabia that American women are so free they can drive their own cars. The Saudi women were not impressed.

It's one thing to be suckered by others. It's quite another to sucker yourself.

How much longer will we tolerate fighting this war as if it were a minor crime wave? Our enemies are fighting to win and they are fighting everywhere, including within our borders. People trained to appear nonthreatening, until the threat becomes obvious and it is too late to do anything about it, are infiltrating our government and society at every level.

It is irrelevant that some have put the number of radicalized Muslims worldwide at 10 percent. Even if that figure is accurate, one hundred million jihadists can cause a lot of damage, as they plot the destruction of Western democracies. Other wars have been won with far fewer soldiers and far fewer dupes.