Caleb Tolin
|
Posted: Jan 11, 2019 9:15 AM
Share   Tweet
The opinions expressed by columnists are their own and do not necessarily represent the views of Townhall.com. 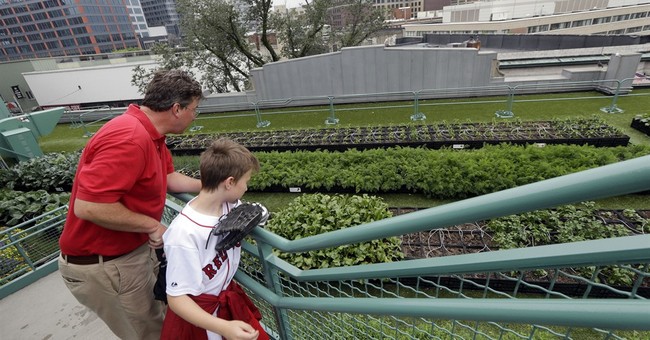 Urbanization and developing metropolises are driving the international economy. Urban areas across the world have grown exponentially over the last several decades. In 1950, 751 million people lived in urban areas and that number has skyrocketed to 4.2 billion in 2018. According to the United Nations, 55% of the world’s population lives in urban areas which is expected to increase to 68% by 2050.

Our largest and most productive cities are in a constant battle to innovate and bring the world into the future. Our technologies are developing at rapid rates in fields like neuroscience, energy, and nanotechnology, but that speedy development can come at a price.

In countries like China, the major cities are contributing around 75% to carbon emissions while only 40% of the population resides in urban areas. However, metropolitan areas around the globe are quickly developing a way to combat environmental issues through a multi-disciplinary approach to green city planning.

Urban areas are constantly expanding outward and upward resulting in so much land consumption, they often don’t have the room to cultivate their own local produce. When you think of a farm, you typically think of traditional, horizontal farms, but in Singapore, they are developing vertical farms.

The city planning throughout Singapore has been meticulously managed and implemented to maximize every asset and minimize every threat the region offers. One problem they have is land scarcity and to make sure they can produce their own crops and produce, scientists partnered with the city planners to develop vertical farms inside buildings where they can control every variable in the horticulture process.

In the United States, vertical farms have started to emerge to combat this very issue and they are being run by private corporations-- the free market at its best. Not only is this productive and convenient for city dwellers, but it cuts back on air freighting which is the leader in greenhouse gas emissions among transport methods.

Commuting in an urban area is an absolute nightmare and many of us have had an experience with that one stoplight that has a mind of its own. Most passenger vehicles, on average, emit 4.6 metric tons of carbon dioxide per year according to the EPA and poor traffic management and lack of reliable mass transit  are a huge factors in carbon emissions. Private companies in the United States are pushing for innovative city planning solutions to combat carbon emissions.

In addition to improving traffic patterns, the private sector is more qualified than any government entity to maintain mass transportation. Privatization of travel infrastructure such as airports, highways, and train operations reduces costs and improves quality by promoting competition when the government allows companies to listen and adapt to the market.

Almost every politician describes our national and state infrastructure as “crumbling.” C’s get degrees so perhaps it is time to let the private sector and the free-markets work their magic and improve the United States’ D-grade infrastructure.

Private companies around the world dominate governments in maintaining roads. In the United Kingdom, MacRebur is manufacturing high performance roads by mixing asphalt with polymers collected from post-consumer plastic waste. In the United States, Domino’s was so tired of their delivery drivers driving on battered roads that the pizza company started a road restoration campaign.

Government officials are constantly making empty promises to rehabilitate national infrastructure and fail to recognize their spending problem. By privatizing infrastructure, the government would reduce the deficit and expenditures long-term.

Governments don’t have a great reputation for waste management. In fact, government involvement in waste management-- pun intended-- stinks. For example, San Francisco can’t even stop the growing homeless population from relieving themselves in the streets; and it has been suggested that the Department of Energy should outsource nuclear waste management to the private sector.

When the private sector takes over waste management, a few things happen. First, prices go down because, when privatized, waste management companies actually compete for business. Second, when you put something in the recycling bin, it is actually recycled. Third, employees are less likely to injure themselves on the job. All in all, the private sector will actually manage the waste and protect their employees whereas the public sector will not.

Government overreach is hindering our progress on the world stage. Because our government can’t make the improvements, a cell phone and internet company is improving our traffic management. Because the public sector can’t improve our roads, a pizza company is filling potholes.

Once we embrace the private sector and let the free-market dictate what we spend our money on, our economy will mend itself, innovation will spark, and our cities will be leaders in urban sustainability and development for the world to look up to.

For more information on large-scale sustainability efforts, read more about private sector corporations who are leading the charge for sustainability and combating climate change.