What Every American Needs to Know About Islam

Caleb Parke
|
Posted: Apr 07, 2017 9:49 AM
Share   Tweet
The opinions expressed by columnists are their own and do not necessarily represent the views of Townhall.com. 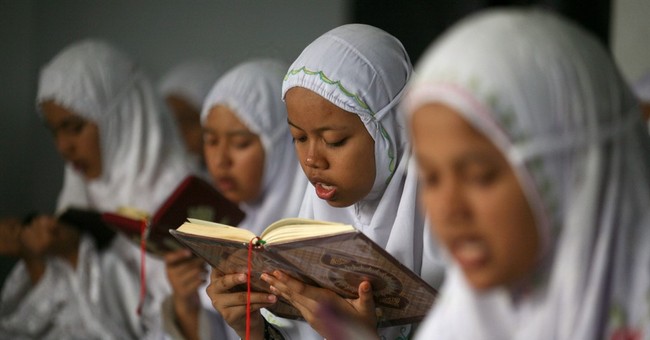 “The West is in need of the truth, regardless of how hard it is to hear.” – Nonie Darwish on Islam in America, Wholly Different

Nonie Darwish never chose to be a Muslim. It was assigned to her at birth, listed on all her documents, her father was even a prominent Islamic martyr, and for the first 30 years of her life, she never questioned it.

But when she moved to America, she made the life-changing decision to become a Christian after stepping foot into a church and realizing how oppressive and diametrically opposed her Islamic upbringing was compared to the freedom and love she experienced in the West.

When I first met Nonie Darwish at a conference in Washington, D.C., she had this contagious energy and passion. She took the time after one of her speeches to talk to me and several other college students.

But I really got to know her when I invited her to speak at my campus for the pro-Israel group I helped co-found. I’ll never forget the hour-long ride to and from the airport. Nonie spoke about what a miracle it is to be a Christian living in America, and we still keep in touch today.

I have learned so much from her about the utter importance of why Americans need to learn about the dangers we face because of Islam, but I learned even more reading her new book, which is why I’m so excited to share it with you.

Darwish courageously lays out everything Americans, especially Christians, need to know about Islam in her new book: Wholly Different: Why I Chose Biblical Values Over Islamic Values.

She’s the perfect messenger, as someone who spent almost half her life as a Muslim and the other half as a Christian. Through her experience and extensive research into both Islam and Christianity, Darwish boldly shares how Islamic values are in direct opposition to Western values.

In Wholly Different, Darwish exposes lies the West has come to believe like “Islam is a religion of peace,” when their holy book, prophet, and god call for the killing of Christians and Jews.

She speaks of the dangers of Islam’s resistance to assimilation, and our willingness to give them permission through multiculturalism.

It’s packed with examples from Nonie’s life experience as well as extensive quotes and statistics.

Although I’ve learned a few things about Muhammad and sharia law over the years, as a Christian who loves Israel, I knew that Muslims in the Middle East call Israel the “little Satan” and refer to the United States as the “great Satan,” but I learned more about Islam in Wholly Different than I have over the last decade.

For instance, did you know that the Koran is predominantly about the kafirs, or non-Muslims, rather than a book about Muslims? It’s the only religion whose holy text is focused on non-believers, and as Nonie notes, the West should be alarmed about what is written in the Koran about us, non-Muslims.

“The Islamic God, Allah, requires his followers to dedicate their lives to change, fix, convert, or kill kafirs, whom Allah calls his enemies. That, in a nutshell, is the holy mission of a Muslim if he is to please his God and go to heaven,” Darwish writes.

She clearly lays out the stark contrast between the Bible and the Koran:

Nonie says she wrote this book, “to uncover the full scope of this threat from Islam — something the West desperately needs to be aware of.” She goes on, “Islamic values versus Biblical values is a bloody collision waiting to happen. The West must be warned. But I am also writing this book for Muslim immigrants…Islamic values are fundamentally incompatible with Western values, the U.S. Constitution, and the American way of life.”

Darwish makes the distinction that she is not criticizing people, but rather a “toxic ideology” that she “lived under and escaped from.”

I highly encourage you to get Wholly Different today so you can educate yourself with the truth about Islam from a former Muslim, and make sure that you don’t fall prey to the pervasive lies many in America have begun to believe.

As Nonie notes in the book, we need to revive the Biblical roots and values in our culture to truly thrive and defeat Islam.

I’m thankful for Nonie Darwish, an Esther in our generation, fighting to save God’s people for such a time as this.