Caleb Parke
|
Posted: Jan 12, 2017 10:08 AM
Share   Tweet
The opinions expressed by columnists are their own and do not necessarily represent the views of Townhall.com. 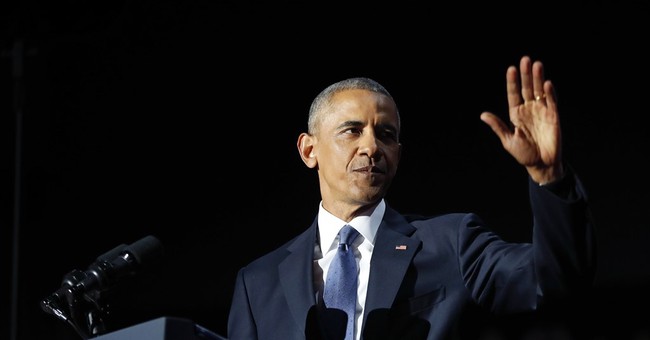 I know the mainstream media is still licking its wounds after President-elect Donald Trump smacked them around in his first press conference since winning the election.

And I hate to add salt to their wounds, but it seems they’ve got a case of amnesia.

The media feigned outrage after Mr. Trump refused to take a question from a CNN reporter.

“Don’t be rude,” Mr. Trump told CNN’s Jim Acosta when he tried to ask a question. “No, I’m not going to give you a question. You are fake news.”

He went all-out against the network because they reported on an unsubstantiated 35-page document that claimed Trump is being blackmailed by the Russian government.

Trump praised those in the media who had restraint from peddling the false report.

But the mainstream media rallied around CNN.

“The journalist whom Trump called on should have yielded to CNN. Don’t allow him to refuse to answer Qs from certain news outlets,” Politico reporter Peter Sterne tweeted.

Acosta whined that incoming press secretary Sean Spicer threatened to toss him out of the press conference after he repeatedly interrupted the president-elect demanding to get his question answered.

I can’t recall the mainstream media rallying around Fox News anytime over the last eight years when President Obama attacked them.

In fact, let’s review the times Obama blamed the No. 1 name in news:

Then-candidate Obama complained he would be polling higher if Fox didn’t exist. This may work in soap operas and song lyrics, but that’s not exactly the best start to a working relationship with the press.

“I am convinced that if there were no Fox News, I might be two or three points higher in the polls,” Obama told liberal journalist Matt Bai of the New York Times Magazine. “[T]he way I’m portrayed 24/7 is as a freak! I am the latté-sipping, New York Times-reading, Volvo-driving, no-gun-owning, effete, politically correct, arrogant liberal. Who wants somebody like that?”

Obama admitted in a softball interview with Rolling Stone that he “disagrees” with Fox News. No shock there, but added he believes Fox has a “destructive viewpoint.”

“I think Fox is part of that tradition — it is part of the tradition that has a very clear, undeniable point of view. It’s a point of view that I disagree with. It’s a point of view that I think is ultimately destructive for the long-term growth of a country that has a vibrant middle class and is competitive in the world. But as an economic enterprise, it’s been wildly successful. And I suspect that if you ask Mr. Murdoch what his number-one concern is, it’s that Fox is very successful.”

After the Democrats’ midterm election shellacking, President Obama reportedly told labor leaders in a private meeting that Fox News was partly responsible for him “losing white males” who tune into the network to “hear Obama is a Muslim 24/7.”

He needed someone to blame for the massive losses because the next election was his.

Obama went after Fox News on the campaign trail for his health care law.

“If you’ve talked to somebody who said, ‘Well, I don’t know, I was watching Fox News and they said this is horrible,’ you can say, ‘you know what? Don’t take my word for it! Go on the website.”

During a pre-Super Bowl interview, President Obama suggested Fox News’ Bill O’Reilly was being unfair for asking questions about ObamaCare’s shortcomings, the IRS scandal and Benghazi.

Because, as Obama’s longtime adviser Valerie Jarrett said in a recent CNN interview, “The president prides himself on the fact that his administration hasn’t had a scandal and he hasn’t done something to embarrass himself…” Yes, she really said that.

President Obama insisted ObamaCare is “working pretty well in the real world” despite it being a “fanged threat to freedom on Fox News” in a speech at Northwestern University.

Nevermind the painful costs it’s incurring now, and the fact that Democrats can’t defend it to save Obama’s legacy.

At a Clinton fundraiser in New York City, President Obama predicted a close election “not because of Hillary’s flaws,” but because of Fox News and some blogs “that are churning out a lot of misinformation…”

Which brings us to our final whopper from the president:

After Trump’s successful win on election day, Obama blamed Fox News for Democrats losing elections because of “Fox News in every bar and restaurant in big chunks of the country.”

Time and time again, Obama used the bully pulpit to blame Fox News for his losses, but the mainstream media didn’t come alongside Fox.

Trump was right to do what he did – given CNN’s shameful act.

CNN should commit to honest reporting – or get used to reporting from the doghouse.
Oh, So the Buffalo Shooter Told SIX People About His Plans to Commit Mass Murder...And NO ONE Said Anything
Matt Vespa
Leader McCarthy and Rep. Jim Jordan Address Subpoena from Jan. 6 Select Committee in Blistering Op-Ed
Rebecca Downs
Abbott: 'Livid' About Being 'Misled' on Uvalde Shooting
Sarah Arnold
Oz Declares 'Presumptive' Victory in Senate Republican Primary Recount
Sarah Arnold
Mother of Uvalde Shooter Finally Speaks Out, Inexplicably Claiming 'I Know He Had His Reasons'
Rebecca Downs
NRA’s LaPierre Promises to Defend Gun Rights in Wake of Uvalde
Sarah Arnold