Byron York
|
Posted: Apr 07, 2021 12:01 AM
Share   Tweet
The opinions expressed by columnists are their own and do not necessarily represent the views of Townhall.com. 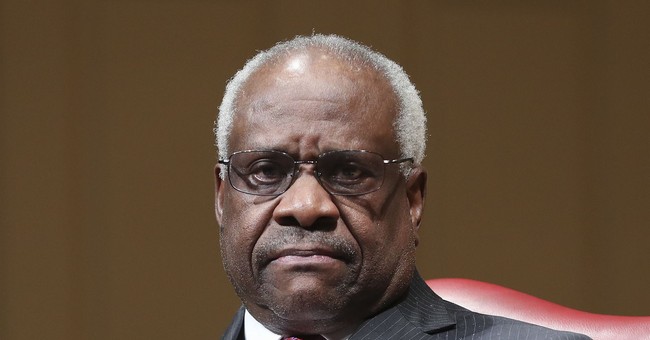 It started as one of those ridiculous controversies of the Trump era. In May and June 2017, then-President Donald Trump blocked a few Twitter trolls who were criticizing his tweets. The next month, those trolls, backed by Columbia University's Knight First Amendment Institute, sued the president, alleging that blocking them on Twitter violated the First Amendment.

The key question was whether Trump's 89-million-follower Twitter account, @realDonaldTrump, was an official public space, where Trump would be subject to accusations he violated his followers' First Amendment right to respond to him, or whether it was a private space where Trump could do what he wanted.

A federal district court ruled against the president, declaring that Twitter is a "public forum" and that @realDonaldTrump was under government control. Thus, the judges decided, Trump violated the First Amendment by locking the trolls out of the account. Trump, pressing the argument that Twitter is a private forum and that he could do as he pleased, appealed to the U.S. Court of Appeals for the Second Circuit.

In 2019, Trump lost. The appeals court said there was "overwhelming" evidence that Trump's Twitter account was an official government space. "We conclude that the evidence of the official nature of the account is overwhelming," the judges wrote. "We also conclude that once the president has chosen a platform and opened up its interactive space to millions of users and participants, he may not selectively exclude those whose views he disagrees with."

The case sat at the Supreme Court for months. And then something odd happened. On Jan. 8, 2021, two days after the Capitol riot, Twitter permanently suspended @realDonaldTrump. The president was thrown off Twitter forever.

It was a contradiction that cried out for resolution. But the courts, at least at the moment, don't want to touch it.

This week, the Supreme Court threw the Trump Twitter case out, arguing that it is moot now that Trump is no longer president. But Justice Clarence Thomas, while agreeing that this particular case is moot, nevertheless argued that it has raised an issue that the court will one day have to face. Here is what Thomas wrote:

Because of the change in presidential administration, the court correctly vacates the Second Circuit's decision ... I write separately to note that this petition highlights the principal legal difficulty that surrounds digital platforms -- namely, that applying old doctrines to new digital platforms is rarely straightforward. Respondents have a point, for example, that some aspects of Mr. Trump's account resemble a constitutionally protected public forum. But it seems rather odd to say that something is a government forum when a private company has unrestricted authority to do away with it.

Indeed. Thomas' note was a warning for Congress and the courts. Is Twitter public, or is it private? And what about Facebook and all the other platforms? Social media is something new. Old laws written to deal with newspapers, radio and television do not fully cover the issues raised by social media. New rules will come when lawmakers and judges can no longer avoid the problem, as they did in the Trump Twitter case.

This content originally appeared on the Washington Examiner at washingtonexaminer.com/opinion/byron-yorks-daily-memo-bidens-migrant-blackout.