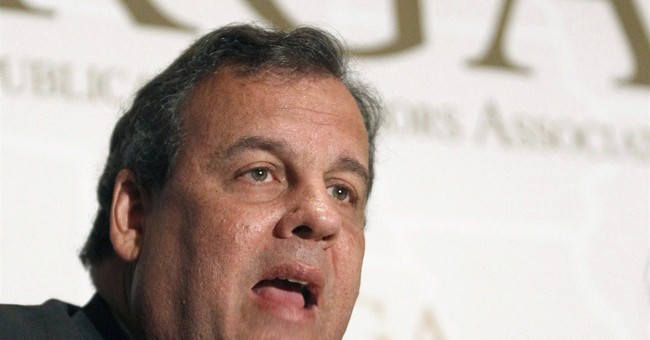 In the aftermath of the government shutdown, it's clear that many of the nation's Republican governors are disgusted by the performance of GOP lawmakers in Congress. But they don't say it in so many words. Instead, recently meeting in Scottsdale, Ariz. at their annual conference, they expressed growing weariness with "Washington, D.C." and declared that if anything good is to happen in politics, it will be done by Republican governors, and not politicians in the nation's capital.

"It's pure insanity, what's coming out of there," Florida Gov. Rick Scott said of Washington.

The new chairman of the Republican Governors Association, New Jersey's Chris Christie, joined in, noting an "incredible contrast between what you see being discussed here (at the governors meeting) ... as opposed to what's going on in Washington, D.C."

The governors were quick to note that of course they also mean Democrats when they slam Washington. But there's no doubt the steady barrage of abuse directed at the capital quite specifically includes the leaders of their own party.

It's an easy and virtually risk-free attack, given that the target, Congress, has an approval rating in the single digits. But the governors really do view themselves as the only Republican success story going right now. The GOP controls 29 governorships, covering a majority of the American population. They're hoping to make that majority even bigger in a bunch of gubernatorial contests coming in 2014.

But politics being politics, there are also eyes on 2016. And all the Washington-bashing sends a clear message about the upcoming presidential race. Sens. Rand Paul, Marco Rubio, Ted Cruz, and Rep. Paul Ryan, along with other Washington lawmakers, are all fine fellows, but the governors want to see a chief executive become the Republican nominee for the White House.

"It's the right experience for being president," said North Dakota Gov. Jack Dalrymple.

"Governors are better suited to be in the White House," said Utah's Gary Herbert. "We're executive branch people. We actually have to do things."

"I always prefer governors," said Haley, whose state holds an early GOP primary. And so, not incidentally, does Iowa Gov. Terry Branstad, whose state starts the presidential voting.

"Being governor is the closest job in the United States to being president," added Haley Barbour, the former Mississippi governor whose counsel is widely sought among Republican politicos. "Most of us who've been governors think governors make better presidents, and President Obama is doing everything he can to prove us right."

Just about the only governors who demur on the question of whether a governor should be the Republican nominee are the governors who actually want to be the Republican nominee. Christie declined to answer the question, arguing that given the work ahead in 2014, Republicans "start thinking about 2016 at our own peril." Texas Gov. Rick Perry, who is mulling a second shot at the nomination, also declined to answer, other than to repeat his old hope of making Washington "as inconsequential as possible" in American life.

Meanwhile, the denouncing of Washington goes on. Governors who once served in Congress -- Ohio's John Kasich, Indiana's Mike Pence, Oklahoma's Mary Fallin, Jindal, and several others -- all said they are glad to be gone from Washington.

"I don't quite know what's happened in Washington from the time I was there, when we actually could get some things done," said Kasich, who served in the House from 1983 to 2001. "But it's pretty bad."

Pence, who served from 2001 to January 2013, joked that if he only had a few years to live, he would choose to live them in Washington, because his time in the nation's capital felt like the longest of his life.

Yes, all the talk helps the governors portray themselves as Republican good guys. But it also highlights a growing breach inside the GOP: Congress versus everybody else. Republicans who can distance themselves from the unpopular Congress are taking every opportunity to do so. And those lawmakers who want to run for president could find very little support in the nation's statehouses.