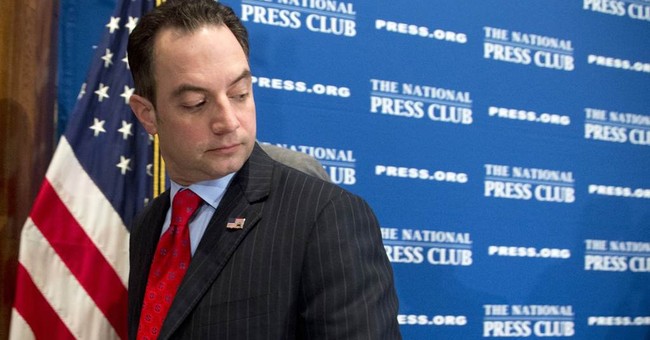 Trending
"They're really thinking outside the box," says one well-connected source of the Republican National Committee's effort to reform its system of presidential primary debates. "They're looking at everything."

Everyone knows the RNC leadership believes there were too many debates last time around and intends to cut the number in half for 2016. And by now everybody has heard of the group's decision to shut out NBC and CNN from sponsoring debates if those networks go forward with Hillary Clinton documentaries that many Republicans believe will be little more than campaign commercials.

But what has gotten less attention is that Republicans are fundamentally rethinking their whole debate system. And that could result in a very different kind of GOP race in the next few years.

The biggest change under consideration is a move to break the connection between debates and television news organizations. Under today's system, news networks sponsor almost all the debates. They control the moderators, content, and production, and in the end exclusively broadcast the program.

"Why can't we have more than one outlet?" asks Ari Fleischer, the former Bush White House spokesman who served on the RNC's reform committee and is still in touch with officials on debate and other issues. "One of the options could be for the RNC to sponsor its own debates, to spend a serious amount of money to build a set, design it, organize it, run it, and make the feed available to all, so that it could be broadcast on numerous outfits."

That leads to the inevitable issue of who will ask the questions. "The RNC has to pick credible, challenging, realistic, independent moderators," says Fleischer. The field of choices, he adds, is wide open. "It could be a conservative radio personality, a conservative columnist, a former White House aide or presidential campaign aide, someone who has been there before."

Fleischer and party officials say the RNC does not view the change as an either-or proposition. Future campaigns might have hybrid debate schedules; the RNC might produce some of its own debates while still partnering with news organizations for others. "Let's say the first debate is an RNC debate," says party spokesman Sean Spicer. "The second one is on Fox, the third one is on Bloomberg, the fourth one is RNC ..." And so on. (Note: I am a Fox News contributor and was a panelist in a 2011 debate co-hosted by Fox and the Washington Examiner.)

One key question for the RNC is viewership. If it produced some of the Republican debates itself, and offered them to all outlets, would the total viewership be as high as a debate on cable news? That's something officials really haven't scoped out yet.

"There's no point in having a debate if no one watches," says Fleischer. "We want to take the debates back, but we don't want to keep them to ourselves."

All this thinking predates the controversy over the NBC and CNN Clinton documentaries. The RNC's reform report, released in March by the so-called Growth and Opportunity Project, contained one tantalizing hint about future plans. "We are intrigued," the report said, "with the suggestion some have made for an organization to be formed that can host robust, vigorous, tough and professional debates."

Still, it's not clear whether the RNC will actually go ahead with such a momentous change. And even if it does, some observers think the party won't have the power to force candidates into its debates. But at the 2012 convention, the RNC gave itself the authority to make rules changes in mid-cycle. Now, if it wants to create a rule to, say, penalize candidates who buck the debate schedule, it can. And if it does, that will be a sign the RNC is serious about changing the debate system.

Spicer says any changes are still in "discussion mode" at the moment. But the party fully intends to change its debate structure. The reason goes beyond Republicans' belief that holding 20-plus debates, as in 2011-2012, provides too much opportunity for gaffes and intra-party bloodletting. It also stems from GOP dissatisfaction with debates in which the moderators don't seem to understand the premises of modern conservatism and engage in hostile or clueless questioning -- or out-of-the-blue provocations like former Clinton operative George Stephanopoulos' queries about contraception at a 2012 debate in New Hampshire.

Just what the RNC will do is not yet clear. But it is serious. Look for real change to occur before Republican presidential candidates meet again.