GOP Gears Up Again to Strip NPR of Federal Funds 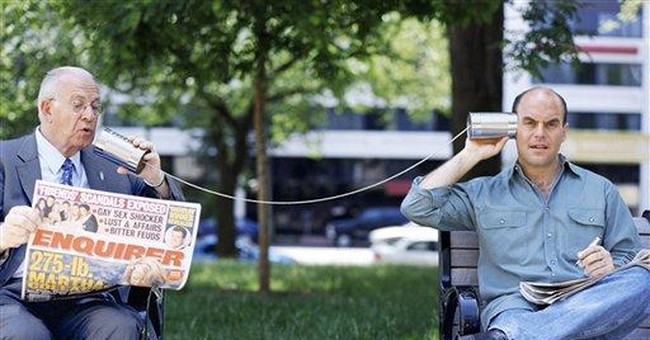 For years, Republicans have wanted to cut off federal funding for National Public Radio. They tried and failed in the 1990s, but now, with a new GOP majority in the House, they're ready to try again. It's still a long shot, but they have a fighting chance.

There are two reasons House Republicans are more optimistic than before: concern over federal spending and the lingering fallout from NPR's decision to fire commentator Juan Williams.

"We're running annual deficits of over a trillion dollars," says Rep. Doug Lamborn, the Colorado Republican who has written a new bill to defund NPR. "With 500 cable TV channels, Internet on people's cell phones, satellite radio, we have so many sources of media that we don't need a government-subsidized source of media."

Lamborn introduced an NPR-defunding bill last year, but couldn't get much support. That changed in October when NPR fired Williams for confessing that he sometimes gets nervous when people in Muslim garb board airplanes. "Before the Juan Williams issue came up, it really wasn't on a lot of people's radar screens," says Lamborn. "People said, 'Oh, you can't go against Big Bird.'"

The "Big Bird" argument -- that defunding public broadcasting would kill beloved programming like "Sesame Street" -- is the oldest plea in the book for defenders of government-funded media. But Lamborn's narrowly focused bill is aimed specifically at NPR, and not at all of public broadcasting.

Still, cutting off federal money just to NPR is a complicated task. There isn't any congressional appropriation that says "Funds for NPR." Instead, federal money goes to the Corporation for Public Broadcasting, which received $420 million from the government in 2010. About $90 million of that went to public radio. The corporation gave part of that $90 million to NPR, and part of it to local public radio stations, which turned around and used the money to buy NPR programming. NPR has also gotten money from the National Endowment for the Arts, as well as the Departments of Education and Commerce.

How much federal money, all told, does NPR receive? Lamborn doesn't know. "The funding is so convoluted and opaque," he says. "We asked the Congressional Research Service to look at the books, and a senior analyst got back to us and said it was like a spaghetti bowl -- those were his exact words." Lamborn has asked the Government Accountability Office to find out for sure.

NPR says it receives little of its $166 million annual budget from the federal government. (Most comes from corporations, foundations and individuals.) "NPR receives less than 2 percent annually, on average, from government grants," NPR president Vivian Schiller said last November. Two percent of $166 million would be a bit more than $3 million.

"I think it's a lot higher than that," says Lamborn, who believes NPR's federal take is in the tens of millions of dollars. "But if we take them at their word and it's only 2 percent, then they really have nothing to fear. Pretty much any institution out there could do a 2 percent cut, if they were forced to, and survive -- even thrive."

NPR has long argued that the real importance of federal support is the money that goes to local stations. Lamborn's bill would not cut off money for the stations -- it would just forbid them from using federal dollars to buy NPR programming.

That has led NPR to accuse Lamborn of interfering with freedom of the press. "The proposal to prohibit public radio stations from using (Corporation for Public Broadcasting) grants to purchase NPR programming interjects federal authority into local station program decision-making," NPR said in a statement this week. "This legislation would ultimately dictate the daily editorial schedules and news programs of nearly one thousand public radio stations across America." (An NPR spokeswoman did not respond to requests for additional comment.)

Lamborn calls the argument "bizarre" and argues that forcing NPR to go without federal money is not meddling with editorial content. "If they're independent, they can do whatever they want," he says.

Can Lamborn succeed? A well-connected House GOP aide says the bill is "not a top priority, like repealing Obamacare," but that its prospects for passage are "pretty good." In the Senate, Democrats would likely filibuster, and one GOP source says it would be "tough to get 60 votes" to overcome Democratic opposition. Still, things could change -- they did after the Williams controversy -- and Lamborn is determined to keep trying for as long as it takes.