Obamacare Mess is Legacy of Democrats' Brief Moment of Power 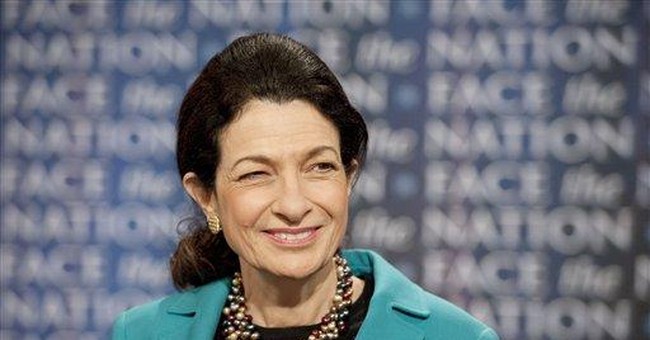 As Republicans take power in the House and play a more influential role in the Senate, it's good to think back a year. As 2010 began, it was not at all clear that big Republican victories were on the way -- only that the GOP was at its lowest point in a long, long time.

Roundly defeated in 2008, House Republicans were powerless to stop a huge Democratic majority from passing the national healthcare bill in November 2009. Then, in late December of that year, Senate Republicans were just as powerless to stop a filibuster-proof majority of 60 Democrats from pushing that far-reaching and deeply unpopular piece of legislation through the Senate.

With the passage of Obamacare, GOP lawmakers learned what defeat really meant.

The country is still learning the full extent of the damage. A new analysis by the Washington Post shows that a provision of Obamacare dealing with high-risk patients is attracting far fewer participants than expected but still costs vastly more than projected -- a bad omen for the law's other programs. And that is on top of earlier reports showing that Obamacare will actually bend the cost curve upward, not downward; that many companies are curtailing or planning to curtail coverage offered to employees and retirees; and that its core provision -- the individual mandate -- might well be unconstitutional. It's a mess. And as this Congress ends, and a new Congress considers repeal, it's worth remembering the unusual and fleeting circumstances that led to its passage.

Obamacare is the product of a brief moment of total Democratic dominance in Washington. Key to that dominance was a 60-seat, filibuster-proof Senate majority. It wasn't a sure bet for Democrats; despite victories in 2008, the party's hopes for that majority depended on the defection of formerly Republican Sen. Arlen Specter and the outcome of a contested race in Minnesota. After a controversial recount, Al Franken became the 60th Democratic senator on July 7, 2009, giving Democrats an unassailable edge.

But that majority disappeared just 49 days later when, on Aug. 25, 2009, Massachusetts Democratic Sen. Ted Kennedy died. State law called for a special election to fill the empty seat. That would have taken months, and as public opposition to Obamacare grew, Democrats became increasingly anxious to pass the bill as quickly as possible. Luckily for them, Democrats in the Massachusetts legislature came to the rescue, changing the law to allow the immediate appointment of Democrat Paul Kirk. Sworn in on Sept. 24, 2009, Kirk gave Democrats 60 votes once more.

After Obamacare passed the House on Nov. 7 -- over the opposition of 39 Democrats and all but one Republican -- Senate Democrats raced to get the job done. Threatening to keep the Senate in session through the holidays, they finally passed the bill -- 60 Democratic votes, not one to spare -- in the early hours of Christmas Eve.

Even as that vote was taken, a little-known Massachusetts Republican named Scott Brown was rising in the polls in the race for Kennedy's seat -- by promising to become the 41st vote against Obamacare. On Jan. 19, Brown's victory shocked the political world. When he was sworn in on Feb. 4, the second period of a Democratic filibuster-proof majority was over. It had lasted 134 days.

But health care had been passed. Later, without a decisive Senate majority, Democrats were forced to use procedural maneuvers to put the final touches on Obamacare. But they were just tweaking what had only been possible with a 60-vote majority.

The last such achievement, Medicare, passed in 1965 with bipartisan support on the foundation of a huge Democratic majority that lasted many years. Obamacare barely scraped by.

Brown's win helped change GOP fortunes. But even with that victory -- and wins by Republicans Chris Christie and Bob McDonnell in the New Jersey and Virginia governors races -- the huge victories that would come for Republicans in November 2010 were beyond the imagination of most observers. Now a new, more balanced Congress will consider what to do with Obamacare. House Republicans will likely vote to repeal the bill, and Democrats, still in control of the Senate and White House, will fight furiously to keep their achievement untouched. As the battle goes on, it will be good to remember the circumstances and lessons of the bill's passage. Given a brief window of opportunity, a determined group of lawmakers can do damage that might take years to undo.