Why Obama Defies the Public on Health Care 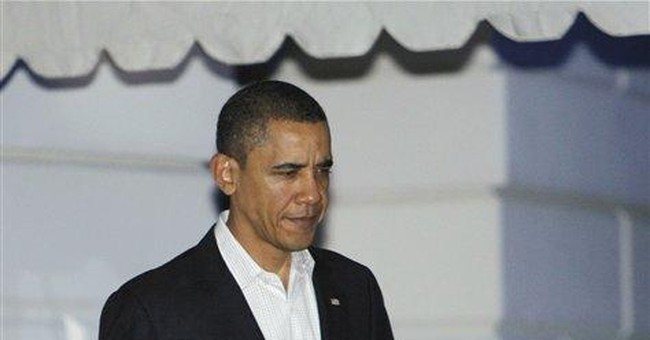 "There have been a lot of comments from every Republican about the polls," President Obama said near the end of the Feb. 25 White House summit on healthcare reform. "What's interesting is when you poll people about the individual elements in each of these bills, they're all for them."

What Obama was addressing was a dilemma that drives Democrats crazy. Polls show the public supports some parts of the Democratic national healthcare-reform plan, but adamantly opposes the comprehensive bill now dying a slow death on Capitol Hill.

On the other hand, asked what Congress should do on health care -- pass the current bill, start work on an entirely new bill, or stop working on the issue altogether -- a huge majority opposes the Democratic proposal now on the table. Just 25 percent of those surveyed want to see the bill passed, 48 percent want Congress to start over, and 25 percent want lawmakers to stop working on health care altogether. Put those last two together, and an overwhelming majority of 73 percent does not want Congress to pass the current bill.

The White House is cherry-picking the news it likes; that's what Obama was doing when he said the public is "all for" elements of the bill. But bring up the polls showing people just don't want the current bill, and the administration gets a little dodgy.

"Who knows what is in those polls, how they were taken, when they were taken?" White House healthcare spokeswoman Linda Douglass told Fox News during a break in the summit.

But why do people support some elements of the bill while opposing the bill overall? Some Democrats blame Republican misinformation. Some believe it's because the bill isn't yet a reality; people would love it, they say, if only it were passed. Others say the public just doesn't know what is best.

That's what's happening now. And it's something Democrats would know if they had listened to one of their leading pollsters.

Back during the 2004 presidential race, there was a debate going on inside the John Kerry campaign. Should the Democratic candidate push bold, far-reaching proposals? Or should he balance boldness with more modest initiatives?

Pollster Stanley Greenberg did some research. He found that, when considered individually, Kerry's most sweeping plans were more popular with voters than his more modest ones. "Voters are ready to respond to new ideas, particularly bold ones," Greenberg wrote.

To further test the idea, Greenberg put together a hypothetical Kerry agenda -- he called it "Bold Kerry" -- which included all of the candidate's bold ideas.

Voters balked. They were uneasy with the big agenda, even though they liked some elements of it. "While voters are clearly open to bold initiatives to major problems, they may be less attracted to the candidate who wants to act boldly in every area, without exception," Greenberg concluded. "All together, that may have suggested an expanding scope for government beyond what people felt they could trust."

And that is what is happening now with health care. Ever since Inauguration Day, the White House has acted on the assumption that, because voters elected Barack Obama, they want "Bold Obama." All the evidence suggests that is wrong.

At the end of the summit, Obama said that if he can't reach an agreement with Republicans -- and there's no chance if the existing bill stays on the table -- then "we've got to go ahead and make some decisions." That means jamming the bill through Congress against the public's wishes. And if there's still dispute, Obama said, "that's what elections are for."

He's right. This is an issue that won't be fully settled until November.