Notes From a Lapsed Democrat 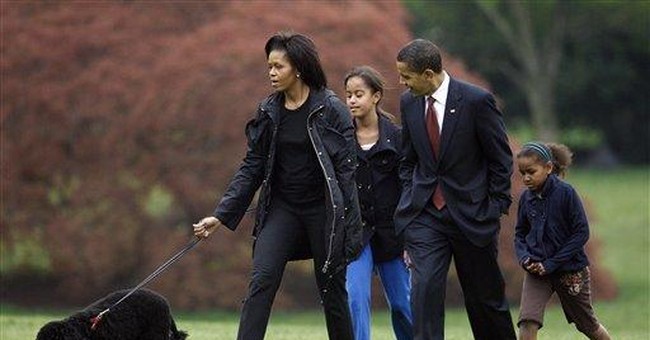 I was born in 1940, which means that during my lifetime 13 men have been president of the United States. For many of those years, I was a Democrat. As was the case with Ronald Reagan, I never feel I had left the party, but that the party had gone stark raving mad and left me.

By and large, I don’t find the baker’s dozen to be overly impressive, either as leaders or as individuals. There are only three or four of them I can even imagine being friends with or wanting to have as next-door neighbors. But there are only two of them, Carter and Obama, whom I regard as unmitigated disasters. While it took Carter four years in office and 29 years out to achieve his greatly deserved recognition as an incompetent, a phony and a sanctimonious anti-Semite, Obama has pulled it off in just a few short months.

He has managed this by displaying his general incompetence by surrounding himself with clowns like Joe Biden; the seriously corrupt, such as Bill Richardson and Tom Daschle; and too many tax cheats to list in the space available.

Obama has also proven himself to be a liar of such proportions that if he had started out life like Pinocchio, his nose by this time would stretch from sea to shining sea. He has fibbed about everything from barely knowing Bill Ayers to never listening to a Jeremiah Wright screed, from banishing pork and lobbyists to providing transparency and change we can all believe in. On top of all that, while spouting the usual political piffle about economizing and saving the environment, he hosted the largest, most expensive inauguration in history, and from the way he and his posse jet around on the fuel-guzzling Air Force One, you’d think he was a rock star.

All of that would be no more or less than business as usual, Washington style, if he weren’t also working overtime to simultaneously bankrupt the country and turn America into a socialist state patterned after Castro’s Cuba.

The scariest part of all this is that so many Americans continue to root him on. Those of us who are opposed to his agenda are accused, like Rush Limbaugh, of hoping America fails. Nothing, of course, could be further from the truth. What we’re hoping for is that America can somehow survive this frontal assault on our freedoms, and that our economic system can remain basically intact in spite of the combined efforts of Obama, Pelosi, Reid, Frank, Dodd and Geithner, to destroy it.

When I hear people in and out of the media who should get down on their knees and thank God or at least their ancestors that they were lucky enough to be born in America, instead parrot left-wing insults about this country, I want to slap them silly. I sometimes wonder if those folks who, in the 1950s, nattered incessantly about the Communist-inspired fluoride conspiracy were right. Perhaps there was something in the water that turned so many brains to mush. I mean, why else would so many of my fellow Jews be so utterly convinced that Barack Obama is the messiah we’ve been waiting for?

For what it’s worth, now that the president has fired CEO Rick Wagoner and taken over General Motors, do you suppose it will henceforth be called Commander in Chief Motors, and that Cadillac, Buick and Chevrolet, will be re-named Michelle, Natasha and Malia Ann? Which reminds me, it’s still nothing but a rumor that Obama fired God earlier today, claiming that the universe isn’t big enough for both of them.

My old friend, Pat Sajak, who, when not busy spinning his wheels, is politically savvier and wittier than any of the talking heads you find on TV, has revised the question that plagued Richard Nixon 60 years ago to better fit GM’s new chief honcho: Would you buy a new car from this man?

Although I am not usually given to omens, I can’t help feeling it means something that the next presidential election will take place on November 6, 2012, the day before Gen. David Petraeus turns 60. I, for one, can’t think of a more appropriate birthday present for the man and the nation than giving him a well-deserved promotion.

Bronson Stocking
Lindsey Graham Sounds Off on Double Standard for Biden and Burisma
Cortney O'Brien
What Joe Biden Just Said About Illegal Aliens Proves Democrats Care More About Them Than Americans
Matt Vespa
There’s Something You Should Know About the Writer Who Trashed the Virginia Gun Rights Rally in GQ
Matt Vespa
It's Official: FISA Court Says Warrants Issued Against Carter Page Were Not Valid
Katie Pavlich
Sen. Josh Hawley: Because of Dems' Presented Case, Joe and Hunter Biden Must Testify
Julio Rosas

It's Official: FISA Court Says Warrants Issued Against Carter Page Were Not Valid