Let Us Not Praise Famous Men - Or Women 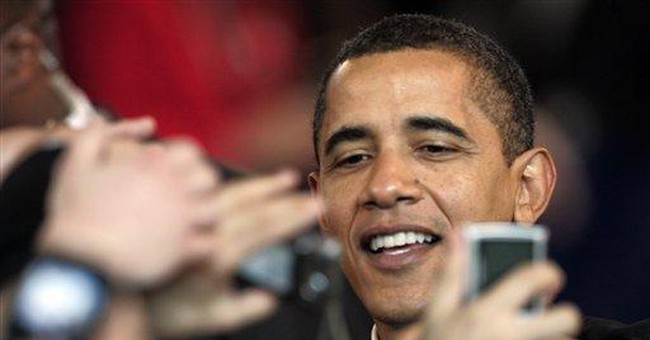 The way that liberal politicians and Hollywood celebrities carry on over the plight of poor people, you might easily get the idea that they actually know some. They don’t. Why would they when they only hang around with each other?

Those two groups are made up entirely of narcissists. Who else would want or need to exist entirely in the spotlight? They’re like moths. The irony is that, physically, the two groups couldn’t be more different and, yet, on a per capita basis, they probably spend the same amount on Botox, collagen and plastic surgery. When it comes to nips, tucks and hair transplants, alone, Hillary Clinton, Nancy Pelosi and Joe Biden, have spent enough money to keep several poor families in vittles for years to come.

Speaking of appearances, I can see the attraction of politics. In no other field, except perhaps for rock and roll, are so many homely people described as highly photogenic sex symbols. I first became aware of this phenomenon when John Kennedy, a man who in his early 40s already had an impressive set of jowls, was sold to us as a combination of Tyrone Power and Cary Grant. Then along came Bill Clinton, a pudgy fellow with a big red nose and little piggy eyes, and yet even he apparently made liberal women swoon. Now we have Barack Obama, a man boasting ears that would put Dumbo to shame, a man who looks like he could leave Air Force One in the hangar and just let a strong breeze carry him wherever he has to go.

It’s not just the politicians, but also their mates, so long as they’re Democrats, who get the star treatment. Take Michelle Obama…please. Every time I turn around, there she is on a magazine cover. Now, normally, like the Mafia, I lay off the spouses, but inasmuch as this particular spouse attended the same racist church as her hubby for 20 years, I’ll make an exception in her case. After all, in spite of the fact that affirmative action got her an Ivy League degree and a $7,000-a-week salary and, moreover, has sent billions of dollars for no particularly good reason to Africa, she insists this is a mean country.

Naturally, the left-wing media is now trying to convince us that this James Brown-look-alike has all the allure, glamour and fashion sense of Jackie Kennedy. I have even heard her upper arms described in the sort of language Wordsworth devoted to flowers in the morning dew and that Keats lavished on nightingales. Frankly, if I were Mrs. Obama and the geeks started rhapsodizing about my triceps, I might consider wearing sleeves.

But there’s no getting around the fact that Barack is the bigger menace. His latest money-burning crusade is universal health care. It was bad enough when the Clintons pushed for it 15 years ago. It hasn’t improved with age.

If it were up to me, basic health insurance would only cover catastrophic injuries and diseases. If hypochondriacs feel they have to see a doctor every time they sneeze, that kind of coverage can be handled the same way as car, life and fire insurance. They’d pay through the nose for it. As P.J. O’Rourke observed: “If you think health care is expensive now, just wait until it’s free.”

A friend of mine thinks that one way to lower the price of medical care is through tort reform. He thinks that so long as lawyers can put physicians through the meat grinder, doctors will be forced to keep raising their fees in order to cover their insurance bills. It was my friend’s suggestion that if somebody sues a doctor for malpractice and loses the case, he should be liable for all the court costs. I pointed out that no poor person, no matter how badly maimed, could then afford to sue and run the risk of losing and that no lawyer could afford to take the case on a contingency basis.

My solution was that no lawyer would be allowed to sue a doctor if he had sued a medical practitioner, say, twice before and lost. That would at least prevent the worst sort of shyster from making a career out of chasing ambulances.

One of the things that concerns me about Obama’s presidency is that every time he opens his yap, he sounds so darn naive. Just recently, he spoke about reaching out to moderates in the ranks of the Taliban. A moderate in that society is a cretin who wants to murder Christians, Jews and any woman who refuses to wrap herself in a bed sheet before leaving the house, but who draws the line at beheading his victims for Al-Jazeera’s TV cameras.

I find it hard to believe that the majority of saps who voted for Obama last November would do it all over again even though he has been spending money in a way that would give drunken sailors a bad name, while Wall Street and Main Street both begin to resemble Tobacco Road. It seems that when people described Obama as charismatic, they didn’t mean he was particularly bright, only that he was able to convince a lot of dummies that liver-and-onion flavored ice cream tastes better than chocolate or vanilla.

The way things are headed, it seems that Khrushchev almost got it right. The Soviet Union didn’t bury us, as he predicted, we simply dug our own grave. We went Socialist without a bomb being dropped or a shot being fired. The coup took place in election booths all over America, and anyone who doesn’t regard it as a tragic event didn’t deserve to be born here.