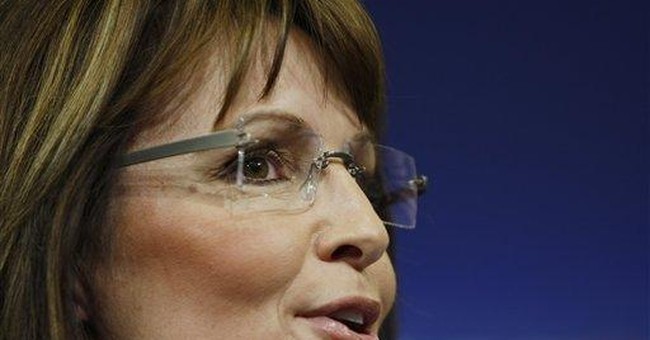 I don’t know how many of you are old enough to remember “To Tell the Truth,” a TV game show on which three contestants tried to convince a panel that each of them was the one telling the truth about himself when in fact two of them were lying. Lately, the Democrats have been reminding me a lot of those two contestants. Instead of competing for small cash prizes, though, these hack politicians are vying for votes.

For instance, Barney Frank, who has always looked and talked like a cartoon character, has begun behaving like one. He keeps insisting that he had nothing to do with the sub-prime debacle. He bases this outlandish claim on the fact that the Democrats were in the minority on the House Finance Committee until January 31, 2007, when he became the chairman. Even if we choose to overlook the obvious fact that he did nothing to avert the disaster during the year-and-a-half he and his liberal colleagues held the reins, the truth is that the Democrats brought on the financial catastrophe by forcing the major lenders to do business with black and Hispanic deadbeats, and by intimidating the gutless Republicans on the Committee with threats of outing them as racists if they didn’t play ball.

But when it comes to lying, even Mr. Frank, formerly at the epicenter of a homosexual prostitute ring in Washington, can’t compare with Joe Biden. But, then, neither could Pinocchio or Baron von Munchhausen. When you realize that the vice-presidential debate took only 90 minutes, and that Gwen Ifill and Sarah Palin used up roughly 50 minutes with their questions and answers, Sen., Biden had a mere 40 minutes in which to cram in over a dozen lies. It’s one of those mind-boggling records, like Joe DiMaggio’s 56-game hitting streak, that may never be broken.

For openers, Biden is not in favor of clean coal as an alternate fuel. He has voted against its use every chance he’s had during his 36 years in the Senate. And while I don’t know in what cave Biden has been hiding, he must be the only person in America who didn’t hear Barack Obama state that, without any preconditions, he would sit down with Mahmud Ahmadinejad. But that was only after he informed us that Iran was a small country and in no way a dangerous one. Furthermore, instead of presuming to inform Gov. Palin that Ahmadinejad is not really Iran’s head honcho because it’s a theocracy, he should have mentioned it to his running mate, inasmuch as Obama never mentioned sitting down with the mullahs.

When Biden said that McCain, like Obama, voted against funding the troops, he lied, knowing full well that McCain only refused to vote for the funding bill so long as it was tied to a timeline for withdrawal. Leave it to the Democrats to tell the Islamic terrorists to hang tough because, come hell or high water, we’ll be gone on a certain date.

Biden also lied when he said that McCain would raise taxes on people’s health insurance, and when he announced that Gen. David McKiernan said that principles of the surge could not be employed in Afghanistan, and again when he insisted that we spend more money in three weeks fighting in Iraq than we’ve spent altogether in Afghanistan.

Finally, Biden lied when he claimed that McCain weakened the regulations on Fannie Mae and Freddie Mac. But perhaps that wasn’t exactly a lie. Maybe he just confused John McCain with Barney Frank or Maxine Waters because they look so much alike.

It’s not easy determining which of the numerous lies Biden rattled off in his allotted time was the most blatant, but my vote would probably go to his claim that he didn’t vote to authorize the war in Iraq. If I remember correctly, his explanation was that he was only authorizing President Bush to continue seeking a diplomatic solution, although it would be the first time in history that a president has ever required a vote in order to conduct diplomacy. I swear I could actually see Biden’s nose growing after that one.

My biggest laugh of the night came when Biden, who lives in a very large house in a very pricey part of Delaware, suddenly tried to pass himself off as a regular guy talking about the middle-class folks in his neighborhood and his homies down at the local Home Depot. The truth is, a family of five could eat for a year on what this man has spent on hair plugs and having his teeth painted.

So far as I can tell, the only difference between the Democrats and Burger King is that Biden and friends don’t offer cokes and fries with their whoppers.