A 12 Step Program for Recovering Liberals 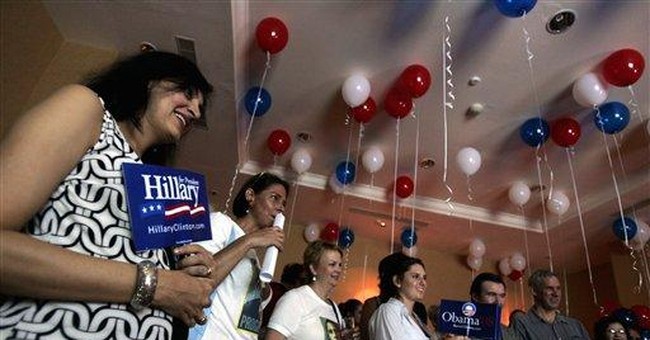 Most 12-step programs start out by requiring that people have to understand that they’re powerless over their addiction and that only by turning their lives over to a Power greater than themselves can they be restored to sanity. Far be it from me to suggest that I am that Power, but clearly someone has to step in and try to rescue these poor liberal souls. Even the most harebrained among them deserves that much.

First, though, they have to acknowledge that Ted Kennedy, Nancy Pelosi, John Murtha, Dick Durbin, Charles Rangel, Harry Reid and Charles Schumer, are not moderates, but, rather, leftists with a Socialist agenda. Furthermore, they must recognize that the New York Times, the Washington Post, the L.A. Times, CNN, the three major networks, the news magazines and the New Yorker, are not objective in their reporting of political events, and neither are Chris Matthews, Keith Olbermann and Bill Maher, in their commentary. If these entities and individuals are not on the payroll of the DNC, they certainly should be. They certainly put in longer hours than Howard Dean.

Step #1: It is high time that every American be guaranteed the right to speak freely. It is not reserved solely for left-wing college students who wish to take advantage of the first amendment to shout down conservatives. At the same time, they must not construe the conservative’s right to dismiss them as arrogant idiots as censorship.

Step #2: Affirmative action argues that African Americans and Latinos are intellectually inferior and are unable to compete academically unless other students are handicapped because of their race. Interestingly enough, when blacks and Hispanic students are given these unfair advantages, it’s rarely at any cost to white students, whose rate of college admissions remains constant; instead, it’s nearly always another minority group, Asians, who pay the price. This is what left-wingers refer to as leveling the playing field.

Step #3: Liberals always claim to be in favor of higher taxes, agreeing with Bill Clinton that the government invariably spends money more wisely than those who actually earn it. However, such prominent proponents of higher taxes as George Soros, Ted Kennedy and Mr. and Mrs. John Kerry, protect their own otherwise taxable income through trusts and offshore accounts. Obviously, any American who believes higher taxes are a good thing can do the honorable thing by spurning all deductions and paying Uncle Sam everything up to 100% of his income.

Step #4: Even the most secular of liberals seems to believe that Jimmy Carter is a saint. The evidence for this seems to be that he has on occasion posed with a hammer in his hand at Habitant for Humanity building sites and is constantly walking around with a expression on his face that suggests he has just forgiven Pontius Pilate for betraying him. This is the same fellow, let us never forget, who called Yasser Arafat his good friend and who has accepted untold millions of dollars from Arab cut-throats, who ask nothing in return except that he go on insisting that there would be peace in the Middle East if only those darn Israelis would disappear from the face of the earth.

Step #5: Stop insisting that all wars are bad. It only makes you sound daft. Carrying signs that equate a U.S. president, any U.S. president, with Adolph Hitler is not only rude, but suggests you’re certifiably nuts. Every president has left office right on schedule. Aside from FDR, who just happened to get elected four times, not one of them has remained in office beyond eight years. On the other hand, Hitler ran Germany for 12 years and only death and the allied forces brought that to an end; Stalin ran the Soviet show for 31 years; while that hero of the left, Fidel Castro, held the reins, not to mention the whip, for about 50 years.

Step #6: Repeat after me, “Separation of church and state” exists nowhere in the Constitution. The first amendment does not require the removal of Christmas trees from the village green, the 10 Commandments from court house walls or “under God” from the Pledge of Allegiance. All it does is forbid Congress from establishing a state religion, such as the Church of England, and anybody who tells you otherwise is a liar and, most likely, a card-carrying member of the ACLU.

Step #7: Stop using the word “big” as a pejorative. There is nothing intrinsically bad about big oil, big agriculture or big pharmaceuticals. Overall, they do a very good job of keeping our cars on the road, food on our tables and most of us over 50 alive and functioning. On the other hand, big government, which so many liberals simply adore, represents a usurpation of the allegedly inalienable rights of individuals. A quick perusal of the Constitution should convince you that beyond declaring war, forging treaties, overseeing patents, printing money, running the post office, collecting taxes and protecting our borders -- and a few other things that Washington doesn’t do at all well these days -- the federal government has very limited responsibilities.

Step #8: Acknowledge that the United Nations is, in the main, an aggregation of venal diplomats who live high off the hog in New York City while representing the most corrupt and vicious regimes in the history of the world. Only a fool or a diplomat would continue to suggest that this gang of well-dressed thugs possesses anything resembling moral authority.

Step #9: Do not keep insisting that at a time when nearly all the large scale evil in the world is being perpetrated by Muslims that racial profiling is anything but a sensible approach to airport security. During WWII, Swedish Americans were not suspected of performing espionage for the Axis powers and for a very good reason; namely, because they weren’t performing espionage for the Axis powers. These days, their Swedish American children and grandchildren are not suspected of trying to blow up airlines, but the smarmy bureaucrats insist on pretending that they’re every bit as likely to be up to mischief as a bunch of 25-year-old Osama bin Laden look-alikes from Yemen and Saudi Arabia.

Step #10: Stop trying to pretend that illegal aliens are the same as legal immigrants just so you can claim the moral high ground and accuse those of us who are opposed to open borders of being racists.

Step #11: Once and for all, stop forgiving murderers. Whether or not you’re in favor of capital punishment, only the victim of a crime has the right to grant forgiveness. And inasmuch as the killer has deprived his victim of that ability, don’t take it upon yourself. It doesn’t prove how compassionate you are, only that you’re as sanctimonious and as self-aggrandizing as, say, Jimmy Carter.

Step #12: Stop bashing the U.S. military and the Boy Scouts. The only reason you have the ability to shoot your mouth off is because men and women braver and better than you sacrificed life and limb for your right to do so. As for the Boy Scouts, they are absolutely right to keep homosexuals from taking youngsters on camping trips. While it’s true that many gays are perfectly fine people and that very few homosexuals are pedophiles, there’s no reason on earth to take unnecessary risks just so we can all prove how broadminded we are. For what it’s worth, as decent as most Catholic priests are, I wouldn’t let them take youngsters into the woods, either. It’s fine to be compassionate and understanding, but let the gays among us be understanding for a change and acknowledge that, every so often, commonsense should trump political correctness.

And, finally, making this a baker’s dozen, Step #13: Let us all agree that while being a woman, a black, a Jew, a Catholic, a Mormon or even a gay, for that matter, should in no way preclude anyone from being elected president of the United States, none of those things constitutes a very good reason to vote for someone.