Just a Country Boy at Heart 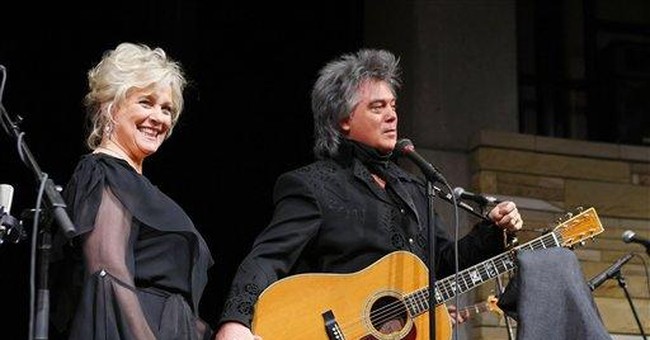 A few years ago, I re-connected with a guy I hadn’t seen in about 50 years. We’d been friends in junior high, but once my family moved, Gary and I wound up attending different high schools. Which is pretty much like living on different planets.

After he came across my stuff on the Internet, Gary contacted me and suggested getting together for lunch. And so we did. While reminiscing about the old days, I told him that I was still grateful that he’d taught me to play tennis. He was surprised to hear that I still played. But his surprise was nothing compared to mine when he said that he was grateful that I’d introduced him to good books and great music. Quite honestly, I hadn’t realized I’d done that. Unlike his teaching me tennis, it wasn’t something I’d set out to do. But he assured me that I was the first person he’d ever known who read Steinbeck and Dickens, Salinger and Dostoyefsky, Benchley and S.J. Perelman, and who listened to classical music.

It had never occurred to me back then or at any time since that I was anyone’s role model. In fact, the only time I ever set out to influence anyone’s taste in books was with my son and, in spite of or perhaps because of my efforts, he’s always hated reading anything but a hand of cards. As for music, the only kind he ever seemed to like was the sort that people of my generation refer to as a lot of very loud noise.

Actually, my own taste in music, as with books, is pretty eclectic. Along with Beethoven, Bach and Brahms, I enjoy Puccini, Copland, Debussy, Rachmaninoff, Barber, Prokofiev, Porter, Gershwin, Rodgers, Berlin, Kern, Sondheim and Loesser. I also have a soft spot for the best of those guys who have enhanced so many movies with their dramatic scores; people named Steiner, Waxman, Korngold, Bernstein, Legrande and Morricone.

But it was only in the past year that I discovered and fell in love with yet another musical genre; namely, country western. It happened quite by accident. When I’m in my car, I tend to listen to talk radio. But on weekends, guys like Michael Medved, Dennis Prager, Hugh Hewitt and Dennis Miller, thoughtlessly leave me in the lurch, forcing me to fend for myself. Well, some months ago, after station-surfing all over the AM dial and finding that the only topics under discussion seemed to be computers, vitamins and investment opportunities, I bit the bullet and switched over to FM. It was there I discovered a country western program, and there I stayed.

If it didn’t sound so grand, I would say that I’d had an epiphany. For, I truly had no idea that there were still songs being written today that were not only melodic, but came equipped with lyrics you could understand and that did not appear to have been copied off a bathroom wall.

Driving to and from tennis today, I heard about an hour’s worth of songs, and never heard anything about pimps and hos and killing cops. Instead, I heard love songs about husbands and wives, and celebrations of fathers, mothers and even siblings. Hard to believe, but in 2008, there are people busy writing and singing songs in tribute to grandparents, to teachers who made a difference, to soldiers and even, if you can believe it, to America.

There are songs, too, about unrequited love, about friends who have passed and about spiritual redemption. There is currently even a clever and touching song in which a grown-up is writing a letter to his 17-year-old self in which he tries to reassure the boy that even though it seems like the end of the world because his girl friend has dumped him, things will eventually turn out just fine, although he understands that for kids that age, it’s awfully hard “to see past next Friday.”

Many older people lament that life in these United States has gone to heck in a hand basket, and they long for the good old days when friends and family seemed to matter more, when people married and stayed married to their high school sweethearts, and when loving your country wasn’t dismissed as a cornball emotion.

Well, I’m here to tell you that the old days aren’t entirely dead and gone. They’re actually alive and well, and as I recently told Gary, you’ll find them on your FM dial.