No, U.S. Autoworkers Are Not a National Security Threat

Bryan Riley
|
Posted: Jun 14, 2019 12:00 AM
Share   Tweet
The opinions expressed by columnists are their own and do not necessarily represent the views of Townhall.com. 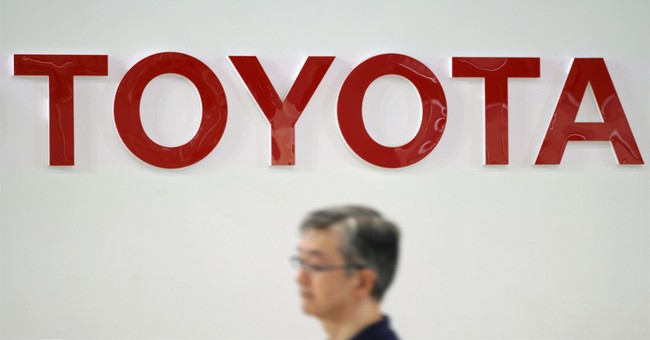 Last year Adam Posen, president of the Peterson Institute for International Economics, called the Trump administration’s investigation into auto imports “a sham.” The White House announcement suggests he may have been right, because U.S. carmakers are not suffering under global competition. They are thriving. Perhaps that’s why the Trump administration was unable to find a single car manufacturer to support new tariffs.

After adjusting for inflation, U.S. production of motor vehicles and parts is higher now than it was in 1989. Annual exports of cars and light trucks from the United States increased from 1.1 million in 1989 to 2.8 million in 2018. While exports were increasing, the number of vehicles Americans imported from the European Union and Japan declined by 891,000.

Here’s what the White House failed to report: In 2017, according to the Federal Reserve, the United States produced 10.9 million cars and light trucks. That’s a big difference from the 3.7 million claimed by the Trump administration.

So, how did the Commerce Department come up with its much smaller 3.7 million number? By ignoring every single car and truck made in Alabama, South Carolina, Indiana, and other states by Subaru, Volkswagen, Hyundai, and other foreign-owned manufacturers. The Commerce Department had to pretend that two-thirds of U.S. auto manufacturing does not exist in order to make it look like imports are a threat to domestic auto manufacturing.

The department then defined any loss of market share by U.S.-owned companies to be a national security threat, whether due to imports or to U.S.-made cars assembled by American workers who work for foreign-owned companies. This methodology appears to reflect White House trade advisor Peter Navarro’s description of foreign investment in the United States as “conquest by purchase.”

It would be bad enough if the White House thought that a job working for BMW in South Carolina was not worth as much as a job working for Ford in Michigan. But it’s worse than that. The White House appears to believe that 410,000 autoworkers who are employed by foreign-owned companies actively threaten U.S. national security by competing with U.S.-owned car manufacturers. This is an insult to these American workers.

As Toyota put it, “today’s proclamation sends a message to Toyota that our investments are not welcomed, and the contributions from each of our employees across America are not valued.”

More than 7.6 million Americans work for foreign-owned companies in the United States. Does the White House view them as a national security threat too?

The auto manufacturers that the Trump Administration is cutting out of the conversation here don’t just create jobs. They bring new ideas that keep America at the cutting edge of global innovation. Japan’s investments introduced Americans to “just in time” manufacturing, and German carmakers like Mercedes and BMW are bringing their apprenticeship programs to the United States. These innovations strengthen U.S. economic security. The White House’s efforts to create artificial divisions between “American” and “foreign” carmakers, just like the tariffs it has imposed on imports provided by U.S. allies, will only make us weaker.

Bryan Riley is the director of the Free Trade Initiative with the National Taxpayers Union, a nonprofit dedicated to advocating for consumers and taxpayers at all levels of government.