How Trump Will Destroy Democrats

Bryan Crabtree
|
Posted: Feb 03, 2017 12:01 AM
Share   Tweet
The opinions expressed by columnists are their own and do not necessarily represent the views of Townhall.com. 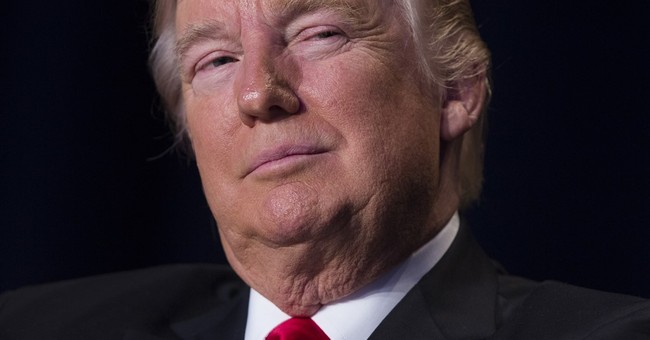 The massive display of outrage against President Trump's immigration order, cabinet picks, Supreme Court justice-nominee and other executive actions is nothing more than a ruse.

Most people on ‘the political left,’ could care less about refugees, immigrants or free health care. Their main concern is power and money. And, their window of opportunity to stop the most devastating political event of Democrat political history is closing.

Once Donald Trump produces an economy that he has promised, upward mobility and a massive expansion of jobs, people will flee the Democratic Party like rats running from the rising water on a sinking ship.

The Democratic Party doesn’t want to fix the economy; they simply want to maintain their position as the doctor prescribing economic pills for short-term pain-relief.

I'm reminded of a lesson I learned operating my real estate company. I bought into a Weichert, Realtors franchise in 2003. We grew it to eight offices with nearly 500 associates and employees. We became their second-largest franchise in the country.

I originally bought into the entire philosophy that ‘Weichert’ offered not initially realizing what actually created the success my company experienced. When we recruited agents we sold a set of benefits and services the company provided that were exceptional in the marketplace (these services and benefits were each akin to policy positions in politics: sales pitches).

What the franchisor missed (as well as me in my naiveté) is that their company’s success (with 200 corporately owned offices making up the largest privately owned real estate company in America) was derived because people bought into Jim Weichert, its founder.

The reason they bought into Weichert is because he had a track record of producing very successful and wealthy real estate agents. Bottom line: they made a lot of money in New Jersey, DC and New York where the company had that reputation.

When I pitched and marketed my franchised version of his company, I made a big mistake. I pitched the brand. People only care about brand when they can’t find something better. Agents wanted the commission, not the ‘stuff.’ This misstep made it very easy to retain almost 100% of our associates but very difficult to recruit high producing, experienced agents. Using all of the philosophical ‘fluff’ you can always attract weaker people and help make them stronger.

In 2008, I sold the business after we dropped the franchise. It dawned on me that people were joining our company only because they were convinced that they were going to make more money there than anywhere else. They didn't care how much support they were going to get, the value of the reputation or the exceptional culture they would be joining.

Those may have been nice bonuses but the money was almost always the only factor.

My company reflected the diversity, religious makeup and political spectrum of America.

It was easy to recruit new, inexperienced people into our organization with the right polished ‘pitch.’ But, it was nearly impossible to recruit experienced people to a little-known brand (in Tennessee and South Carolina) because they were already making a lot of money and would only transition for more of it.

This experience taught me a lesson about people. The emotional fluff may get people going, but the money ultimately prevails.

Once President Trump produces on jobs, incomes and the economy, a large number of the activists/protestors on immigration, women's rights, racial tensions and bigotry will vanish.

For outraged-citizens, these outrageous displays are not about the issues being presented. It is simply ‘fluff’ being used to convince struggling groups to create unlikely alliances for the sake of some immediate financial benefit.

They believe Trump is against them and he must be stopped because Democrats have used emotional hooks to convince them as such. Once these people have jobs and more money they will change their views.

Once I sold my real estate company, I realized that I should have focused on two distinct recruiting and retention efforts: Spend as little money as possible so I could maintain my margins and pay everyone the most money possible - secondly to have sold myself as their partner and advocate and not some guy they've had never met.

In other words, very few established associates concerned themselves with the ‘political dynamics’ once the money was flowing.

Most of the opposition to Trump is people who are financially struggling. The rest are people preying on those who struggle.

Democrats are very clever in that they use these emotional people as puppets for their empowerment. Democrats promise immediate increases in minimum wage, benefits and punitive regulations for ‘big rich businesses’ and people.

To a financially struggling American, it's easy to convince them that the wealthy is racist, xenophobic and has greedy intentions. Historically, these emotionally distraught people continue to vote for an ounce of help today from Democrats instead of a pound of success tomorrow delivered by conservative principles.

It was the improving financial situation of our citizens and their economy that resulted in the landslide victory by Pres. Ronald Reagan in 1984 where he carried 49 states in his reelection victory. His opponent Walter Mondale was from the state Regan lost: Minnesota.

I feel sorry for the illegal immigrants, refugees, residents of the banned countries, groups like Black Lives Matter and Planned Parenthood (et. al). They will learn just how little this country cares for their garbage when Trump fulfills his fundamental promise on money in the economy.

When Trump delivers on 'the money' it will destroy what remains of the imploding Democrat party because their ability to use people’s financial and emotional pain as a political tool will be greatly diminished.