What Does ‘Presidential’ Mean? And, Why ‘Trump Must Be Stopped.’

Bryan Crabtree
|
Posted: Oct 16, 2016 12:01 AM
Share   Tweet
The opinions expressed by columnists are their own and do not necessarily represent the views of Townhall.com. 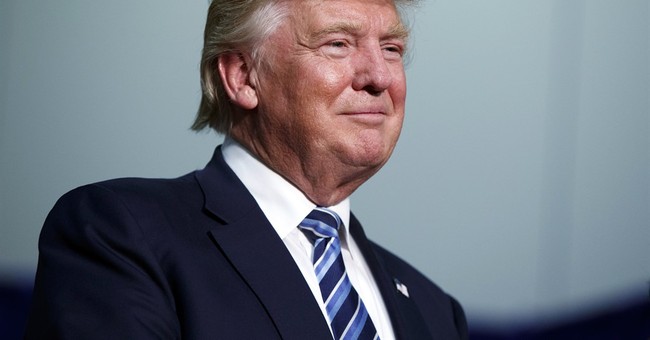 What does ‘presidential’ mean? I’ve heard this word Ad nauseam in this election cycle. I assume it means that the particular candidate should exude class, leadership and style, right?

Look at the history of our presidents: John F. Kennedy’s sexual escapades, Nixon’s Watergate lies/tapes, Clinton’s sex-scandals, Obama’s comparisons of Republicans to terrorists (and that ‘you can keep your doctor’ stuff). They have all been flawed - as are all human beings.

It appears that, in reality, ‘presidential’ is the pinnacle of sexual scandal, illicit behavior, secret recordings, lies, scandals and outrage. If that’s the case both Hillary Clinton and Donald Trump are the most  ‘presidential’ options we’ve ever seen!

Mostly, this phrase has been used to describe what Trump is not. However, most of his controversy has manifest from his ‘harsh truths.’ He’s assaulted our immigration policies, feckless leadership, weak positions on serious security matters, political correctness and failed economic policy. He’s been tough, harsh and relentless.

Let’s add ‘truth-telling’ to what’s not ‘presidential.’ On the issues, Trump has been asserting the the truth of our grim future if we don’t change our ways. Apparently, in order to be ‘presidential’ leaders have to ‘sugar-coat’ reality by telling us what we want to hear. This explains why our country is struggling domestically and abroad.

The media has unwittingly redefined presidential leadership as being passive, politically-correct and apologetic. Instead, leaders are strong, focused and willing to tolerate incredible strife as a result of their positions. At times, leaders are forced to make choices (or assertions) that initially create more pain in exchange for a better future.

Much of our beliefs are indirectly created by how we see and hear the national media. Most of these people live in Washington D.C. or New York. They have degrees from top colleges and have studied most of what they claim to know in textbooks, but without ever engaging in practical application. They see the world in the prism of ‘black and white’ without the understanding of life’s ‘gray area.’

The reality is that the most effective leaders do not resemble what these ‘journalists’ learned in a textbook. They are unique and difficult to define or analyze. Once these exceptional leaders (of our past) make incredible positive change (as an example: pres. Ronald Reagan) they are then chronicled in textbooks for future ‘experts’ to study. Even Dr. Martin Luther King, Jr. was ridiculed as a ‘trouble-maker’ in his time.

Once chronicled in the textbooks, they are not remembered as radical (what they were called in their time) but as an example of how future leadership should be measured.

This election presents an establishment candidate versus an insurgent celebrity-culture candidate with no political experience. The ‘media’ doesn’t understand the contrast because it’s never happened before.

I’ve written extensively about our celebrity-culture that emerged in the 1980’s. During a period of massive expansion and economic success, baby boomers were met with an abundance of wealth, job-growth and opportunities. In this period of excess, we projected the most successful and the most wealthy as role models of achievement.

As this celebrity-culture evolved, many took advantage of this societal fascination to initiate un-earned fortunes. We began to create celebrities overnight, not because of their accomplishments, but because the media anointed them as such.

Much of our celebrity-culture in the 21st century are people with no achievements absent their ill-gotten fame and money. We’ve followed and empowered them with fascination and even worship. As a result, our society has degraded, our morals have declined and our ability to recognize success has been virtually eliminated. It is no longer ‘success leads to celebrity.’ We’ve eliminated the first step in favor of whatever attracts the most attention and ‘click-bait’ on a website.

Meet Donald Trump. Trump entered the brutal Manhattan real estate market with a dream and a $1 million loan. Most thought he wouldn’t make it a year; instead he’s succeeded in that ‘shark tank’ spanning over four decades.

That wasn’t enough for him. In celebrity-culture, success is optional. He couldn’t just succeed in Manhattan real estate and be revered for his success. He had to tap into the celebrity-culture in order to transcend the real estate business. Trump used his success as leverage and access to force journalists into ‘anointing’ him as a role-model of achievement. Because his success was both projected as an inflated image, and as a reality, people became even more fascinated by him.

The media loved Trump because he was clever, entertaining, funny and brought huge ratings. And, so long as he was just a celebrity businessman, the media remained in control of his place in celebrity culture.

In June 2015, with the announcement he would officially run for president, the media realized that the ‘monster’ of their own creation, a powerful benefactor of our despicable celebrity-culture, would threaten their control, reputation and futures.

Trump is as presidential as any man who has ever run for the office. But, he’s not what the media defines as ‘presidential’ because he has found a way to become larger than they are.

As a result, they believe ‘Trump must be stopped.’


This election season isn’t an embarrassment, it’s a painful enlightenment of the fact there is little truth in any anything we see. Trump has been the ‘vessel’ delivering that message. The media created this ‘monster’ and now it’s eating them.