The Worst Part Of The Email Scandal

Bruce Bialosky
|
Posted: Jun 26, 2016 12:01 AM
Share   Tweet
The opinions expressed by columnists are their own and do not necessarily represent the views of Townhall.com. 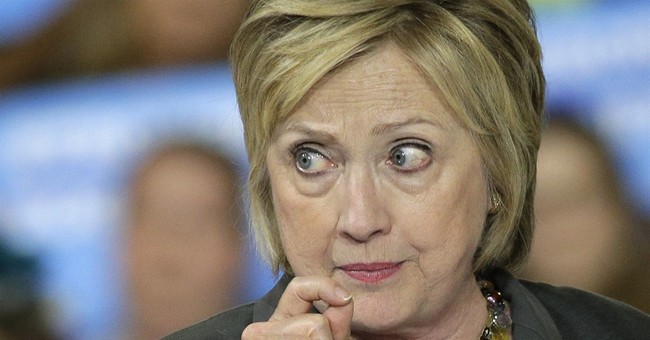 You may have heard there is a controversy brewing about how Mrs. Clinton handled her emails while she was the Secretary of State.  You may have read some analysis of the matter and/or Mrs. Clinton’s denials that there is any “there, there.”  In all that I have yet to read the most salient point of this whole matter and it has little to do with Hillary.

The most amazing part of this entire scandal is that Mrs. Clinton maintained the email and personal server for the four years she was Secretary of State and it never became public.  It was not until the State Department turned over eight emails to the House Benghazi Committee in August, 2014, that the world learned of clintonemail.com.  This was more than five years after the domain was established in January, 2009, during Mrs. Clinton’s approval process in the U.S. Senate.

Mrs. Clinton worked for four years in the Obama Administration, and judging by the amount of emails she turned over (not to mentioned the unknown destroyed emails), she received a substantial number and sent a substantial number of emails (maybe upwards to 100,000). But not one person said anything publicly about the fact that Mrs. Clinton was not using a government email address to send her government email.

I can understand if someone was corresponding to her about family matters or as she said “yoga classes” (I still don’t believe she actually does yoga; she just said that to sound “normal”. I generally don’t believe anything that emits from her mouth).  But the rest were government business and needed to be protected.  I also don’t believe there is a difference between what was supposedly classified and what was not.  As far as I am concerned, anything she sent should have been protected.  That she appears not to have realized that is in itself reason to disqualify her from the position she seeks.

Lastly, I don’t accept there were only two breeches of security and none thereafter.  She and her advisers have no clue how many times Guccifer or other hackers like him got into her system.  They did not send love notes afterward.  Mrs. Clinton wants us to believe that the Russians admitted hacking the Democratic National Committee for over a year with all their security measures and no one ever was successful in hacking the server in her closet.

But back to the main topic.  Not one person questioned this practice publicly.  Not one met a Washington Post reporter in a dark corner of a garage and whispered how the Secretary of State was using her own email on her own domain and exposing nationally-sensitive material to tawdry or dangerous elements on the internet.  This scares the wits out of me and it should scare the wits out of you.  The Obama Administration was running such a cabal that no one challenged this questionable behavior.

In speaking to colleagues about this matter, they asserted various rationale for this lack of response.  Most of their rationale centers on the fact that whoever it was, whether they be people in her department, the White House staff or other people in other departments, they were essentially afraid of challenging Ms. Clinton.

On September 4, 2015, while on Andrea Mitchell’s MSNBC show, Secretary Clinton states she openly used this email and no one questioned it.  As she stated, “The people in the government knew I was using a personal account, the people I was emailing to on the .gov system certainly knew, and they would respond to me on my personal email.”   In other words, during a period when the government was regularly being hacked and the idea of hackers had become ubiquitous, not one person thought that it was bizarre enough to call into to question the fact that the fourth person in the line of succession to run our government was sending all her emails from a private email account in the period 2009-2013.

Mrs. Clinton and her team of apologists like to say that she was doing the same thing as other Secretaries of State.  I have to say William Seward, Lincoln’s Secretary, or John Foster Dulles, Eisenhower’s Secretary, did a terrible job of handling their email.  And that has as much relevance as the canards the apologists use to protect Mrs. Clinton by questioning Colin Powell’s behavior.  We all can remember the first decade of this century and know the rules and concerns regarding email had evolved tremendously from 2002 to 2010.

We should all sit back and take a look at what happened here and how our government under President Obama was totally unwilling to protect our national security, by questioning the behavior of the Secretary of State by the name of Hillary Clinton regarding the most pervasive form of communication in our modern society.

We should also question whether the person at the center of this issue should be allowed to continue this government and become President.  Do you really think she will change the operation of the government?  Do you believe as I do her government will be even more willing to cover up information that we as citizens should be aware of and exposed to?

As I said this is the worst part.  A major part of our government and hundreds of our employees refused to blow the whistle on an obvious dangerous behavior.  That should scare us all.