Immigration and Trade: It Is a Shrinking World – Deal with It

Bruce Bialosky
|
Posted: May 01, 2016 12:01 AM
Share   Tweet
The opinions expressed by columnists are their own and do not necessarily represent the views of Townhall.com. 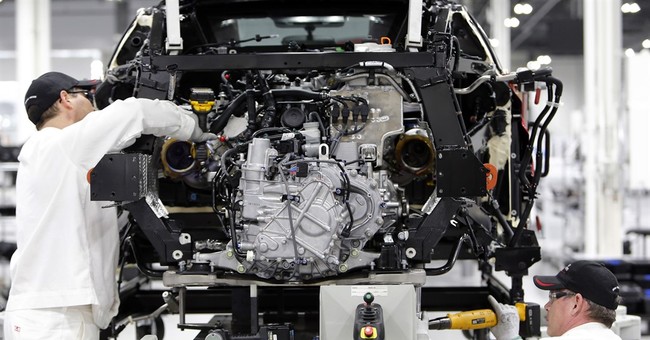 A few years back we traveled to New Zealand on a non-stop flight from Los Angeles. When we got off the plane I saw a man from the flight as I was entering the men’s room. He complained about the length of the flight. I told him “We are half way around the world in 11 hours. This is marvelous.” The world continues to shrink; we cannot stop it and we have to adapt to that reality with our trade and immigration policies.

Two of the biggest topics of discussion in our presidential election are immigration and trade. Candidates from both parties seem to want to revert to the 19th century when schooners dominated ocean travel. Having been all over the world and seen how people from all 196 countries managed to end up in faraway places to provide services and earn a living, it is quite apparent our modern means of travel, communication and shipping are making the march of progress toward an ever-shrinking world insurmountable.

Trump has taken hits for his positions against trade and suggestions to impose tariffs against China and Mexico, but Clinton, Sanders and a large number of Democrats are openly hostile to free trade. There could not be a more myopic view of the world.

First, free trade creates positive relations between countries and encourages them to participate in capitalism. As bad as China is -- and I have been there and seen it -- they are a whole lot better because of the opening up of their markets and their move toward a freer economy. If we are exchanging goods and services with another country, the focus will be on commerce versus a belligerence on other issues. Any time we have closed our markets to protect targeted industries, it has failed and created ill-will in addition to hurting our citizens.

That is not to say that we shouldn’t negotiate and enforce fair trade for the United States. Trump may be right in the fact that we have not aggressively enough pursued fair trade, but stopping free trade is foolish. The Trans-Pacific Partnership with 11 countries in the Far East with whom we want to have economic ties is an imperfect deal, but in the end it is better that we have cooperation with these countries than them turning to China. Our economic interplay will help to extend positive relations and draw those countries towards us versus China.

In the same regard, immigration is a straw man for any economic problems people experience. People want to come to America because they understand that it is the best country in the world for a free and unfettered opportunity to succeed economically. Still today, someone can come here barely speaking the language and become immensely wealthy if they provide goods or services the public needs or wants. There is nowhere else in the world without class structure or limits to one’s ability to succeed like America.

Yet, we have a failed immigration system that is being used as a political football. We have the right and obligation to have an immigration system where people come here legally and stay here legally. The double-edged problem of people illegally pouring across our southern border and people arriving here on visas and never leaving has got to be stopped. The most important value we have in this country that sets us apart from others is the rule of law. If the initial act of a person coming to this country is to break our immigration law and we condone it, what does that say to them and others about our entire legal system?

Sure, they may want to just come here to make a better life for themselves, but so does each person proceeding through the legal immigration process. The illegal immigrants create a negative view by many toward all immigrants which is understandable, but it is distorted. If we properly controlled our immigration, which we have the right and obligation to do, this hysteria toward immigrants would largely dissipate.

And now that we have worldwide terror, we have an additional reason to control our immigration – our safety. Both political parties have policies that are unrealistic. Ms. Clinton recently addressed Syrian immigration by saying “It would be wrong to shut our doors to orphans or to apply religious tests for people fleeing persecution. That’s not who we are. But, of course, we have to be vigilant in our screening and vetting everyone. We can’t allow terrorists to intimidate us into abandoning our values and humanitarian obligations, but we also have to be smart and vigilant about how we process people into our country.” Hollow, schizophrenic commentaries like this by politicians is why people are so upset. We don’t have effective screening and our own government has acknowledged such.

Our guiding light has always been that we want people to come here to become Americans -- to assimilate and adopt the culture of our country and our values of democracy, the rule of law and free enterprise. If they don’t have those values and do not want to become part of our country accepting our traditions, why would we let them into our country? We see that failure across Europe as immigrants don’t assimilate and dangerous situations occur. Why would we want to emulate that?

We often place blame on others for our own failings. Our single biggest failing is our educational system run by the Education Cartel that has more interest in perpetuating itself than serving the interest of the American people. Many have railed against the system for years with meager results largely because of the protection racket run by the Democrats.

We graduate students from high school significantly unprepared for working in our modern society, then a large portion attend college where they are taken advantage of financially and sent off with little or no preparation for a career.

While people complain about the loss of manufacturing jobs, a significant amount of jobs have returned to the United States as we have become more competitive against certain economies like China. Manufacturing’s share of the U.S. economy is just 12.1% of GDP in 2014, compared with 28.1% in 1953. But the value added in constant dollars of U.S. manufacturing in 2014 was at an all-time of $2.1 trillion versus $110 billion in 1953.

The National Association of Manufacturers estimates in the next decade that there will be 3.5 million new well-paid manufacturing jobs created right here in America. They also report that they expect two million to go unfilled because of a skills gap. Currently, they report that 80 percent of manufacturers report a moderate or serious shortage of qualified applicants for skilled and highly-skilled production positions. That is not Mexico’s fault or China’s fault; that is our fault and that is our educational systems fault.

We currently are fighting about H-1B visas to allow highly-skilled people into the U.S. to fill jobs for the tech industry, but does anyone other than me question why all of our college grads our not filling those jobs? Many others question whether these visas are being used to import cheaper foreign labor to fill American jobs.

The Educational Cartel is failing our country and it is criminal as they steal the future of young Americans.

We need free trade to spread the virtues of free enterprise and capitalism. We need protected borders to enforce safe and responsible immigration and to bring into America people who want to become Americans. The current political rhetoric from both side of the aisle devalues our country and does a disservice to our people.