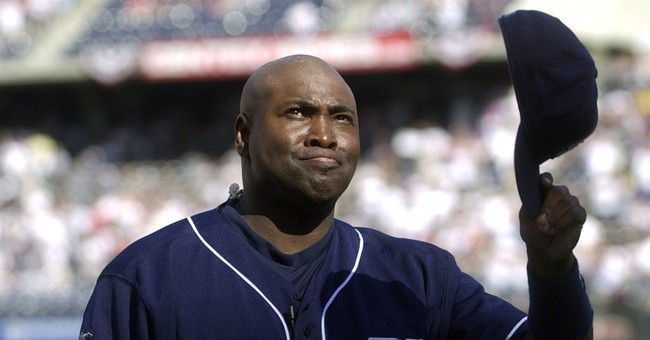 The world lost not only one of the greatest baseball players of all-time this week, but one of the finest representatives for baseball, sports and humans of all kinds. The death of this wonderful man at the early age of 54-years-old was a loss for all of us.

My first awareness of Tony Gwynn came early as he followed me by just one year after I graduated from San Diego State University. Fascinatingly, he came to the Aztecs as a highly-heralded basketball point guard and did not even play baseball at SDSU his first year. He became such a stand out in both sports that he was drafted in 1981 by both the San Diego Padres and the San Diego (now Los Angeles) Clippers. He decided he was too small to make it in professional basketball, thus gracing the baseball world with an athlete who became one of the greatest hitters in history and a wonderful all-around player.

Even though he never played for one of my favorite teams, he soon became one of my favorite players. A true baseball fan recognizes individual greatness even if the player is on a team you despise (think Derek Jeter of the Yankees). Gwynn, who came to the majors in 1982 after a short stint in the minors, showed a little flash of his hitting ability by batting .289 in 56 games that year. That was the last time he dipped below a .300 average; his next 19 seasons were over that mark, establishing a streak only exceeded by one player in 150 years of baseball – Ty Cobb.

Gwynn made the art of hitting look simple. But even for him it was not. He applied to hitting a baseball Thomas Edison’s famous statement that genius is “one percent inspiration and 99 percent perspiration.” Gwynn simply outworked everyone else. As chronicled in George Will’s Men at Work, which I believe to be the best book ever written about baseball, Gwynn mastered the art of hitting by studying and practicing. In Will’s 70 pages on Gwynn, one learned how he was one of the first to use video tape to dissect every aspect of his swing and his at bats. The book was published four years before Gwynn toyed with hitting .400, a milestone last achieved in 1941 by arguably the greatest hitter of the modern era – Ted Williams. Gwynn was a lesson to us all that greatness comes from hard work.

But in an era when many people are antagonized by sports figures, Gwynn was the epitome of a shining example of sports stars and human beings alike. He played his entire 20-year career for the San Diego Padres. He was encouraged to test the free agent market (everyone would want the best hitter of last fifty years), but Tony said no. His home was in San Diego and his family loved it there. The players’ union encouraged him to become a free agent because his skills would raise the financial bar for everyone else, but Gwynn got into a now-famous argument with the union by telling them the extra money was not worth it to him.

Gwynn’s closest relationship in baseball may have been with Ted Williams. There was no one else who could talk hitting with him; they were the only two living players named in the Top 20 Lifetime Batting Average list playing after 1935 (Lou Gehrig is the other). But Tony was different than Williams as Ted never was friendly to fans or the press. Gwynn could have been in the “Nice Guys” Hall of Fame. You would have to search far and wide to find someone who did not love Tony. He was always helpful, always had a big smile, and an infectious laugh.

So because of my great admiration for this baseball player, my wife gave me an extremely memorable birthday present. Among the innumerable dislocations caused by 9/11 was a week delay in the baseball season. Tony Gwynn’s last game was being played on my 48th birthday – October 7, 2001, in San Diego. She snared three tickets. We dragged along #1 son and drove to San Diego in order to pay homage to the master of hitting. It was a day no sports fan would ever forget as Gwynn -- ever the magician -- arranged for his teammate, Rickey Henderson, to get his 3,000 hit that day.

Even that wasn’t enough. #1 son and I headed to Cooperstown in 2007 for Tony’s Hall of Fame induction. He went in that year with the other great native son who likewise never left his hometown – Baltimore’s Cal Ripken. Remarkably these two inductees did not receive 100 percent of the votes, which just goes to show you baseball writers can be stupid. The two nicest as well as greatest players of their era – maybe ever -- (Will’s book covered Ripken’s art of fielding) drew a record 75,000 people to the little hamlet where the Hall of Fame is housed.

My last connection with Mr. Gwynn was when the School of Business at SDSU invited me to speak to some of their students. I said fine as long as I can meet Tony. Tony had forsaken further riches to become the head coach of the SDSU baseball team. He was doing what he loved – teaching the next generation of baseball players how to do it the right way. Unfortunately, he and his young superstar (Steven Strasburg) were not in town. After having lunch with the Dean, I had one additional small meeting before walking back to my car. Across the quad I could see Dean McNaughton running after me -- as best as she could in her heels --while waving something. As we approached each other it came into focus. She said “I want you to have this.” It was a bat personally signed by Tony Gwynn. It now sits right next to my desk.

When the news came Monday morning that he had left us so young, I was overcome with emotion. In our culture today we put sports figures onto pedestals. They don’t often deserve such. But Tony performed at a nearly unmatched level while staying loyal to his town, his team and his family, and doing it with a gracious, warm smile and a helping hand to all. We did not lose a great baseball player; we lost a great human being. God be with you #19. As someone said, he is now batting 1.000 in heaven.