An American Solution to Income Inequality 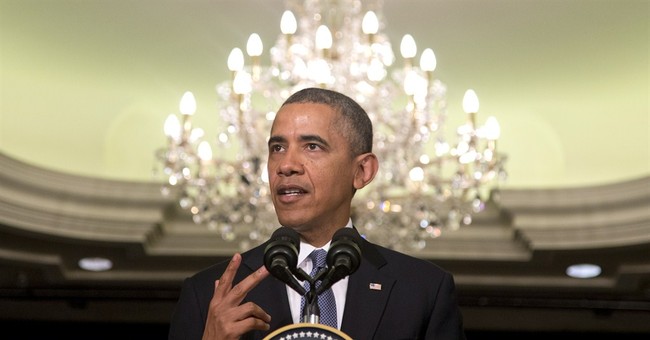 Our President has attempted to make a major issue of the difference between the very successful in our country and the rest of us as a focus of his party’s campaign for the 2014 elections. He does have a point that some people’s income levels have really soared while others have languished. He just has a wrong-headed solution to the problem.

Not surprisingly, Mr. Obama has chosen to resolve the issue through government intervention. He has a two-pronged effort. First, he has greatly increased welfare payments which have been dissected ad nauseum by this column. Otherwise, he has consistently thought of himself as Robin Hood -- robbing from the Rich and giving to the Poor. The second aspect is artificially inflating the wages of entry level employees (raising the minimum wage). Others on the left have been driving this issue for years; Obama has just nationalized the issue, providing cover for people at the state and local level.

I studied his policies and came to a different conclusion as to how to solve this problem. It is a simple solution, but as Ronald Reagan said “Simple is not necessary simplistic.” The solution is that we need to get these people jobs. What a concept! But let me explain.

Madame Pelosi is still blaming the Bush economy (she will probably be doing that on her death bed), but our president has been in office over five years and it is his economy. The Administration likes to tout that the unemployment rate has dropped during his term from over 10% to the current 6.7%. We all know that is because the rate of participation in the workforce has plunged. It is now 58.9%, down from 62.2% in 2007. That is a decrease of 3.3% of our population with wage earning jobs. That is about 10 million less Americans working and paying taxes.

The Administration speaks of how people are retiring and it is true our population is aging, but not that much and not in seven years. In addition, many 65-year-old citizens are vibrant and anxious to continue working in some capacity, but the job market is so meager it is hard for them to stay in the workforce. But that is where Obama misleads on the issue because the participation of people in the prime of their working years has plummeted. In the age group between 25 and 54 years of age, the current participation rate in the workforce is 76.7%. That is down almost five points from 1999. That is a lot of people in their prime earnings years losing time and earnings that they can never replace.

Our citizens who are suffering the worst are the college graduates. Barely half of college graduates since 2006 had full-time jobs as discovered by a recent Rutgers University study. And it's not getting better: Graduates since 2009 are getting the worst of it. They are three times more likely not to have found a full-time job than those from the classes of 2006-08. The percentage of underemployed college graduates has soared from roughly 10 percent to more than 35 percent since 1967 another study showed. While our President hops from college campus to college campus lecturing students on the benefit of a college education, the market tells them that a large portion of them are either wasting their time or seriously overpaying. 16% of bartenders and the same percentage of parking attendants have a college degree. Someone should tell them they could be unemployed or get a job in hospitality without incurring huge debt.

Despite that fact, you might now expect a rant on how Obama’s policies have harmed the job market: there is no need. If it is not self-evident to you that something is wrong with the job market from the information above, there remains nothing else to say.

But what our president and his team do not understand is that if the job market were healthy, the income inequality issue would largely self-resolve. In a competitive job market wages are driven up naturally. People move from job to job advancing their careers and others get a chance to move up as positions need to be filled. If you don’t believe this because you have not seen it for a while -- move to North Dakota. You will see a living example of the remedy for what Obama pleads needs a government solution. We don’t need government intervention; we need more jobs.

Currently, employers dither and delay. They can pay lower wages because there are so many people clamoring for each position that is available. It is really a basic concept called supply and demand.

Mr. President, you would really help your citizens by getting out of the way and letting the capitalists take over to get the job market humming. Stop putting roadblocks in front of them. I know that is a pipe dream because he is a committed statist, but one can still dream in Obamaland.