Banks Play Ball with Government to Hand Over Your Assets 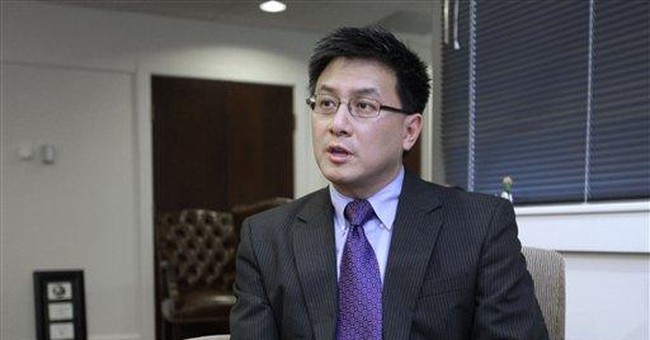 Four years ago, I wrote a column about how the state of California had passed a law to make retailers turn over any unused gift cards to the State after a set period. The law did not consider any effects on the retailer; just the fact that California was grubbing for new revenue flows and once greedy politicians see a target they can devise any rationale for why the money or new tax should be placed into their coffers. The column also explored how the State was taking money from unclaimed bank assets as if it were another revenue stream. I never thought I would get caught in the trap, but I did.

Recently after hearing that the State Controller had a website my nephew decided to go fishing on it for kicks. Surprisingly, he found there was an asset listed on the website that was under my name. It was from a cashier’s check issued by a major bank. The website had the information listed regarding the check and the person to contact at the bank. It did not take me long to contact the bank though it was in another time zone.

The bank representative I spoke to asked me if I had contacted the State of California. I asked her why I would do such. My name is Bruce Bialosky. There are no others in existence and it is obviously my asset so why would I go through their rigmarole when we can handle this between the bank and me. She was totally unfamiliar with the process to get me my money despite being the listed representative of the bank. She said she would research that and get back to me. Then I asked her the proverbial $64,000 question: since the asset had been in their hands since October, 2010, had anyone tried to contact me? She disclaimed any responsibility for that process. That is when I asked who at the bank was responsible for the unclaimed assets. She had no clue despite being the identified person on the California website. I then asked my favorite question in these situations – “May I speak to your supervisor please?”

When her supervisor (a high up person in their accounting department) called back, I asked her the same questions which are 1) did anyone try to contact me and 2) who at the bank was responsible for unclaimed assets? She had no clue either, but she promised someone would follow up. Indeed someone did and that was the manager of the branch where the check was issued. She rambled on about their process with cashier checks and how this one had fallen through the cracks. I asked her if she once tried to contact me. I told her I am all over the internet. I am readily accessible. While we were talking I went on Google and found my telephone and address in less than a minute. I asked why they had not done that simple act. She had no explanation, but she lauded the Controller’s website. I then asked again who at the bank was responsible for unclaimed asset and she had no idea, but someone would get back to me and someone did.

A senior vice-president called me from their headquarters. When I asked if they had tried to contact me he stated they sent two letters to the issuer of the check. I replied “Ah, snail mail.” He said it referred them to his professional bankers at an 800 number. I stated that people working at a call center were not exactly professional bankers. I then asked again if there was anyone at the bank who was responsible for unclaimed assets. He finally confessed in a convoluted manner that there was not and again lauded the fact they were working with the state of California to identify owners. I took this opportunity to enlighten him that the state of California has an ulterior motive in that they actually want the assets for the State and that they have only modest concerns for the owner of the asset. I asked him if the bank could not find me, what are they doing about the little old lady who was less able to protect herself? I told him the story of the lady who the bank could not find so they turned over the assets in her safe deposit box to the State. In the safe deposit box was the trust deed to her home where she still lived and they still could not find her. I told him in my case how disgraceful his bank’s actions have been.

John Chiang, California State Controller, has unclaimed assets as the leading item on his website. He is pushing this issue to make him seem like a protector of the people and showing how many unclaimed assets are now reported and claimed annually. He never states how many end up in the State’s hands because no one has made a real effort to find the asset’s owner including the State. Banks are uninterested in spending their personnel’s time finding people that will not enhance their position and they now know the assets will be the State’s anyway.

I have to say once I sent the notarized form in to claim my asset the bank had my money to me in a few days. I am one of the lucky ones, but what about the ones who don’t have my resources. The real winner here is the government with an asset from the bank.