Mitch Albom: Doing Right While Being So Wrong 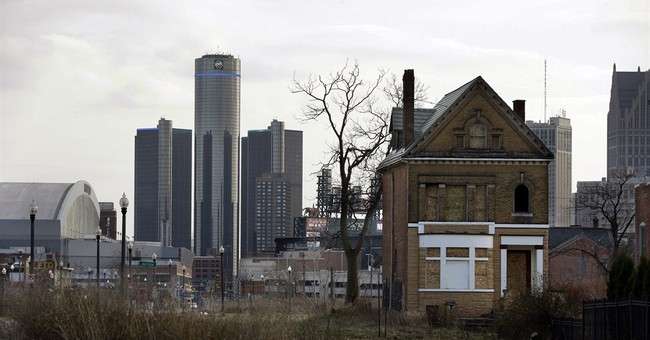 Sometimes someone else’s column just smacks you up against the head trying to understand what they are thinking. Mitch Albom, the sports columnist for the Detroit Free Press and author of Tuesdays with Morrie among other books, wrote such a column which in many ways defines what is wrong with America today.

Albom’s column centered on the challenges of Texana Hollis, who had lived to be over 100 years old. He starts by telling how she had lived in her home for over 60 years. Then at the age of 101 years old, as Albom states “she was thrown out into the street.” He does state that her son took out a reverse mortgage, and then failed to make payments at some point or to pay the property taxes.

That is the final mention of her family in the column. He tells nothing of what her family did to help her with her problem. This is a woman that one could presume had at least great grandchildren if not great, great grandchildren. There was no one to help her keep her house in these three-plus generations of descendants? The house she lived in was in Detroit. They are giving away houses in Detroit. How much would it have taken to straighten out this situation? But her family just apparently disappeared.

To Mr. Albom’s credit he never mentions who evicted her from her home, but he makes clear that the payments had not been made for her mortgage or her property taxes. Then he states “They say the mark of a society is how they treat its oldest citizens.” It is not clear who “they” are that says that, but we can all agree that it is not nice to throw a 100-year-old widow out on the street. But is it an implied responsibility of the lender that did their job or the government who has not received their tax payments? One might again think where was her family?

Here is where the good happens. Mr. Albom finds out about the plight of this grand old lady and intercedes. Through a foundation he operates he purchased the house back for her. He talks about the struggle of working through the paperwork to regain the title to the house for Ms. Hollis, but the charity did just that.

Then he speaks of how the community pulled together to help repair the house. He states, “Many Detroit volunteers helped clean her rooms, paint them, refurnish them.” Then they all gathered to celebrate her 102nd birthday. She thanked everyone for coming to her rescue.

Then again Albom bemoans, “That’s how it feels getting old in this country. You need someone to come to your rescue. If not, you are left to go broke from doctor bills, or to be tossed from your home, or to die alone, unattended.”

First, no one would want to be in Ms. Hollis’s position. Even if you do the most careful retirement planning, we can guarantee most likely you will outlive your resources if you live to be over 100 years old. Whose responsibility does that become? Mr. Albom never points to her family, but just the possible culprits of why she lost her house. What he does not ever point out is that the families of senior citizens, as they age into their 80’s and 90’s, are responsible for them.

But this is a joyous story and one we should all celebrate. In the face of an irresponsible family, in steps the next level of support that America was built on – a charity. How delightful! And then as the story of her dilemma spread, who stepped in next – members of the community. How wonderful! This is what America is all about. First it is the responsibility of the family, then friends, then charity and then community. This could not have been a better story in that regard. The only small downer here is Ms. Hollis died just short of being 105 years old. But wouldn’t most of us wish to have had this experience of dying in our long-time home that was wonderfully improved by a loving community?

Mr. Albom is so confused about responsibility in this country today. People look to the government or big corporations instead of what they should rely on first and foremost: family, church, charity and community. That is the sad part of this story. Even a smart man like Albom has become so confused about lines of responsibility in America today he cannot celebrate the beauty of the story he was intimately involved in creating.