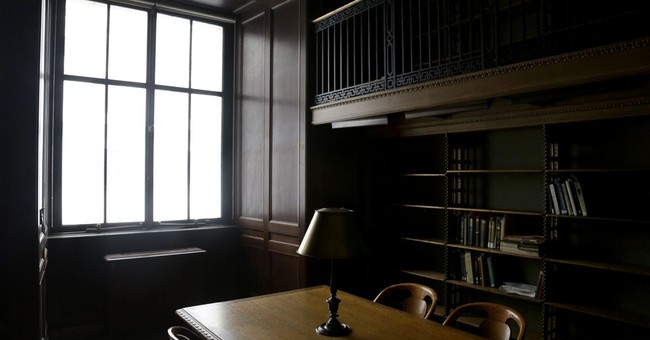 As a regular reader of this column, you are acutely aware of the crisis in college education and particularly the soaring costs. As costs have climbed very little effort has been made to control them or limit the genesis of those costs. Our President has floated a plan which is destined for the scrap heap to have the federal government step in and rate colleges and then control federal funds to those colleges. A new way of funding college educations has emerged from the legislature in Oregon, and we took a look here.

We first became aware of this new funding program by reading a column by Katrina vanden Heuvel in the New York Times. You may ask why would we be reading someone who is “to the left of the left” in America? The answer could be we are suffering your pain for you. Or we could say that we have always advised you to read the left because ignoring them allows them to float their ideas without any counterbalance. Needless to say, Ms. Vanden Heuvel was effusive about this idea and suggested “What happens in Oregon, in this case, shouldn’t stay in Oregon.” She ended her column stating “Maybe Congress can learn a thing or two from Oregon.” We are talking a full-throated endorsement here with a suggested rollout to all fifty states through federalizing the idea. Gosh, we had to dig in to this and find out what exactly was going on in Oregon.

We looked up the author of the bill and it turned out to be Republican Gene Whisnant. When we spoke to Assemblyman Whisnant, we found out his bill really had nothing to do with this brand new funding idea. His bill was regarding controlling costs at state colleges, and a Democrat had added the funding proposal to his bill. Since Representative Michael Dembrow is the chair of the House Higher Education and Workforce Development Committee, Whisnant did not have much choice but to incorporate what Dembrow wanted into his bill.

What Dembrow is proposing is a plan dubbed “Pay it Forward, Pay it Back.” The essence of the proposal is that students would not pay money for their education while attending college. They would agree to pay back the state of Oregon 3% of their earnings for 20 years after graduating. This proposal not only was covered by the Oregon press, it was covered nationally by such publications as the Wall Street Journal. Both houses of the Oregon Legislature passed and the Governor signed a bill to create a study committee to develop a pilot program which would have to be approved by the Legislature in 2015.

Since facts were sketchy about the plans for the program, we spoke to the man behind the proposal. Representative Dembrow is an instructor of English at the community college level and, since the Oregon Legislature is a part-time job (hear that California?), he stills teaches. Mr. Dembrow is quite a nice fellow and very cooperative, but had very few answers for the realities of the program.

We asked what was wrong with the funding program that we now have for college. He cited, for example, that the loans being taken out were impairing the credit of the individuals when they might apply for home loans. I told him that the people would have to declare the obligation of paying back 3% of their adjusted gross income (AGI – which he clarified as the determining amount) when applying for a loan, and that they would not be in a significantly different position. That was a revelation to him and he said they would have to take that into consideration.

The bigger question revolved around the fact that the person would agree to pay back 3% of the AGI for 20 years. I offered a scenario of someone who came out of college and worked very hard to make $100,000 a year. After seven years, he would have to pay back a lot more than someone who decided to become a ne’er do well. He had an answer for that. He stated there are now some people working just as hard as others, but making a lot less money. He asserted it is not fair that they should have to pay as much as someone who makes a lot more money from their college education.

We then broached the idea as to how they were going to enforce collection of these funds for the next 20 years. We asked with the mobile American population, how are they going to collect from someone who moves to Lexington, Kentucky? Dembrow suggested the best way is to bring in the IRS to assure collection, much like they do with dead-beat Dads. They have already started discussions with the IRS about that possibility.

We then asked that if you are starting a pilot program, how does one know it is working if you don’t run the pilot for twenty-plus years (four years for college then 20 years to collect)? Dembrow agreed that was a problem. He also stated that they need to establish funding for the program since the colleges would need funds now even though students were paying later. He stated that they were looking at bonds, but “Oregon law does not allow for selling bonds for this kind of funding and the law would have to be changed.” There are also talks with members of Congress to create funds for the program.

What would happen to the many students who do not complete the four-year degree was the next point of discussion. Dembrow stated the plan includes a charge of .75% per year (one fourth of the 3 %). We asked if he felt people who never completed a degree would be happy paying for the next twenty years? For that Dembrow had no answer.

In summary, we have a proposed plan that would allow students to attend college without putting any money toward their education by signing an agreement to repay the State of Oregon out of their future earnings for the next 20 years. The more financially successful you become after graduation, the more you would have to pay; thus penalizing success in our society in an entirely new manner. The plan has no source of funding and the main sponsor states without that funding it will never get off the ground. They are looking at the federal government -- which is flat broke -- as a possible source of funding. The enforcement of repayment is up in the air, but it is already perceived that the most hated organization in the country – the IRS – may be the only way to assure collection of the 3% of AGI that graduates are required to pay. In addition, no one ever tested whether the 3% collection rate would cover the costs of the college education. Those who attend college but never graduate will be expected to make payment for the same 20 years at reduced rates. And if the program is adopted, the only way to truly test the program is to run through a cycle for almost a quarter of a century.

Despite all this, leading leftists like Katrina vanden Heuvel have adopted this as the solution to our college funding problem. Other states are looking at adopting a similar program. It could be the aspect of penalizing the successful. It could be that it does not really address the problem of exploding costs driven by high salaries and expanding administrations which are mainly paid to left-leaning faculty and administrators. Whatever their thinking, this program appears to be a train wreck waiting to happen.