Why Our Democracy Has Succeeded While Others Failed 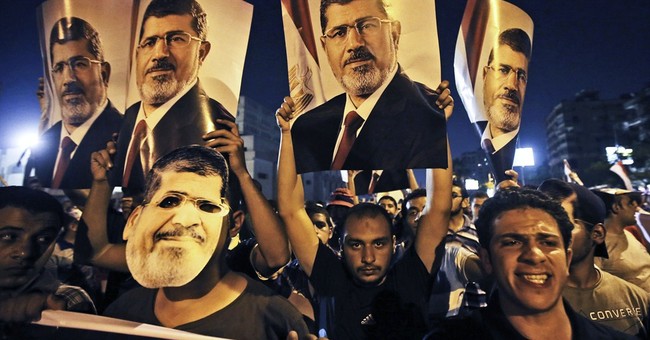 Egypt is on everyone’s mind as a democratically-elected government was overthrown by the Egyptian military. It is utterly necessary as the country was moving toward an Islamic state, slowly turning into, at minimum, an oligarchy if not a dictatorship. The question becomes why, after only about a year, did the government fail where ours has endured for 226 years?

The answer is right under our noses and we often do not think about it. Our government had the advantage of six giants of history involved from the start. Those men were Washington, Adams, Jefferson, Madison, Franklin and Hamilton. Each one asserted an influence of deep dynamics that thrust us forward on the road to not only being the most successful democracy that has ever existed, but also the most economically successful and sound country in history.

As for Egypt, where are those people. For example, in our evolving time the world now has effective leadership from women, but you don’t see a female face in any of their councils. There may be a few here and there, but none at the highest rungs and none in the Muslim Brotherhood.

If you cast back to our leaders from our inception, these are people who stepped up to the times. As you may have noticed, the list includes our first four presidents who gave our country tremendous stability in the first 28 years. That was despite some severe disagreements. Shays’ Rebellion in 1787 threatened the newly-forming government before it even could get off the ground. Four years later the Whiskey Rebellion challenged President Washington in his first term and threatened the nascent government. Yet, because of the strength of the leadership and structure of our government that had been formed, we survived.

There rarely is any thought of a military coup in the United States. When you hear that comment from people, you can start looking for their aluminum hat. I have spoken to foreigners around the world who have expressed that such a thing would never happen in the USA. Yet because of a totally inept government In Egypt that has left their economy in total disarray, they have further exacerbated the crisis. The economy of Egypt is largely based on turning viewing their ancient sites and antiquities into Disneyland. It is clear only a few brave souls have visited Egypt since Morsi took over as President.

Alexander Hamilton as a protégé to George Washington created a structure for our financial markets. Through the leadership of Washington and his successors, ambitious people came to America and built the free enterprise system that made us the economic engine of the world.

What Morsi did as president of Egypt was spend his time jailing journalists. What he spent his time doing was making laws that subverted the rule of law established in the newly adopted Constitution (that had challenges itself), heading him toward being a dictator and not a president. What he did not do was calm the country so that people could start getting back to work. The people instead took to the streets. Over a quarter of the population (22 million) joined the protests to express Morsi had to go. With no apparent person on the horizon having the ability to unite the Egyptians to move the country forward, who then will take over?

Not only did we have the six giants listed above, we had a bevy of people who were right behind them. You could include John Jay, President of the Continental Congress and the first Chief Justice of the United States. Where is a similar person in Egypt stumping on Morsi’s subversion of the Constitution? John Jay and the other justices would never have let Washington take over as the ultimate ruler. But that never was needed as Washington established the custom of stepping down after two terms. No one ever thought of being a dictator.

We can all come forward with other consequential people in the early stages of America. Samuel Adams, Patrick Henry, Nathan Hale, Elbridge Gerry and John Hancock are just few. All these people and others made this country what it is today.

We were blessed with great leadership that established the rule of law through a Constitution and their actions. Democracy is not easy. Egypt is a perfect example. Hopefully, during this round Egypt will find some of their own giants. In the meantime, Americans need to be patient because democracy takes time.