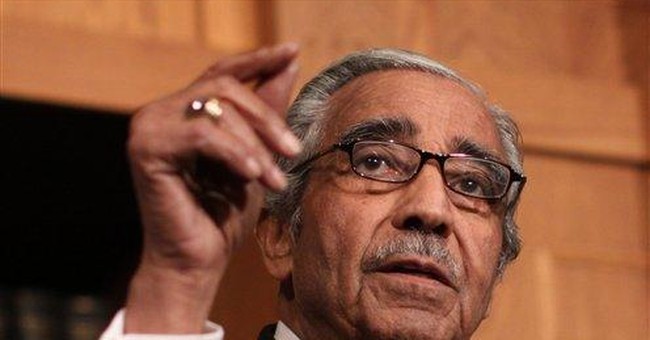 You have to love these people who argue that border enforcement is counterproductive because it keeps illegal aliens from leaving the country. It takes a certain level of belief that the American public is really stupid to foster that position.

You have to just laugh at the Democrats who argued for seven years that the “Bush” tax cuts were for the “rich” and made it a critical point of their 2008 presidential campaign. Now they are arguing for keeping the tax cuts for the middle class (actual 85% of the “Bush” tax cuts) and not the “rich”. It is one of those times of political duplicity that we political junkies find highly entertaining.

The rage going on about the loss by Mike Castle to the “radical” Christine O’Donnell begs for the truth. Republicans are not being reactionary by selecting new faces over some stale old faces. They are reacting to the American people saying they don’t want business as usual from the “good old boys.” The Democrats have not heard the message as, for example, they renominated Charlie Rangel and Maxine Waters both of whom are charged with ethics violations by the House. Republicans are listening, Democrats are tone deaf.

After the Obama Administration initiated war games off the Korean coast as a show of force to the North Koreans (in retaliation for their sinking of a South Korean ship), a North Korean spokesman stated that they would enter into a “sacred war.”

Could someone please explain to me how a Communist country, that is by definition devoid of religion, can enter into a “sacred” anything? Maybe they had a Come-to-Jesus moment.

Last month, the Taliban and their friends from Al Qaeda massacred eight volunteer healthcare workers whose sole mission was to help the unfortunate of the region. Anyone who does not clearly see the need to stay in Afghanistan and wipe out these terrorists seriously misses the point of what we are doing and why we went there in the first place.

What do Martha Stewart and Rod Blagojevich have in common? They both were prosecuted (some may say persecuted) by the U.S. Justice Department for a laundry list of crimes, but only convicted of lying to federal authorities.

Both of these people are unattractive. In fact, Blago is downright slimy. Still, it is abhorrent that these people sat through these trials and were found guilty about lying about crimes of which that they were never convicted and thus do not exist. The absurdity that the federal government can bully American citizens and then convict them of these inane charges just diminishes the stature of our justice system.

Speaking of justice, Roger Clemens will never be convicted of any charges. After he’s acquitted, the only question will be whether the pretentious sportswriters who found him guilty before the trial will do a mea culpa and vote him into the Baseball Hall of Fame.

Just in case I ever needed more evidence of how clueless the current administration is on economic issues, another example hit me smack in the face the other day. The lead story of a major national newspaper described how sales of existing homes had plummeted 27%. The article immediately following indicated that the Obama Administration was proposing new fees on housing lenders. You just have to shake your head at how ignorant these people appear to be.

Environmental groups have apparently made a formal request to the EPA to ban lead bullets. Their justification is that the bullets are toxic. Do these people ever think about their proposals? This is when you wish Groucho Marx was around to make fun of this stupidity.

Believe it or not, Jimmy Carter finally accomplished something of great good other than helping to build houses. He went to North Korea and brought home an American citizen.

It speaks highly of the virtue of this country that we would send a former American President halfway around the world to negotiate the release of one person. That is one of the many things that make this country so great. Good job, Mr. Carter.

Having previously been criticized for using questionable language regarding Glenn Beck, I might be somewhat cautious diving back into the pool, but this time I have only praise. You have to marvel at the fact that the man was able to organize an event where more than 300,000 people traveled to Washington to experience it.

Watching the left do back flips to find ways to criticize Beck has been extremely entertaining. If you listen to some of the pundits, Beck’s message of country and God appear to have been code words for hatred and racism. At a minimum, you have to marvel that all those people left the place in pristine condition - quite a difference from the last crowd that visited – the Presidential Inaugural. I have always said that no Republican would ever litter.

Ed Schultz, speaking on MSNBC’s Ed Show, suggested that attracting 300,000+ people to D.C. was not that hot. He said that all he would have to do is contact his friends in the unions and he would have a much larger crowd. The answer to that is obvious: Go for it, Ed. Show us what you can do. Just make sure to clean up after yourselves.