They Have No Interest in Balanced Budgets 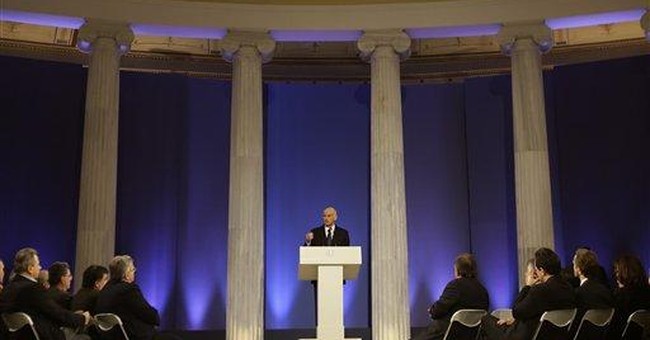 We have read a lot this year about state and local budget shortfalls, much of which has been blamed on the recession. Governments have responded by issuing furloughs and, in some cases, cutting back days of operation. Yet they’re not even close to facing the central challenge, and, as a result, budget problems will continue into perpetuity unless serious changes are made.

When revenues started falling, states predominantly took half measures to temporarily control their costs. Cutting back work days proved to be a stopgap answer. More importantly, they went crying to Congress and pleaded for money to keep state and local operations going. The feds responded by doing exactly the wrong thing – they included money in the Stimulus Bill to cover the shortfalls. Because it is actually illegal for most states to run deficits – a limitation that obviously doesn’t apply to Washington – the budget problem just continued up the food chain. While private companies have been forced to reevaluate their operations due to the recession, governments have been unwilling to do the same. Both private firms and public entities face the same challenges, but their responses are totally different because governments have a warped sense that they will always be able to extract greater revenues from their constituents through fear and coercion.

The states need to face reality as their revenues keep falling. Their highest priority should be a reassessment of the breadth and operations of governmental services. Five months ago, I looked at the deal that balanced the California state budget – a “balance” that lasted for about three days as decreased revenue and unwillingness to cut spending quickly created a new $20 billion shortfall. It became shockingly apparent that there was far too much being done by the state government. Though there is certainly a constituency for each and every “vital” function, they cannot all be funded by a shrinking revenue base. Choices need to be made, with priorities placed on public safety, transportation and education. Legislatures have to act as grownups and slash programs that don’t meet the essential mandate.

Second, instead of doing day furloughs and minor cutbacks, states need to confront their employee costs -- even in priority programs. Salaries, health insurance benefits, and retirement programs need to be slashed. As described in my earlier columns, government employees are now receiving higher compensation than private industry employees who are in similar positions and who effectively pay their wages. Stopgap measures that try to hold the line until revenues rise will solve neither the current nor the future budget problems.

Still very little effort has been made in any direction. To its credit, the state of New York took the first concrete step by scaling back pension benefits for their employees. They raised the retirement age from 55 to 62 and increased the employees’ required contributions to the pension plan. Unfortunately, it only affects new hires and doesn’t cover New York City employees, who represent a pretty substantial chunk of the employee base. In the end it is only a small measure, but at least it recognizes the problem.

Better news comes surprisingly from California, where the Citizens Compensation Commission (established by a state initiative) cut the salaries for elected officials by 18%. Dramatizing the lack of desire to take any cuts seriously, the legislators appealed to the Attorney General, hoping to nullify the reduction. The AG stunned the protesters by saying not only that the cuts were legal, but that they could be instituted immediately instead of in a year’s time. If a similar reduction were imposed upon every department in the state, we might begin to have some real progress.

These examples appear to be the exception, not the rule. We know that certain states such as Indiana have been responsible about their budgets. Then there are governments like the City of Los Angeles. Totally controlled by unions, the city provided a 22% pay raise to employees at a city-run airport in Ontario, California. This displays a complete detachment from reality.

With Washington again talking about providing more money to irresponsible state and local governments, our elected officials will not be made to face the music. In the past, states usually resorted to gimmicks to balance their budgets, but if the feds keep feeding them money from their “bottomless” pot, state and local governments will continue to be financially irresponsible.

The only solution is for voters to put a stop to this by first living with less government and then by electing officials to fulfill that mission. Until that is accomplished, we will constantly be on the edge of fiscal collapse. If bondholders stop buying our bonds, then the game will truly be over.