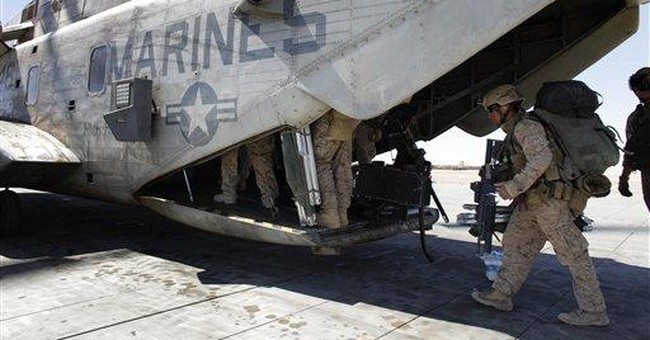 The principal reason for the poor employment numbers continues to be the non-existent fiscal policy of the Obama Administration which persists in touting the ineffective stimulus package and making up numbers about saved jobs.

What is missing is any encouragement for employers to create jobs or rehire former employees. Impending programs like the burdensome health insurance plans and cap and trade, combined with the pending expiration of the Bush tax cuts, have stifled desires for expansion as uncertainty rules. Small businesses, the major economic engine, are discouraged from hiring any new personnel not knowing what the rules are going forward. Then there is the looming card check legislation.

The current floating of the idea of a jobs tax credit is woeful public policy. Businesses need stable long-term policies they can count on not sure term fixes. ##

I, I, and I: President Obama’s favorite pronoun refers to himself on a regular basis. This has been evident for a long time. It really became apparent with his acceptance speech at the Democratic National Convention. One might think he would lose the “I” and adopt the pronoun “We” when he became president, but so far this has not occurred.

Mr. Obama uses the pronoun “I” more than any other president in my lifetime. It is indicative of his attitude about his own importance. It is very unbecoming and will have a more negative effect on his popularity than he can ever imagine. ##

Afghanistan is not Viet Nam. Only 1% of the Afghani population support the Taliban whose fighters appear to be receiving and armaments principally from Iran and sympathetic Pakistanis. They don’t have Russia and China like North Viet Nam and the Viet Cong did. So the only really similarity is the presence of a committed guerrilla force located in a tough terrain.

If the Obama Administration and their allies in Congress leave Afghanistan without commitment to victory and turn the country over to an intolerant, anti-female, anti-homosexual, anti-just-about-everything else group, we will have positive proof that the Democrats cannot be trusted with national security issues and that they will fold on any war.

These Democrats are not your Daddy’s Democrats. FDR would tell them the war is over when we win; not when it gets tiresome.

It never fails to shock me at how members of the arts community will support another artist no matter what that other artist has done. The most recent case is the arrest of Roman Polanski.

Mr. Polanski committed a serious crime. Polanski plea bargained the case because the D.A. at the time wanted to protect the 13-year old girl from having to face a court trial. After being less than a man by committing the act, he was again less than a man and ran away.

If you are going to ax-murder someone, Make sure you have published a nifty novel so that you can have the arts community protesting on behalf of your tortured soul. Maybe you can get Whoopi Goldberg to say it wasn’t a “murder-murder.”

Speaking of those wonderful “sinless” members of the arts community, let’s visit the recent actions of David Letterman. The news broke that there was an extortion plot against him.

He was being extorted because he was a serial philanderer while living (for 23 years) with the woman he finally married after having a child with her. One might say that this is a personal morals charge. But if you focus on whom he had these affairs with, you quickly realize that if he ran GE, women’s groups would be calling for his head. His affairs were with his staff – his employees – his underlings. That is not a morals charge in today’s environment – that is called sexual harassment. Don’t worry, Dave will not be charged or fired – he is an artist. As an aside, his longtime companion/now wife was formerly a member of his staff as well.

Watching him describe his situation on his show was painful. He displayed no remorse for the adultery or using underlings as sex toys. He appeared to have no sense he had done anything wrong to get himself into this situation. That is what happens when you are treated for decades as if you are “special.” He finally apologized for his adultery after a long weekend at home and made jokes about it. ##

In California, the Forest Service (which the federal government actually controls) cut back personnel directly before the fire season. Where is the uproar? Where is the finger pointing about incompetence? Where are the demands for the heads to at the federal agencies? How about the charges of racism? Unlike Katrina, this actually is a federal responsibility. ##

I support the idea that all Americans should have health insurance. But what I really support is they should have hospitalization – what it was called when I was growing up. Here is the hitch. It cannot be done and the cause is the Democrats. Not too many people would argue the importance of even a healthy young adult having insurance for catastrophic medical occurrences. The problem is once that requirement is established, the Democrats will begin to lard up the policies with other requirements like chiropractors, pregnancy coverage, et al. If you don’t believe that, just review what they have done in state legislatures across the country. Try to get stripped down coverage -- you will find it nearly impossible.

Another consideration is the case of automobile insurance. It is required in almost every state in the union, yet over 15% of drivers do not carry it -- a number similar to the medically uninsured. What makes lawmakers think that when they establish a mandate for health insurance that more people will comply than do for auto insurance? ##

Anyone who believes that the recent maneuvers by Iran moves us down the road toward stopping development of nuclear weapons is simply being foolish. ##

The Nobel Committee demeaned not only the 200+ nominees this year who did not receive the award, but ALL of the prior Peace Prize winners. Don’t blame President Obama for the committee’s political rants.